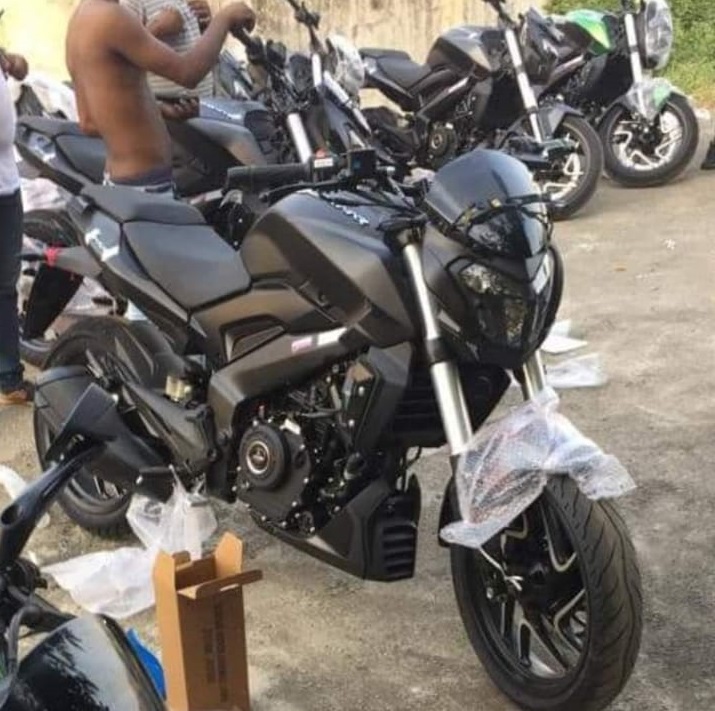 After its media ride, it is weird that there is no conclusive official launch date of the new 2019 Bajaj Dominar. Nonetheless, in certain pics shared at Bajaj Dominar Owners Facebook group, the motorcycle is claimed to have been spotted at some dealership stockyard, suggesting that dispatches to showrooms have commenced.

It is being reported that the new Dominar will be available in only two colours in India – Green and Black. It has been spotted in red and white as well but Bajaj is keeping them for export markets probably. However, within a few months, we expect Bajaj to bring in more colours to Dominar’s colour palette.

For this amount you get almost 5 more horses, Upside Down front forks, DOHC engine, new double barrel exhaust, changes to the information display on the twin instrument console, etc.

That’s quite a bargain and with this, Dominar will take the baton of being one of the most value for money motorcycle forward. An official announcement will further cement the belief that the new Dominar will indeed cost only this much. Bookings are already underway at all dealerships and deliveries should commence shortly.