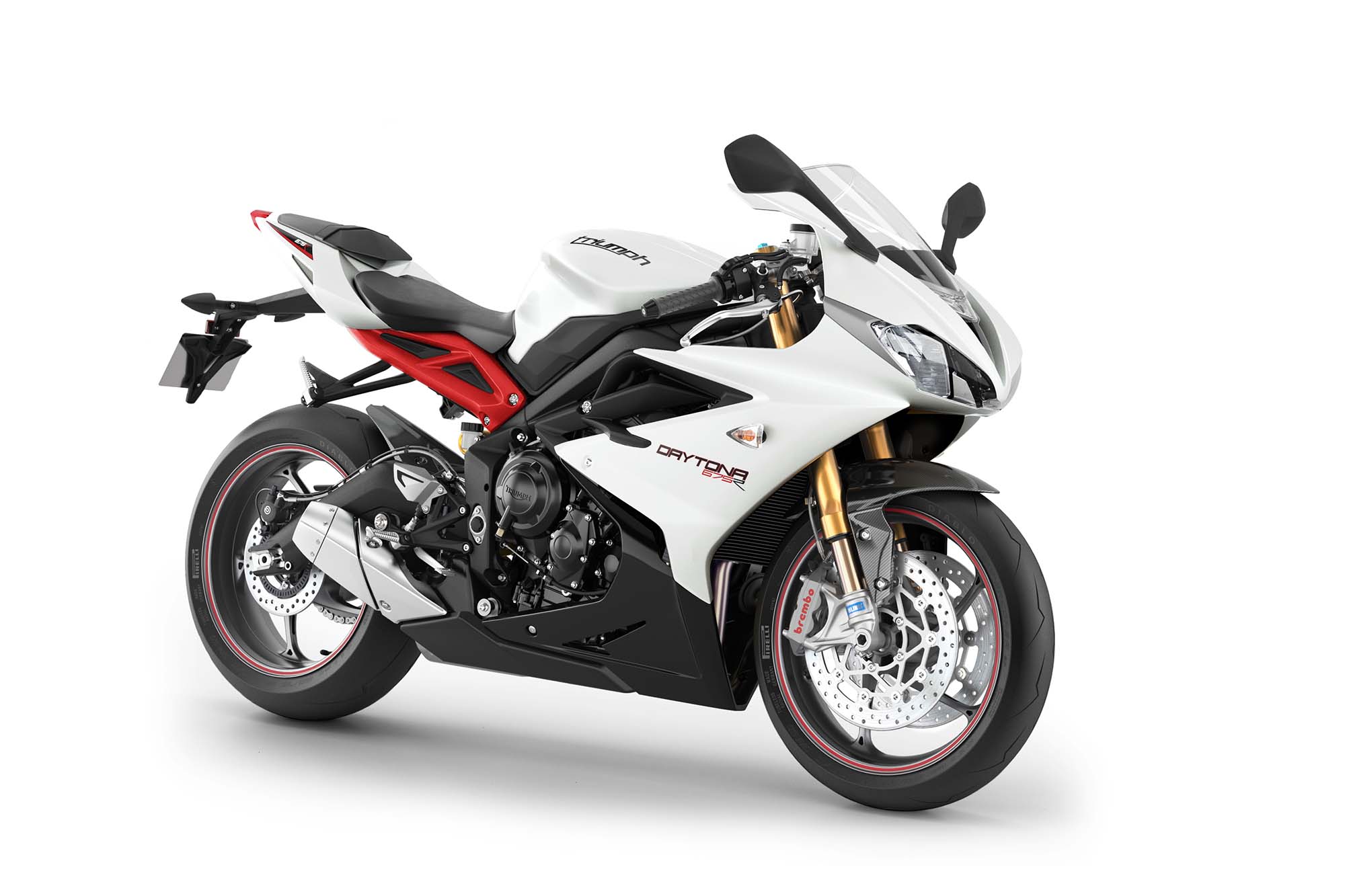 The British motorcycle brand, Triumph revealed their much anticipated and long-awaited replacement for the Daytona 675 and the Daytona 675 R sportbikes at the EICMA Motorcycle Show, 2012. The 2013 versions get new engines of an over square design with increased bore and a shorter stroke. These changes will result in the bike delivering more top end performance, albeit at some compromise of bottom end power delivery. A shorter stroke also means you can rev the engines to very high RPMs, making it sportier. Although the exact bore and stroke values have not been revealed by the company, the total displacement effectively remains at 675cc. 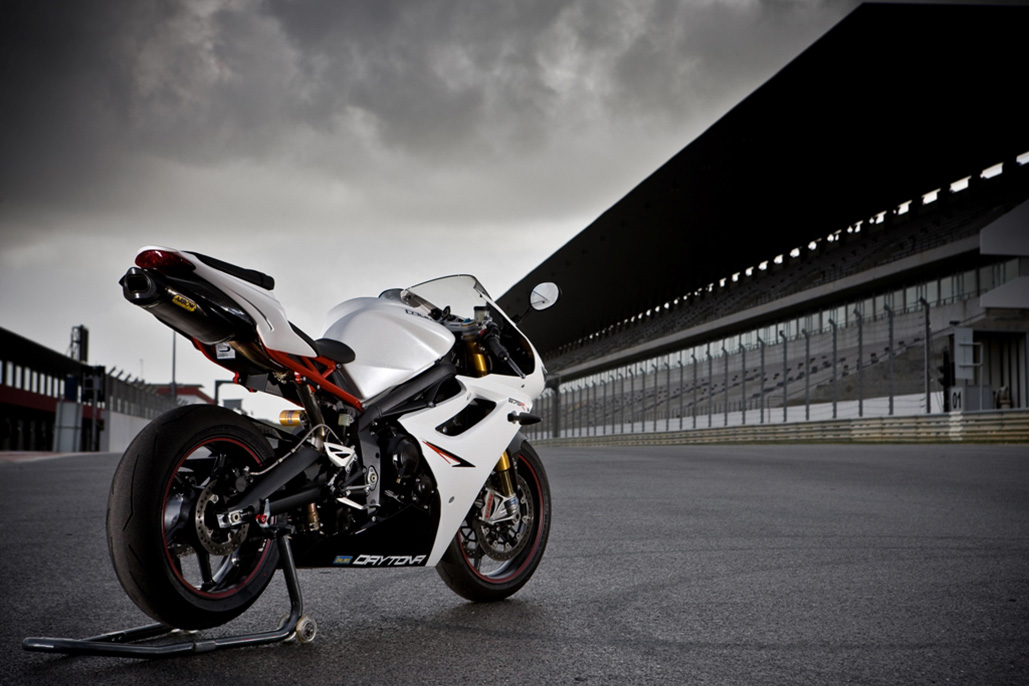 An interesting fact about this engine is its titanium valves that allow the engine to rev as high up to 14,000 RPM that is 700 RPM more than the outgoing model. Triumph engineers have fitted additional fuel injectors to provide extra fuel in additional to the primary injectors. Other modifications include a slip-assist’ clutch, although not a true race-style slipper clutch. The company claims this reduces clutch lever pull while offering some degree of rear wheel stability during hard braking or deceleration. The “R” model gets an electronic quickshifter too. The intake has also been enlarged and now the engine produces a peak power of 126 BHP and a peak torque of 75 NM. 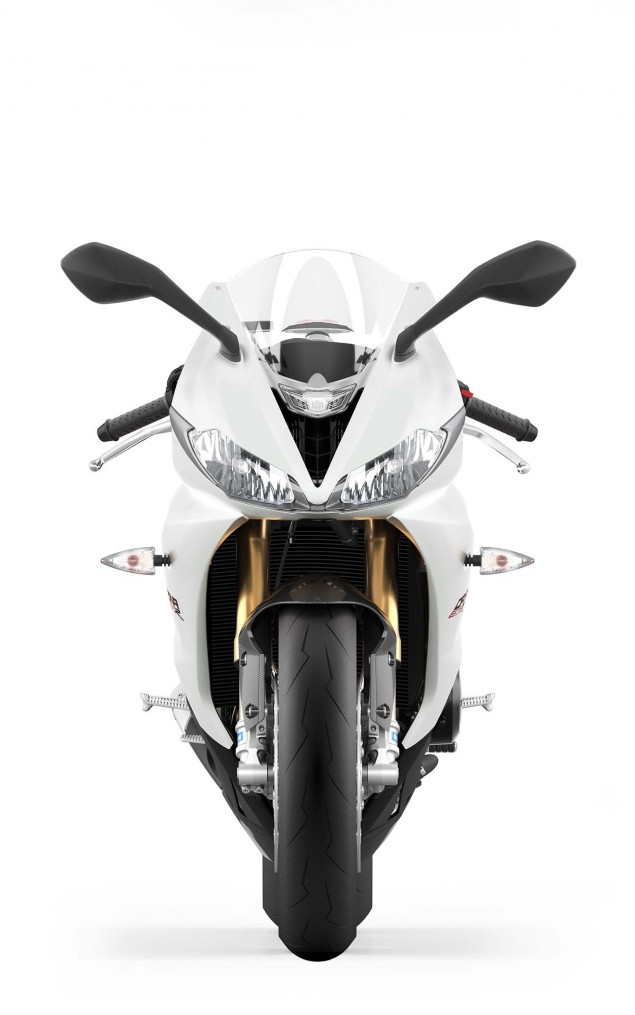 Coming to the ergonomics, the bike gets a lower seat height and the position of the handlebars has been modified to reduce wrist discomfort when riding. The styling remains quite similar with its signature double tear drop shaped nose. It also gets a new fully digital LCD instrument panel and can even display the tire pressure with triumoh offering an optional Tire Pressure Monitoring System. Suspension sourcing remains the same although detailed specs are yet to be released. The steering geometry and the wheelbase have also been tweaked to sharpen handling and make it in tune to the bike new weight distribution. Triumph has already announced their serious plans for the Indian market and I hope this bike is also added to their Indian offerings. 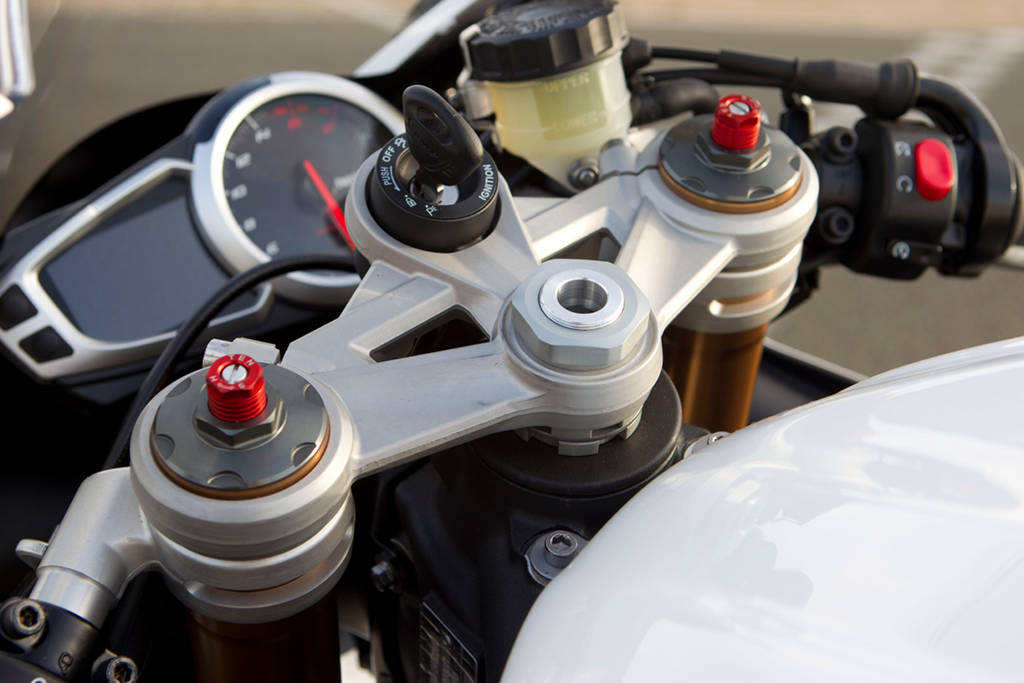