About 1500 kilometers of road is what separates Mumbai from Delhi. We were offered to measure the distance on something that is as exotic and classic as anything in the world could be – Indian Motorcycle’s massive Chiefs! We instantaneously obliged and as I am writing this text, BikeAdvice’s team members Syed Shiraz and Neelanjan Chakraborthy are on their way scorching through the tarmac, enjoying the serene surroundings our nature has to offer, even in this heat!

We were flown from Delhi to Mumbai yesterday morning where both the biggies were waiting for us to start our journey.. a long one which has not been done many a times in the past on these two awesome heart-throbbing monsters! 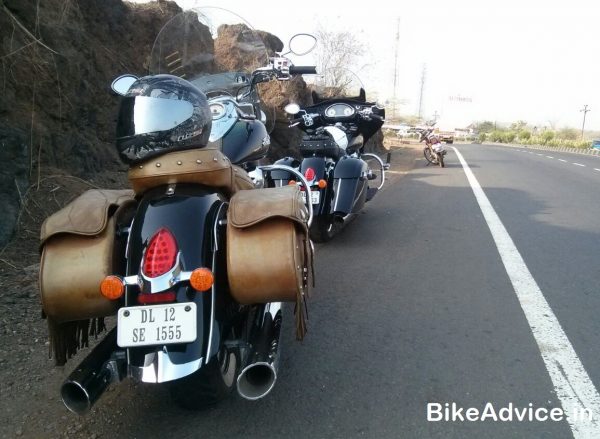 We had two route options – via Gujarat and one via MP (NH3) and since our Editor has done the NH3 (via MP) route till Indore a few weeks back, we decided to stick to it, at least till Indore. We traveled through and through and reached a place near Indore late where we stayed for the night. 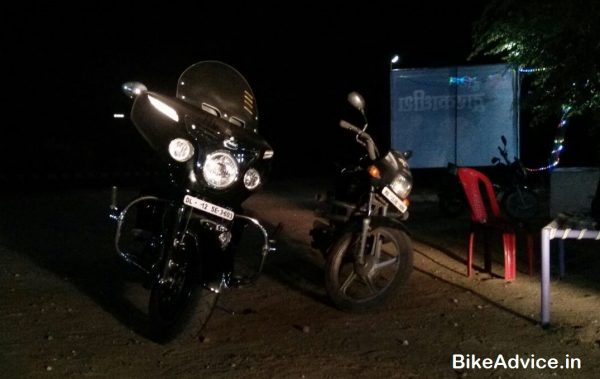 After a sound sleep we woke up late in the morning to continue our Mission Delhi! Here also we had two route options – one via Agra and the other one via Jaipur. After having a quick discussion, we have taken the Ratlam-Ajmer-Jaipur-Delhi route, as was suggested by one of our friend who has been through both the routes. 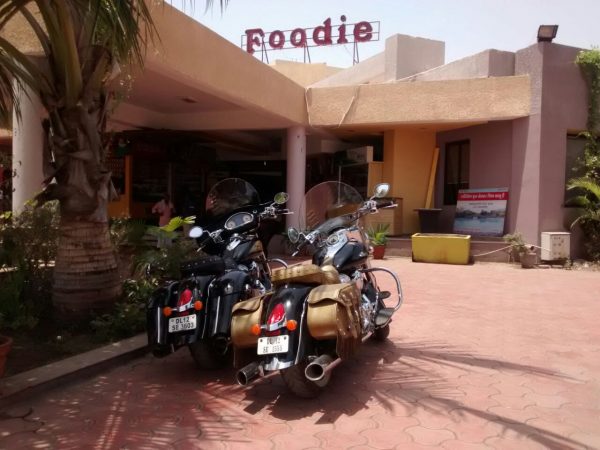 As I write this, our team plans to reach Ajmer by today and retire for the day to start off early morning tomorrow to reach Delhi during the day. 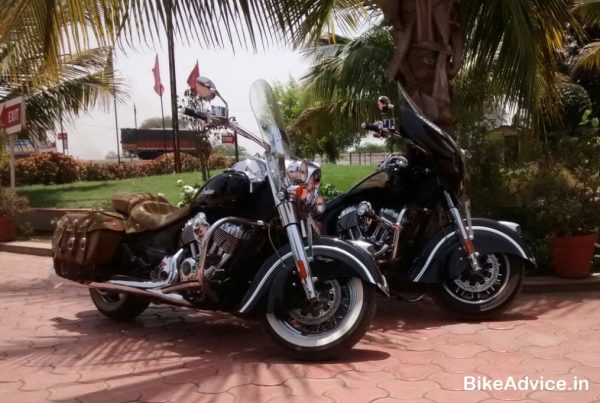 Quick word on the Indian Chiefs: The pleasure is something which we have never experienced before and its brutal shining machinery thundering across the tarmac. That’s leisure motorcycling at its best. Fun – Priceless!

Team BikeAdvice is on a mission – We are riding two exotic Indian Motorcycle Beauties from Mumbai to Delhi..Distance =…

We are updating our Facebook page with details. A complete travelogue along with tons of pics will follow.. Stay tuned 🙂