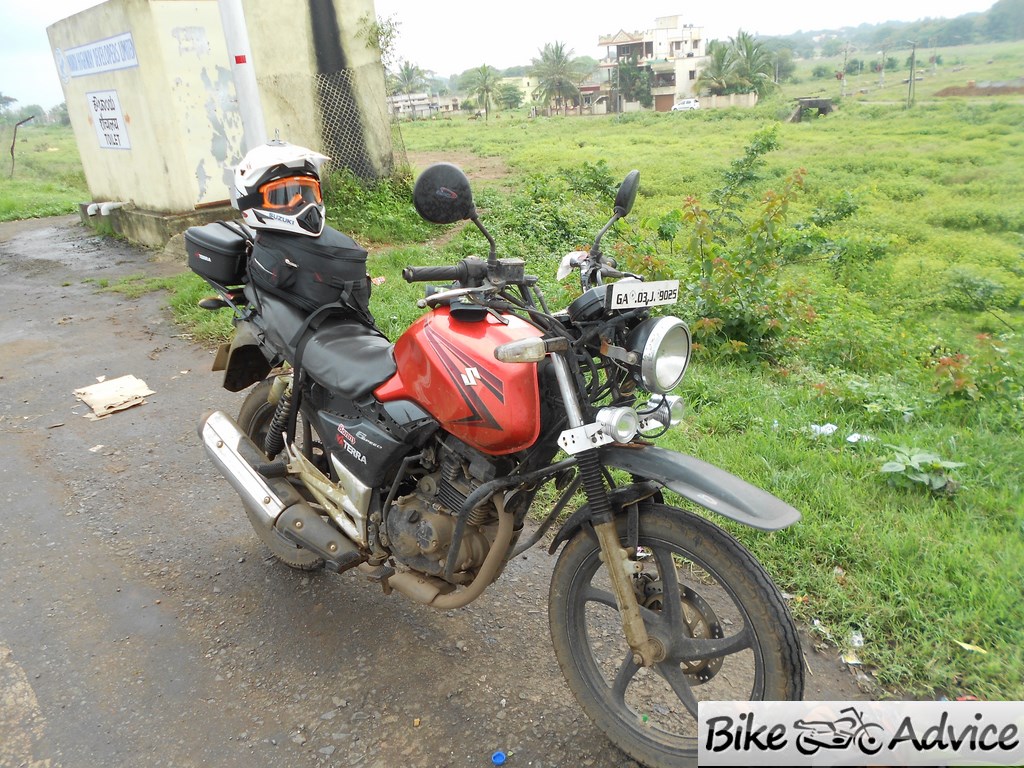 I have been into biking for quite some time. Rides which cover distances of 500 to 600 kms in a day had become a common affair.
Thats when a very close friend of mine Mr. Madhusudan S. K. suggested the Saddle Sore Rides. You can check details here. 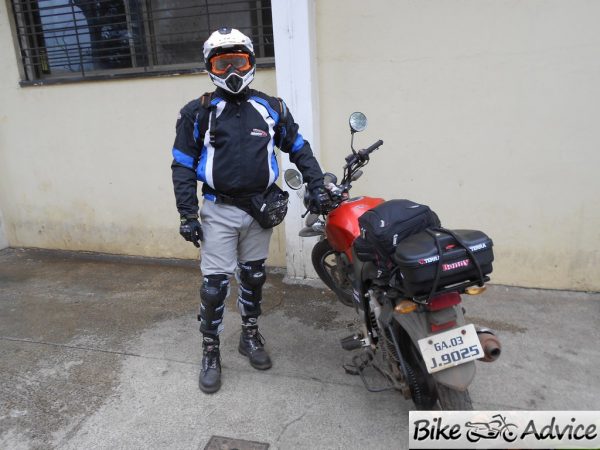 Well it was supposed to be a ride we were to do together. But then as fate would have it Madhu migrated to London. Left to my self I always wondered as to when I would attempt the ride. Mind you, its not an easy ride and requires not only physical, but, mental preparations too.

I remember a time when i was going through the calendar looking for suitable dates. Wanted to club leaves with a long weekend or may be a public holiday. Plan to attempt the ride failed a couple of times and both the times it was last moment change in plan. In the mean time I kept reading blogs of people who have attempted this ride.

Finally the date for the ride was zeroed in for 11th September 2013. This ride requires one to ride for more than 1610 kms in 24 hours or less. The route I decided was Gokul Shirgaon to Nemlamangala – Bangalore to Pune and back to Gokul Shirgaon. Since my starting point was 200 kms away from home, I decided to ride upto Gokul shirgaon the previous day i.e. on 10th September.

Preparations started full swing right from getting the bike ready up to getting the gear. Viaterra chipped in by sponsoring me the Marine hydration pack, Fly tank bag and waist pouch. Do read my review on the same coming right after this blog. Trust me this gear was put through the paces considering the extreme nature of this ride. More on that in the review. 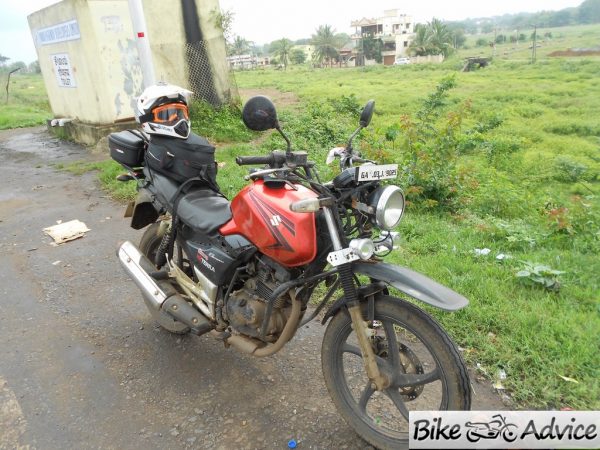 Next it was purchasing the right jacket and this is one task which kept on getting delayed as the online transaction took time to effect. Worst case scenario was staring me in the eyes when my purchase got executed on 7th September. apart from being a Saturday, it was also the last working day for sometime as 8th and 10th were holidays on account of Ganesh Chaturthi. Planet DSG on my request went out of their way and agreed to send the jacket right away by an interstate bus instead of the usual courier.

I reached my night halt of Gokul Shirgaon on 10th September at 8:00 p.m. and checked in to Hotel Sai Prasad. First thing I did was convinced the assistant manager of the hotel to be the witness of the start and end of my ride. Went to bed with anxiety, jitters and butterflies…….. Can’t express the feeling in words…

Early morning on 11th September and I started the ride at 8:32 a.m. to be precise. My first goal was to get to the closest possible fuel station with a functional electronic receipt printer and finding one is the toughest part of the ride Finally located one 90 kms down the road at Kakati near Belgaum. Tanked up, obtained a receipt and continued towards Bangalore. A sparse traffic only made the ride more enjoyable. This enjoyment continued upto Hubli after which the traffic increased and hence my pace reduced.

For people who follow cricket, this ride is similar to a test match and for those of you who follow athletics, its similar to a marathon. Now for ones who don’t follow either, start following them and then correlate. 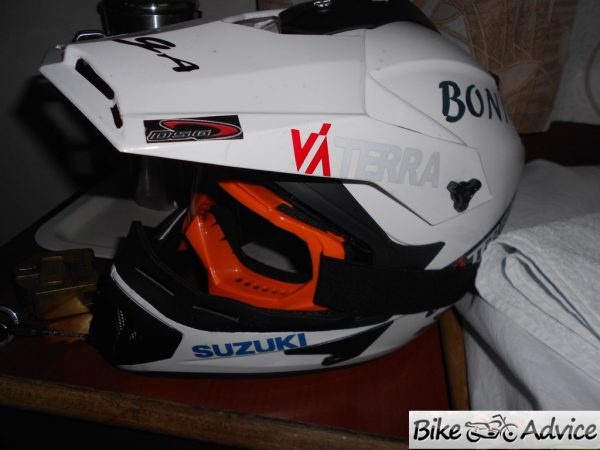 What I want to stress on is the ride requires planning session by session. So when you lose time in one session you have to cover up in the subsequent one and if you can ride faster then planned it gives that extra space for rests later. The marine hydration pack by Viaterra helped a lot in saving time as did not have to stop time and again to sip water. Their FLY tank bag which I used as tail housed all my belongings while the waist pouch was used to keep a lot of chewing gum.

My aim was to munch miles during the day especially the first half of the ride so that it gives me a cushion of extra breaks later. Well didn’t quite turn out that way though. Anyways I reached one extreme point of the ride i.e. Nelamangala at around 4:40 p.m. Had a friend as witness along with the fuel station receipt. Took a quick 5 minute break and was riding back towards Pune.

Nelamangala to Hubli has 2-3 diversions. Fields on either side gives rise to dragon flies and these idiots smash into the headlight and helmet visor. Bloody idiots cost me a lot of time as I had to wash the goggles every 15-20 kms. Chewing gum was a good way of keeping awake while mango juice provided for the energy. Post Hubli there was a drizzle, coupled with a concrete road and trucks around, you can only guess a bikers agony. Any how I reached Satara in the wee hours of the night. My aim was to hit Pune by 5 a.m.

Had read bikers speak about hallucinating on such rides and laughed every-time I read it. But, Guess what I too did hallucinate. Was seeing weird things in the middle of the road. Even saw a mountain around one particular turn and wondered as it vanished. And how can I forget talking to my babe (BIKE) as I entered a tunnel on the outskirts of Pune. Was quite an experience I tell you. 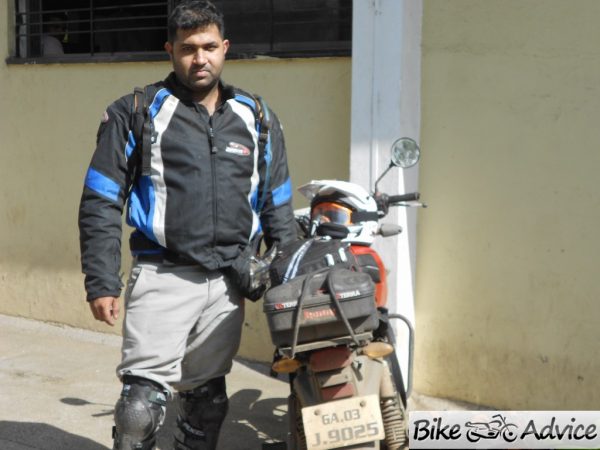 Reached Pune 5:20 a.m. i.e. 20 mins behind schedule. Once again tanked up and had a friend as witness. Turned around and zoomed back toward Gokul Shirgaon. Pune to Satara road does dampen spirits. Add to it the pain in the shoulders and eyes and you can imagine the desperation. Reached my end point at 8:25 a.m. sharp just to see one F*******R park his vehicle at the hotel entrance. By the time the vehicle was moved and I could log the time it was 8:37 a.m. i.e. exactly 24 hours and 5 minutes since the start.
With swollen eyes, body-ache and joy of completing the ride I took some rest before hitting the road for home.

A few words about my love the Suzuki GS 150R.

When I spoke about attempting the ride, general perception was that I’ll be able to handle it but my Suzuki GS150R would give in. To all those who did not believe in my bike – IN YOUR FACE LOSERS. Bike handled beautifully. Not a single tantrum from it. Infact considering my state of mind at time I guess my bike managed on its own for a while…. gosh!! guess i’m hallucinating again….

I have submitted my application to Iron Butt Association, now its upto them to certify. What I can be sure off is I am attempting this ride again and that’s a promise. Trust me SS 1600K is for the hardcore bikers and every biker should attempt it. Not for the record or the fame but just to reconnect with your machine.