Honda is going berserk in India! Not only are they supporting the demand with ever increasing capacity expansion, they are also working on a lot of other products for our market. Interestingly, at the moment, all their focus is on Hero and their top honchos are up against its dominance.

In another update, a new Honda commuter motorcycle has been snapped testing inside one of their plant in India by Gaadiwaadi.com. They claim that the motorcycle is a new upcoming 125cc (which makes more sense), however, the engine slant and a few other minor bits give us a hint that this could be the smaller 110cc engine, instead, from whatever we can make out through these unclear pics. 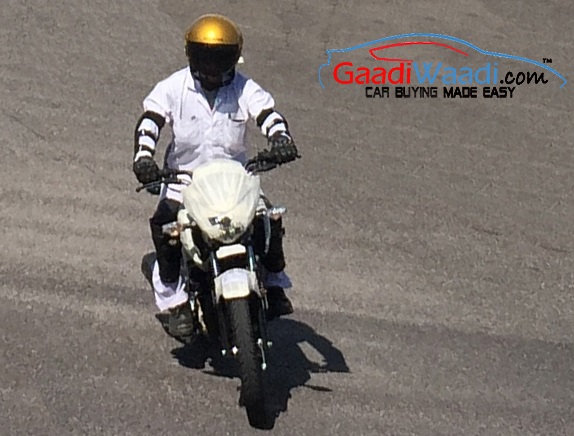 The commuter carries an aggressive bikini fairing, tank extensions, slightly contoured sporty fuel tank and a Hero Glamour-like side cowl. The seat appears to be long and the tail is pointed. The motorcycle size-handlebar-footpeg geometry reveals that either the rider is short or it is slightly sporty. The footpegs, it appears, are slightly rearset! There are no disc brakes and everything else appears to be utilitarian. 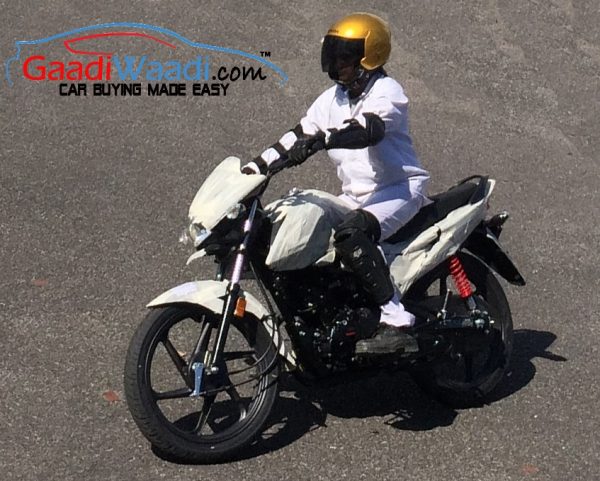 Honda, in their 04th February Press Meet confirmed that they will launch 15 new models in India and out of these, 7 will be all-new motorcycles and rest will be model upgrades. So, this commuter is one of the 7 models for this year.