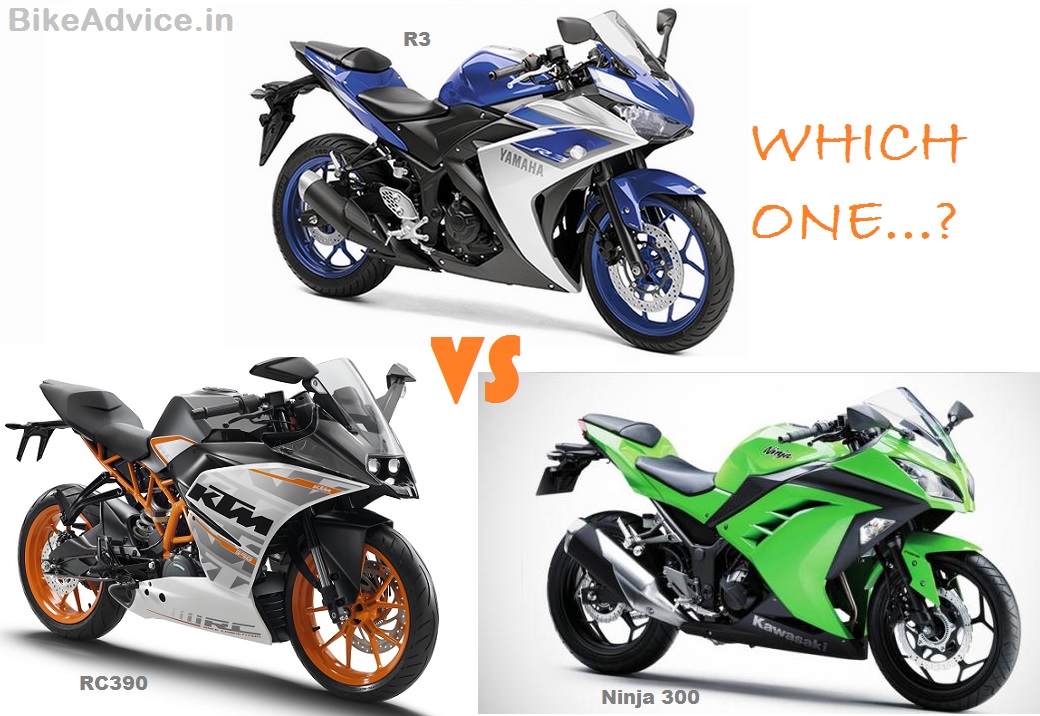 Yes, the beast is finally here! The most awaited R3 got a royal welcome to India at the Buddh International Circuit. And she did steal the show, despite the presence of the ever charismatic John Abraham at the venue. But the road ahead is not going to be so rosy!

The YZF R3 will rival one of the most fantastic motorcycles to have come here, our favorite – Ninja 300. But despite being one of the best in the market, it was always criticized for its heavenly price tag. So, let us see how does R3 compete against the Ninja 300 in terms of specs. We have also unwillingly included the RC390 in this comparo, not because it is an apt rival here, but a lot of prospect buyers may consider it because of its ballistic engine and shocking price tag. So, let us see where do things stand at the moment… 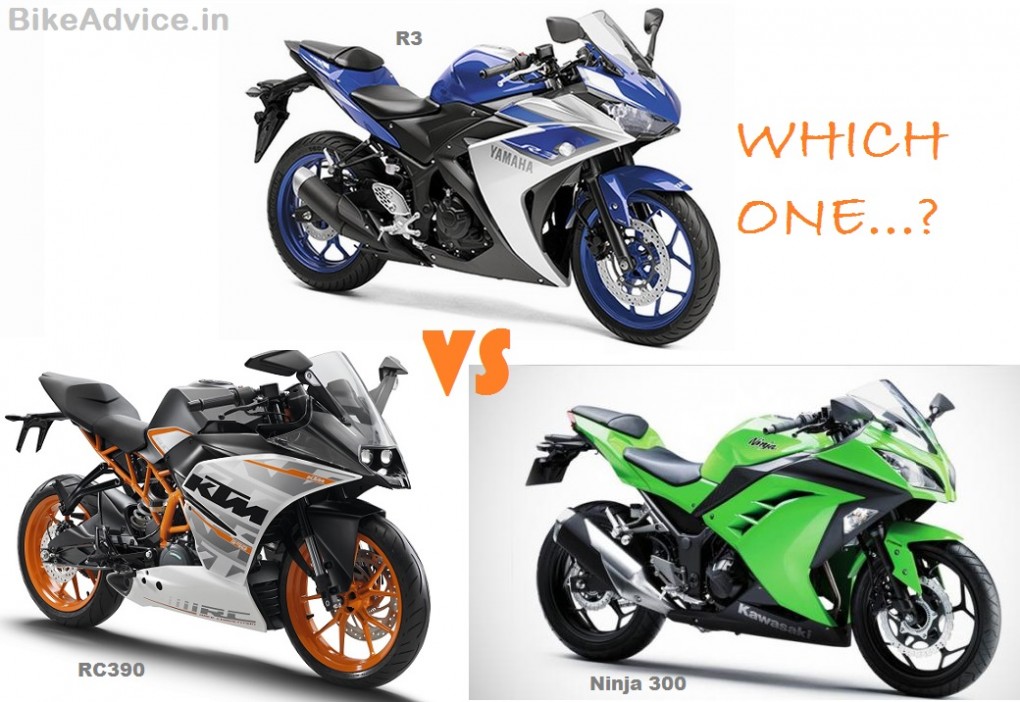 The R3 produces 42 PS of maximum power which is not just more than the 39 relatively sedate horses of the Ninja, but they also peak in slightly earlier. Same is the case with torque where the R3 churns out 2.6 Nm more than the Ninja and 1000 rpm earlier.

The Yammy is also 3 kilos lighter than the Kawasaki but houses a smaller 14 liter fuel tank against Ninja 300’s 17.

Both the motorcycles look fantastic, with the R3 exuding a little freshness over the other Jap. The R3 has the lowest seat height and the highest ground clearance. On the other hand, Ninja 300 gets slipper clutch, which the R3 misses out on.

It then comes to the greenies you will have to shell out to buy one of these! The R3 is cheaper than the Ninja 300 by a good 40,000 rupees on the ex-showroom price which you can invest in buying better riding gear!

The Yamaha R3 and the Kawasaki Ninja 300 both come with twin cylinder engines which are costlier, relatively complex, less vibey, more rev-friendly and push out better exhaust notes. These factors let manufacturers price their motorcycles at a premium, which some say, is a little more than what is justified. But then this is how it is here!

This brings us to the single cylinder KTM which decimates both the others in terms of on-paper specs. But that is not what its USP is – its surprisingly low price tag ensures people turn to KTM’s showrooms more often than not. At over 1 Lakh less, you get a much more torquey engine, super grippy Metzeler tyres, projector headlamps, slipper clutch, ABS and other goodies which none of the Japs offer! 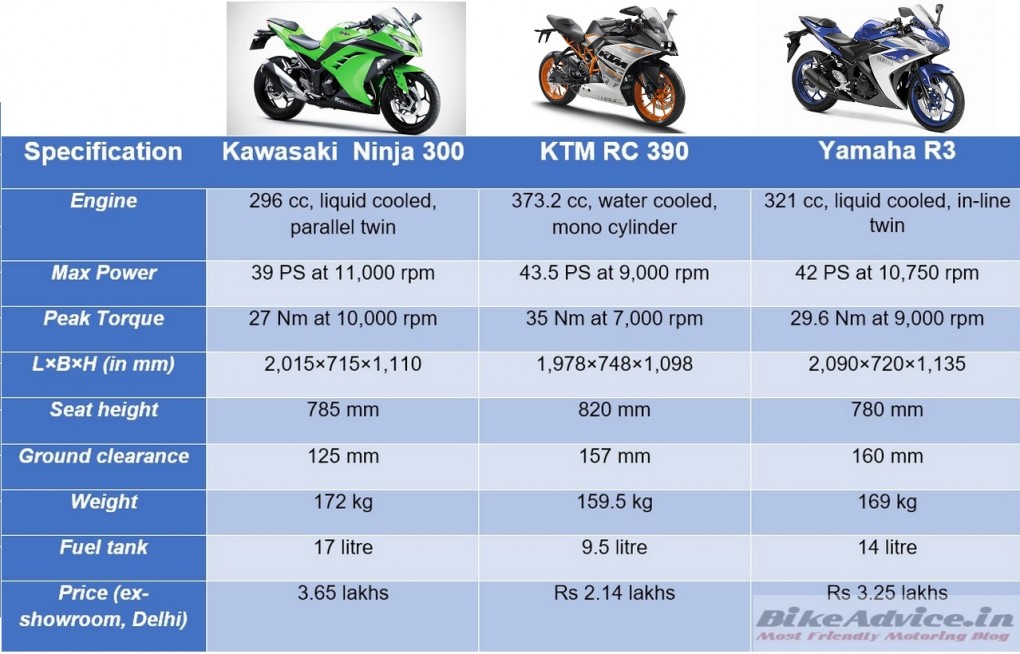 But then it will always be a choice between a twin cylinder engine and a mono cylinder unit, along with product specific traits! With this, we await a proper longer road test of the R3 in real world conditions and if we can lay our hands on a Ninja 300 – a shootout as well! Till the you can check out our First Ride Review of the R3.