Bangalore is a city that is blessed with intense amount of biking spirit. Bikers here wouldn’t want to wake up late on Sunday mornings. They would rather prefer to wake up as early as possible and take their dearest bikes along the open highways for a spin. 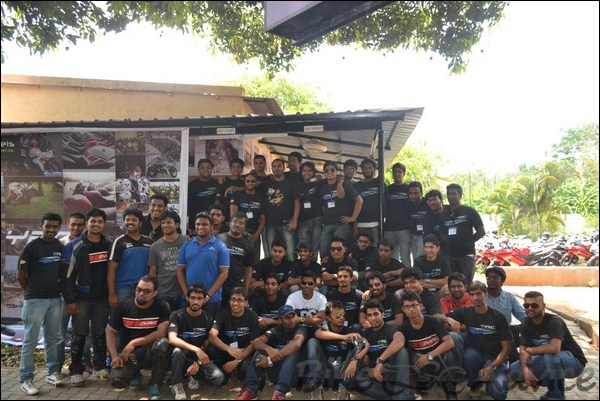 Yamaha Riders Club, more popularly known as YRC is a group of such like minded people who respect and love their Yamahas so much that they decided to come up with one club for their ownself. Yamaha Riders Club was started with a vision to ride with Yamaha riders over a popular biking forum. 8 riders with the first call has now resulted in a group which is spread across various places in India having the strongest presence in Bangalore. Yamaha Riders Club has an eclectic mix of members who are into Touring, Racing, Stunting and even casual city riding. It’s this mix of people and their being with associated with a brand that they are really proud about is making this club grow by the day. 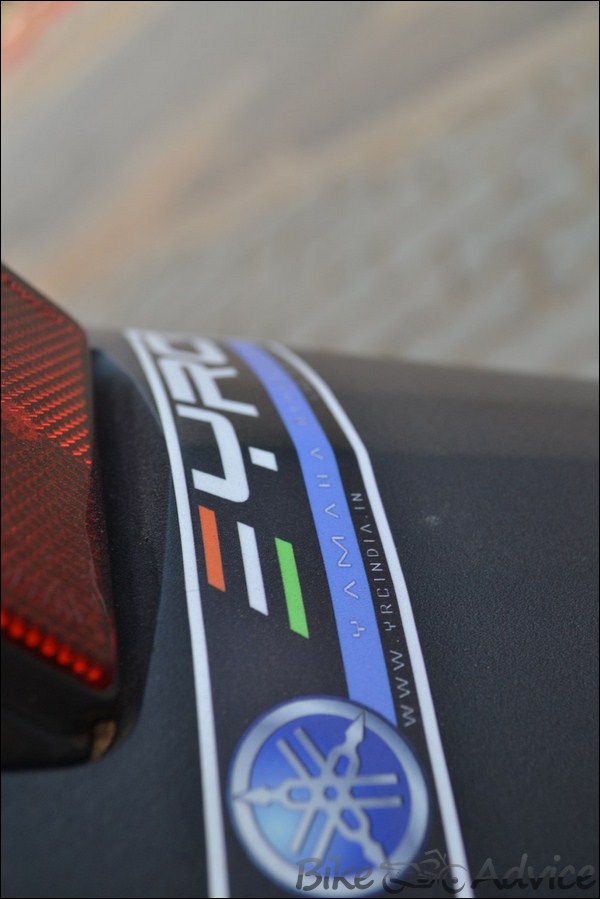 The club is no way connected to Yamaha directly but the way it is managed and run efficiently is a classic example of what Biking Fraternity actually in India is. The utmost sense of Biking is always smelt around them in the air and trust me they are damn professional in whatever they get into with regards to biking.

YRC had completed one year since its inception and they wanted to celebrate this event with all of their club members and with other such clubs as well and I was there to cover this grand event. The event took place at a venue called ‘Milestone67’ along the Bangalore-Mysore Highway. 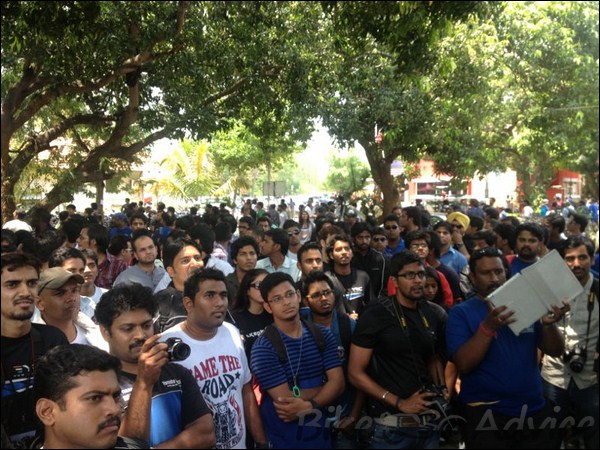 On the first note, they did not restrict this celebration to just their teammates. They rather went all the way out inviting several other riding clubs in and across Bangalore to mark their presence out there.

The following are the clubs that marked their presence to celebrate the successful completion of YRC. 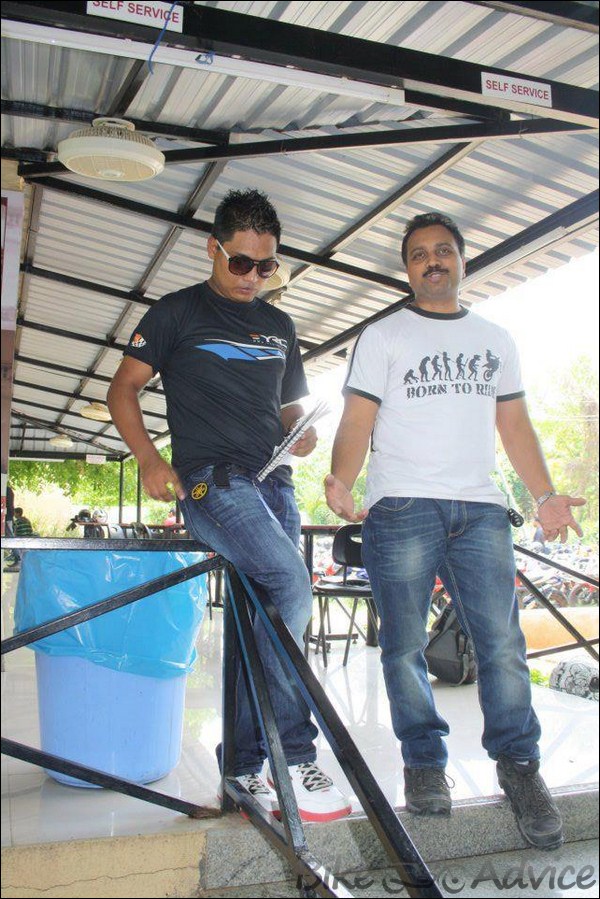 The Admins of the respective groups were asked to introduce their groups to other groups to build the biking community in Bangalore better. That’s certainly gonna help, right!

The Chennai Wing of YRC made it up to the venue riding all the way with their team to the venue from Chennai. Naked Wolves, as mentioned above is a club exclusively for P200NS owners and it was a wonderful sight to see those naked brutes lined up looking aggressively over their neighbors in the parking lot. 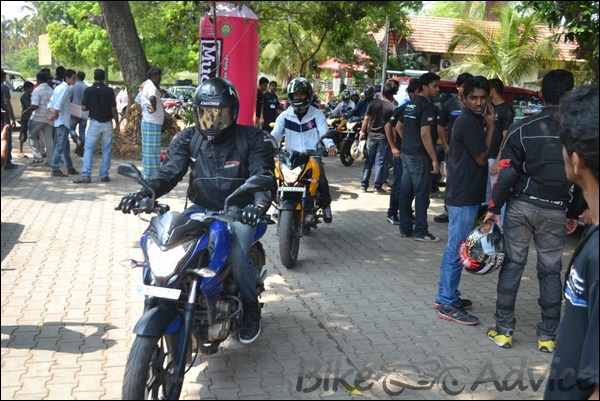 The presence of Bangalore CBR250R riders could not be missed out either. They are one of the most respected biking groups in the city and their presence was much felt with their fleet of bikes.

Through this post, let me also introduce you all, Mr.Chakravarthy. He is a man for whom age is nothing more than a mere number. Guess, why I told you this. He owns and uses a Yamaha RD350. Now, what’s so great about it? Would you guys believe if I tell you that he is 84 and still riding? Yes, he is. YRC was gifted to be blessed with this gentleman. Hats off to you, Sir. 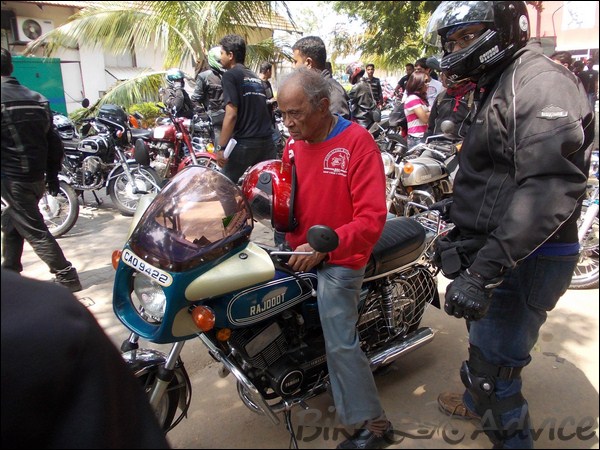 Mr.Amit Dutta is a Yezdi rider and he rides a Yezdi at the age of 64! 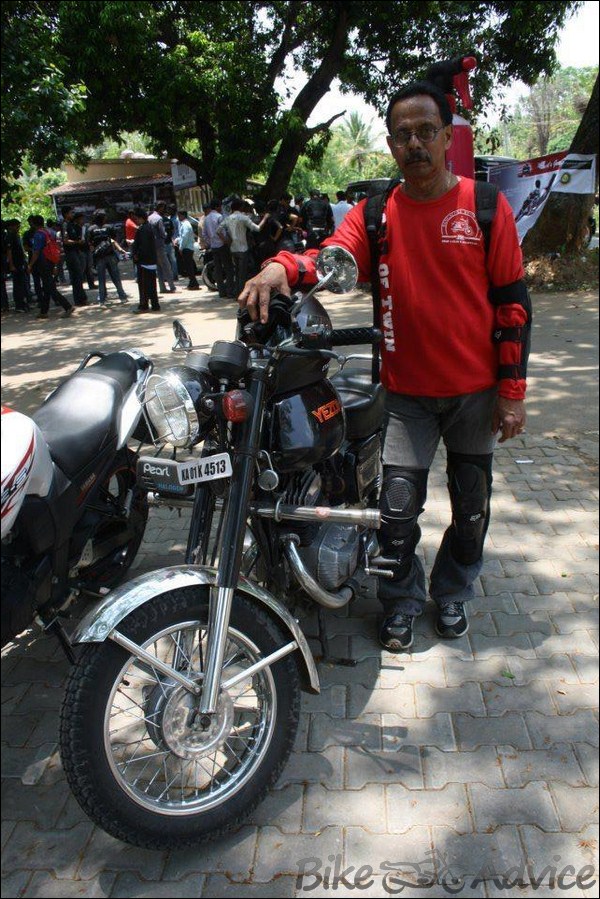 He Started at the age of 16 in local autocross events and then got promoted to motocross. Post that a little bit of stunting on Indian & foreign bikes. Then comes the real league of Pro-Road Racing from RX-135 Stock to RX-135(Modified) & Now totally into the Supersport 600cc Expert Category National & International. He was a right person to make the YRC guys go mad. 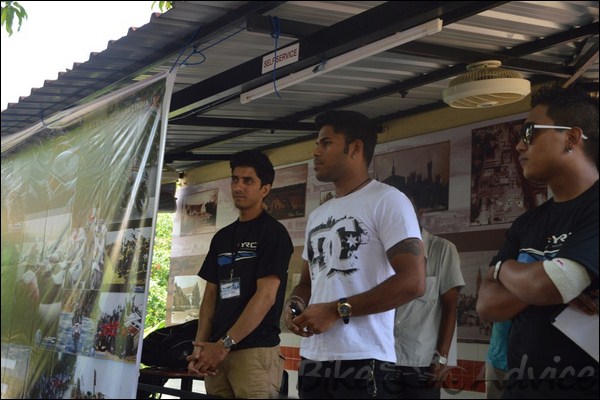 The surprises didn’t stop right there. India’s ace tuner Joel was there at the venue with his bike and car that made everyone go speechless. Not just for a minute, but for quite some time indeed. What you see here is the R15 that’s specially modded and tuned to cater the track needs. It’s his team’s bike and for your info, he manages MotoRev India. India’s ace bike racer, Sharath was actually a part of this team and this is the bike he was using for quite a while. Don’t go WOW just by seeing it; for the real surprise is gonna be its spec sheet. I do have it right away with me. But I’ll come up with a separate post on it and spoil your sleeps. That’s perhaps my plan! 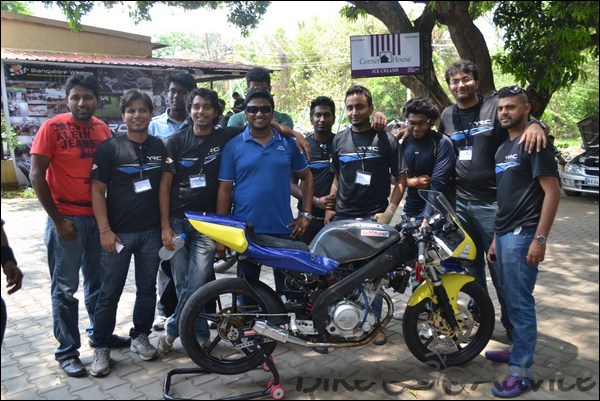 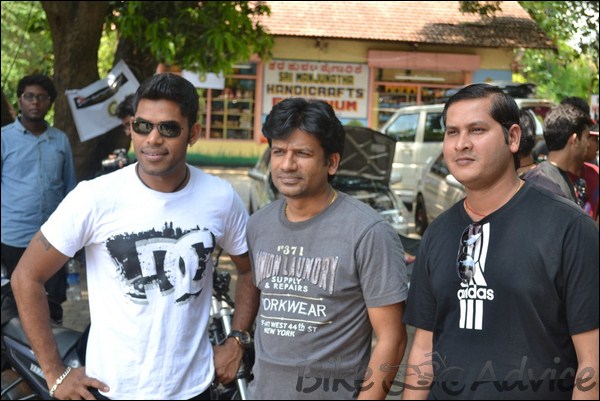 Bangalore Wheels will be anywhere where the name ‘Yamaha’ is. That’s the amount of passion they show towards the bikers and they’ve always been on the forefront in supporting BikeAdvice as and when required. Thanks to you guys for that! 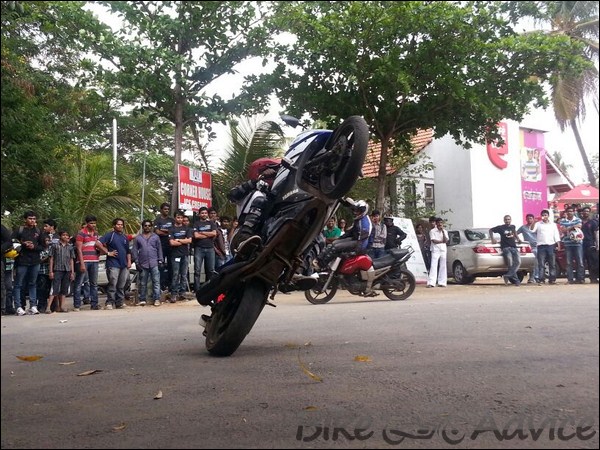 ‘Team Zero Gravity’, Which also has riders form YRC, amazed the crowd with their defying stunts, the best one seen do far and witnessed by over 400+ bikers at one place. FZs and R15s stole the show with their great stability in one wheel irrespective of it being the front or the rear! Spectacular show it was. 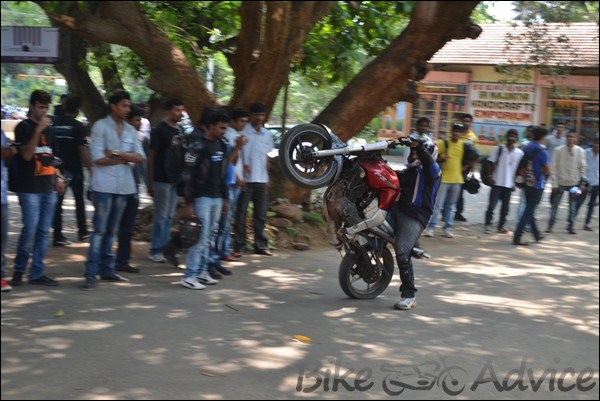 There were a lot of superbikes that made the show even more cheerful. This includes the Yamaha R1, BMW S1000RR, Gixxers, Hayabusas, Hyosungs, Ninjas and a lot more. 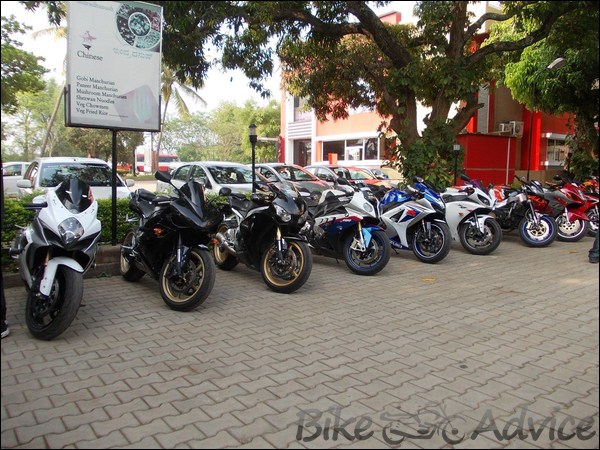 I don’t know if these guys would be so happy in their kid’s birthdays! Such is their spirit when it comes to Biking in general and Yamaha to be precise. They still have places to go and it is their passion that’s gonna really elevate them to greater heights. 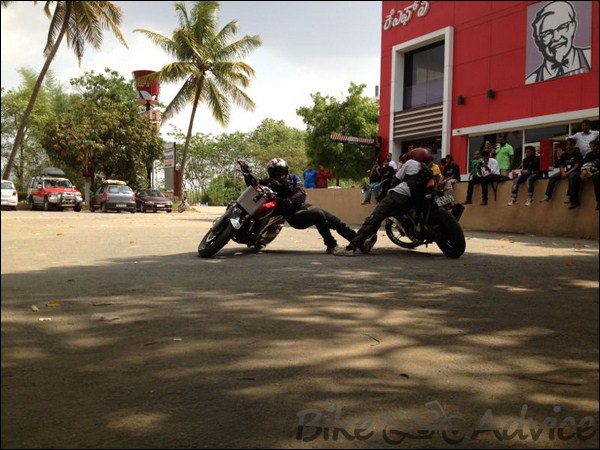 I, personally and BikeAdvice as a team wishes the successful completion of one year of YRC! Kudos to you guys. Rock on!

You can check out many more pics including stunts, sportsbikes etc at our official Facebook page.