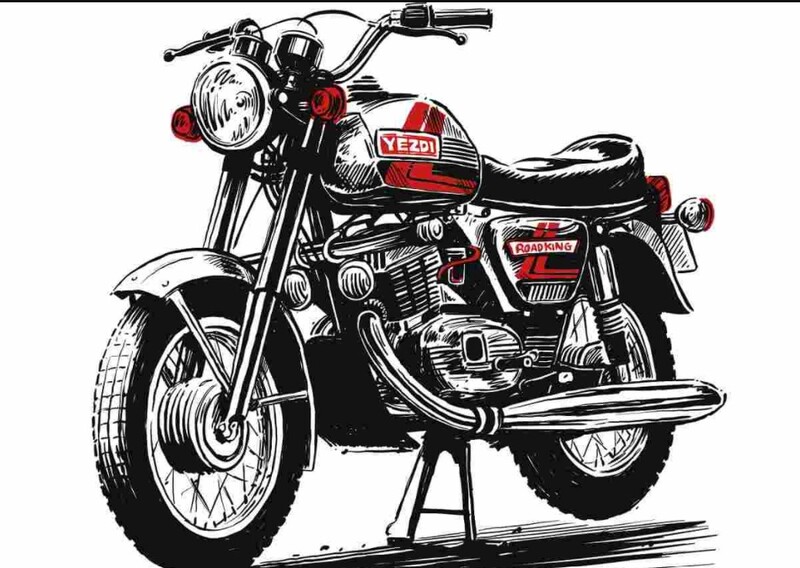 Yezdi Roadking launch has been confirmed by Anupam Thareja, co-founder of Classic Legends, with some interesting reveals…

On the occasion of Lohri last week, the iconic Yezdi brought the nostalgic thump back with their three bikes raring to conquer the market once again.

However, some fans were left disappointed as there was no Roadking in the new portfolio. To many, the revival of Yezdi meant bringing back the presence and attitude of the moniker that lived up to its name – Roadking. Roadking was one of the most popular Yezdis of its time.

However, here is an interesting update from the co-founder of the company himself. Mr. Anupam Thareja of Classic Legends has confirmed that the Roadking will make its royal comeback soon.

He confirmed that the motorcycle is under development. When inquired why it didn’t make its appearance during the recent revival event, he explains that the Roadking is not based on any of the existing platforms. It will be their flagship offering and is being developed on a new platform. That’s interesting!

He further adds that the Roadking being their flagship product, will be powered by a bigger heart. Now Classic Legends only has the Mojo’s near 300cc engine at its disposal in two different forms. It is using both of them on different versions.

The next iteration is the bigger 650cc single that will go to the much more premium BSA Gold Star that has, predominantly been earmarked for the international markets. So, will Yezdi Roadking be a 650cc model?

The BSA Gold Star motor is a 652 cc single-cylinder unit which produces 45.6 PS of power and 55 Nm of torque. The power is put down through a 5-speed transmission with slipper clutch assist.

There is no confirmation but we do believe there could be surprises on offer.

Visually, the new Roadking will, we think and hope, showcase the new Yezdi DNA melded with the domineering  attitude and presence it once radiated.

We expect it will continue to have a retro charm with a big tear-drop shaped fuel tank, round headlights and all. But to bring it into the present time, it may sport features like all-LED lighting setup, Bluetooth connectivity, USB charging, dual-channel ABS system, semi or full-digital instrumentation along with navigation and much more.

There is no official timeline that has been given but it has been confirmed that the awaited Roadking will make its due comeback.

We don’t know at what stage of development the bike is in and the current Covid situation will only be posing as a hurdle in its development.

As of now, Yezdi is totally focused on their current offerings – Adventure, Scrambler and Roadster. Keeping this in mind, we expect the Yezdi Roadking may be some time away…