India Yamaha Motor Pvt Ltd, a fully owned subsidy of Yamaha comes up with the proposal of its third plant for India. The location is still undecided as of now. Yamaha has two existing plants, one at Surajpur in Uttar Pradesh and the other one at Faridabad in Haryana. 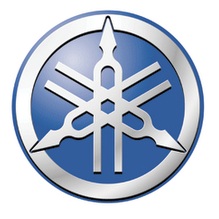 “Currently a study is on for setting up a third plant. By the end of this year, we should think of a new factory”, India Yamaha Motor Pvt Ltd CEO and Managing Director Hiroyuki Suzuki told PTI. The third plant is set up with the intention of expanding the present market share in India and also to facilitate exports to neighbouring markets in Nepal, Bangladesh and Lanka.

Here are a few excerpts from Mr.Hiroyuki’s interview: When asked about the period of opening the plant, he said “We would like to start making the plan for it as soon as possible.”

Regarding the future plans for India, he said, “By 2013, we would like to sell 800,000 units in the domestic market and 200,000 units in export when the Surajpur plant reaches a capacity of one million units annually,” Suzuki said. He added, “By 2015 the company is look at an annual export volume of three lakh units.”

Regarding the location, he said “It should be a place where it has an advantage for exporting over and above catering to the Indian market.” “If the model becomes successful then India Yamaha will also look to export directly on its own to new markets. The markets in Africa and South America are suitable for our mass market bikes like the Crux and YBR. We would like to sell directly to Yamaha’s subsidiaries there,” he said.

“We are trying to make India Yamaha an independent export unit rather than doing it through Yamaha Japan. We have started exporting directly to Nepal and the next would be Bangladesh and Sri Lanka,” But, there was no information let out by him regarding the investment and the production capacity of this newly proposed plant.