Cementing its foothold in the premium segment, India Yamaha Motor today launched the YZF-R15 version 2.0 – a 150cc liquid-cooled 4-stroke fuel injected bike. The YZF-R15 version 2.0 is a new model that has been developed under the concept of a “Graded Up R15.” While maintaining the proven ease of handling of the existing R15, the R15 version 2.0 boasts of spruced up looks and better performance in circuit riding. 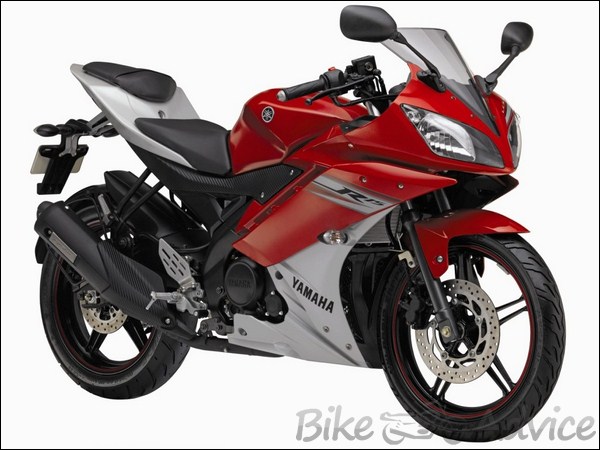 The design elements are borrowed from the supersport model YZF-R1 that is adapted from YZR-M1 MotoGP race machine. The new bike is priced at Rs. 1,07,000 (Ex-showroom, Delhi) and will be available in Racing Blue, Midnight Black & Sunset Red colors.

Speaking on the occasion, Mr. Hiroyuki Suzuki, CEO & Managing Director, India Yamaha Motor, said, “Having witnessed the tremendous fan following received by the existing YZF-R15, we are very excited about the launch of the YZF-R15 version 2.0 which promises to deliver greater performance and enhanced features. Seeing the trend, the market for premium bikes in India offers immense scope as this segment consists of people who are looking for performance characteristics.”

“The YZF-R15 version 2.0 is an upgraded version of our flagship bike YZF-R15 and is designed keeping in mind the comfort as well as the thrill of a sports ride. The YZF-R15 has been continuously gaining ranks in the hotly contested premium segment since its launch 3 years ago and we are sure to repeat the same feat for the new version too. With the festive season round the corner, we expect the new model to be an instant hit amongst biking enthusiasts”, he added. 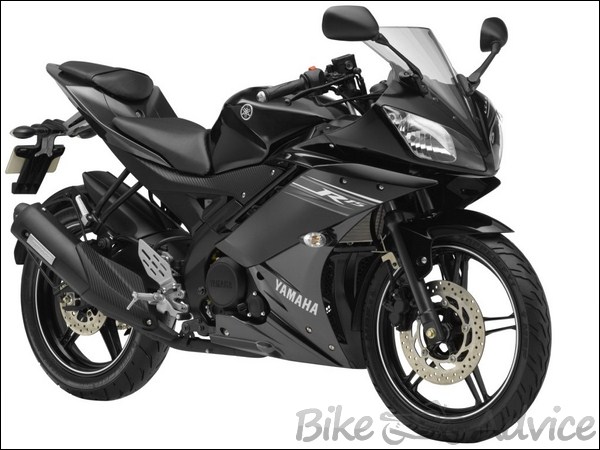 Based on the “Graded Up R15” concept, the development focused on the two main areas of body styling and sporty performance, and an array of optimum features were adopted throughout the machine to make sure that customers enjoy the thrill of a refined and impressive body styling in the supersport image with the newly designed middle cowl, tail cowl, split seat, LED taillights, new exhaust pipe & silencer specs. The newly designed middle cowl features improved aerodynamic performance at higher speeds – the aerodynamic resistance value is 4% better than that of the existing YZF-R15.

The R15 version 2.0 also sports the first aluminum swing arm in the 150cc segment in the Indian market and has a truss structure that enables greater rigidity while improving handling in the turns. The new seat design enables a better feeling of seat grip in sporty riding. Also, “low front, high tail” design enables a riding posture that is well suited to both sporty riding and everyday riding around town.

The new ECU control and drivetrain unit specs ensure that riders enjoy improved off-the-line acceleration and high speed performance. The silencer protector has also been newly designed in a way that adds cadence to overall styling. It adopts a carbon-look pattern on the surface as well as a model nameplate to add to the high-performance image and the feeling of quality. 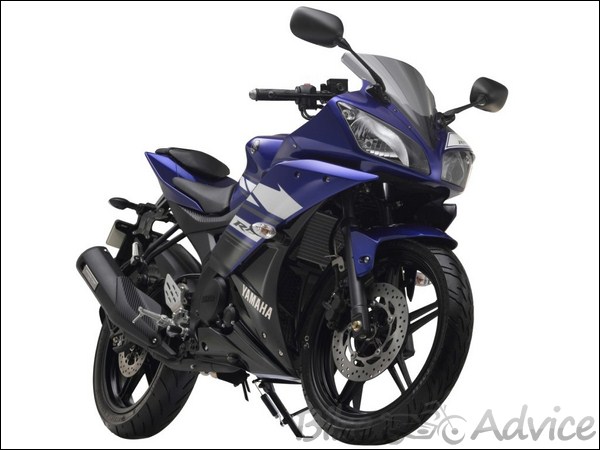 To improve the feeling of clutch operation, a more rigid clutch axle shaft than the existing type has been adopted. Furthermore, the pulley that serves as a medium between the throttle wire and throttle valve has been changed to a perfect circular type to improve the linearity of the throttle action and thereby achieve better response. The wider 130mm radial rear tire and 90 mm front tire impart reduced roll resistance, high-speed cornering stability and improved handling performance. A larger 220mm diameter rear disc brake has been adopted to achieve a better balance with the new rear tire size and ensure good braking power.

Another interesting aspect of the bike is the mud guard and sari guard attached to the swing arm which enhances the exterior design product value. The new design of 5-spoke cast wheels achieves the necessary strength balance while creating a sense of lightness at the same time.