Yamaha is all raring to conquer the motorcycle world as the Japanese giant is leaving no stone unturned. Yamaha recently signed Eugene Laverty and Marco Melandri for their Yamaha World Super bike Team. The team has successfully completed three day tests at Phillip Island circuit in Australia. Both the new signings of Yamaha team have spent three days testing super bikes to be used in races in the coming year 2011. A large part of the test for both the riders was sucked up by YZF – R1 because the testing of the bike involved testing the comfort level, adjusting the bike physically and geometric settings. 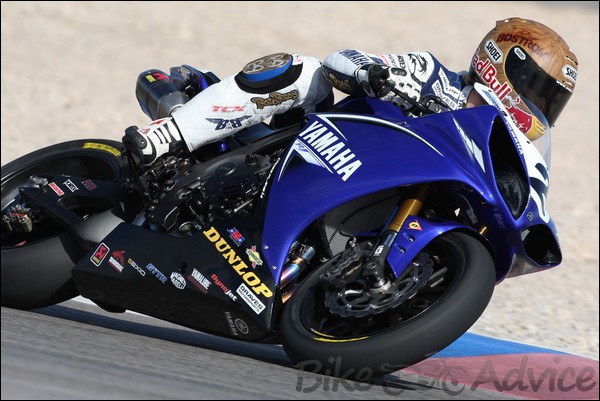 The Yamaha team had a great time testing as they enjoyed good sunny weather and dry tracks for the first two days with rain knocking the situation only at the end of day two. The third and final day saw a mixed weather i.e. sunny whether with a hinge of rain towards the lunch. The surprise came on the third day as the super bikes to be used in 2011 are seen revised with revised weight balance, the new Ohlins forks, new engine performance parts and a different seat and fuel tank design. These bikes also featured new and standard fuel injectors and fuel pump. These all modifications are as per the racing regulations of 2011.

With the success of this three day Australian outing, Yamaha racing team now has ample of data to work with for further improvements. The tam was of a opinion that these tests boosts their morale and are a kind of practice session before they will finally enter the racing events to be held in 2011. The Australian tests are successful and now its time to wish team Yamaha all the best for the coming race events.