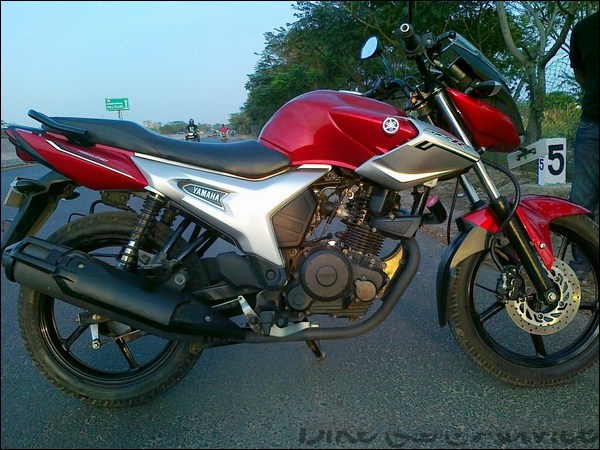 Hi all, this is Samresh Kumar Verma. I am working as a Software developer in Chennai. I am basically from Jharkhand, a hilly area named Kiriburu where my father was working under SAIL (Steel Authority of India Limited). I am having a great passion about bikes. 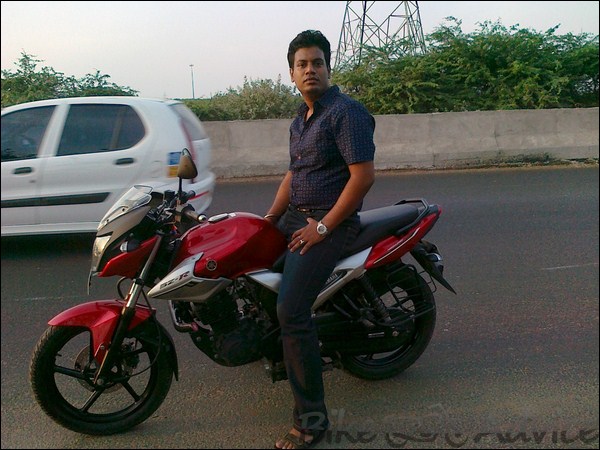 When I was in 10th Standard, my parents bought me Kinetic Velocity which was the first bike in my life as my father always used to have scooter. In that bike only I learned riding. That was a superb bike according to its performance. It was giving me a mileage of 45Km per liter in that hilly area even if I was driving at a speed of 70-80 Km/h.

After completing my Schooling, I left my bike in home and I came to TamilNadu for pursuing Engineering. My whole college life went without a bike and I was waiting for the time to complete my studies so that I can join in a company and can buy a bike on my own. After joining here in June 2011, I started thinking which bike to buy.

The condition then was very painful as I was very confused between Bajaj Pulsar and TVS Apache. Actually my roommate was having TVS Apache when I was in college. I liked that bike because of its Pick-up. It was Superb as I love racing. The thing which was attracting me towards Bajaj Pulsar was its mileage and lifespan.

Finally one day I have seen an Advertisement in TV about Yamaha SZ-R. That day I thought to checkout this bike. Then I went to the Yamaha showroom and enquired about this bike. After looking into all the aspects I thought this was the only bike I was searching for.

As I have just completed my Engineering and have joined into the company my first condition was that the bike shouldn’t cost much and should be at least 150cc. When I asked about the on road price of this bike I came to know that it is Rs.65899 which was around Nine thousand lesser than Bajaj Pulsar and TVS Apache.

Hence this was the only bike in 150cc segment in this range of 66 thousand. The second thing which attracted me towards this bike was the Sporty look. The big Tank with tank protector like Wings was giving a bulky look to it. After selecting my bike I started thinking about the colour as it was available in Black, Blue and Red. I liked Red one as the combination of Red with silver was awesome.

Finally on 1st of November I got my bike on the day of my birthday. I was very happy as this was the first big thing which I have bought on my salary. My father, mother and one of my friend went with me to the showroom and we were waiting eagerly when the Showroom head in charge said that he will not be able to deliver the bike today. It turned the whole situation into a sad moment.

When I asked the reason he replied as he is not having the accessories so he will be giving it on the next day. I asked him that it’s not a problem for me; I can come on the next day and get the accessories as I was not in a mood to miss this special day. Finally they agreed and have given the bike. The moment was like that finally I have got my darling. Then we went for celebrating my birthday in my bike. That was a memorable day for me.

As I am using this bike from few months back, I have seen that the mileage is not going above 45Km per liter in City which is little bit less but I don’t think this as a big matter as I have already said I love racing hence mileage doesn’t matter more. It’s going from 0-60 in 6 seconds only.

The top speed is around 110 Km/h. There is no kick starter in my bike but I am not considering it as a drawback as it is getting started in the first press even if you are letting your bike stand for a week.

The stylish sporty design was the main reason for choosing this bike. It was a new look as compared to Bajaj Pulsar and TVS Apache. The height and length of Yamaha SZ-R is more than Pulsar and Apache which was very necessary as my height is about 6.1 ft such that it can suit me perfectly. The other thing is the Rpm meter which I liked as it was there in my old bike too. 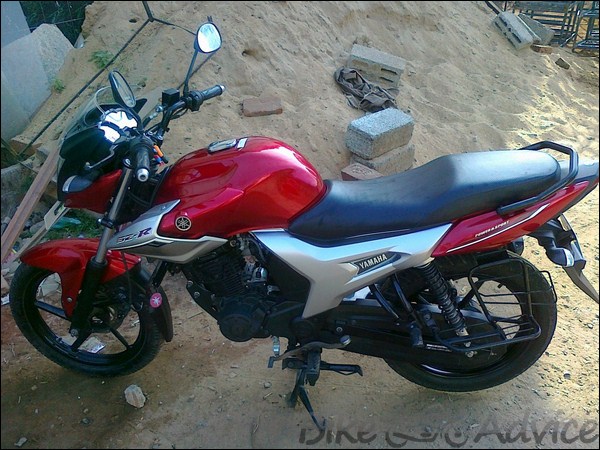 The big tank was adding an extra style to the bike. And the fiber transparent dome which I have seen before in LML Energy FX, which is scratch free. The battery cover and Oil Filter covers are same as of Yamaha FZ. The leg guard has its own look. The seat is quite wider which makes it more comfortable for pillion to seat as it is designed as a Commuter bike. Even if you are going for long ride it is not creating a difference. 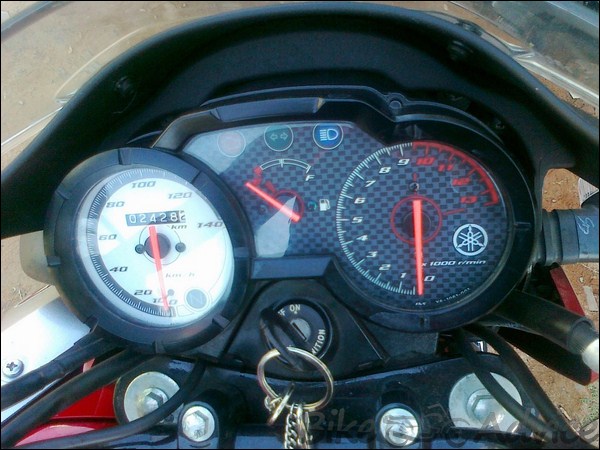 The engine is same as of Yamaha FZ i.e. 153cc., only thing is that they have reduced the torque in order to increase the mileage. It is going to a speed of 60 km in 4500 rpm. I love the pick-up and the wider disc break increases its style.

When you are coming to performance, the engine is too smooth. When my friend asked me for a test ride he said that it is smooth like butter who owns TVS Apache. If I am riding at a speed of 90-100 Km/h, it is giving a mileage of 35-37km per liter. I said about this in service center so they replied that because the engine is new so the mileage is less. It will increase after 4th servicing. 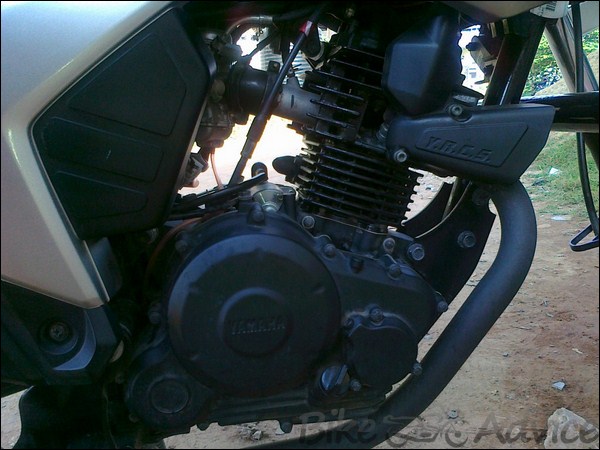 Last month I went for a long drive to my college which is in Chidambaram, 227 Km from Chennai, I reached there in 4 hours riding at a speed of 80 km per hour. The trip was superb as the engine was not heated a lot when I compared it with my old bike in which engine was getting heated while riding for a long even for 100km. The same day I returned back to Chennai. I haven’t got any shoulder or neck pain while riding for such a long distance.

Finally I will say that if you are keeping a bike, please keep it as your Darling. Always do regular servicing. Clean your bike every weekend. Don’t use extra electric parts like Heavy Horns, Extra lights as these can reduce your battery performance. Don’t let your bike stand in hot sun as this can reduce the shine of your bike. Always use bike polish after washing your bike as it will increase the shining and protect it from rust.

I thank Mr. Deepak as he has given me a chance to tell something about my bike to everyone.