After a spiraling success of the stupendous 150cc FZ16, Yamaha launched another variant of the same bike with exactly same features albeit with different color tones and named it FZ-S. Fortunately for Yamaha, FZ-S was also a grand success despite the 3k difference just for a more funky color theme. 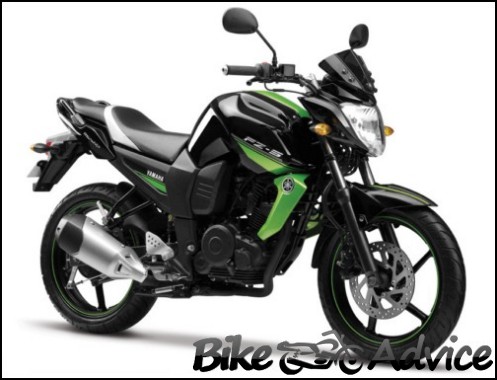 As Yamaha saw their sales dipping for their flagship model and to keep the freshness in the product alive, they have launched two new color variants of the bike, Blue with silver graphics and Black with green graphics.

When Yamaha launched the R15 and the FZ series in India a few years back, everyone was mesmerized by the prospects and the technology both of these bikes boasted off. Within a span of few days, both these bikes became a hot favorite among youngsters especially the FZ as R15 was not affordable for all. Till now, FZ series, which includes FZ16, FZ-S and the semi faired Fazer, has been a cherished possession of more than 1 lakh customers. Yamaha sold 85,000 units of FZ16 & FZ-S in the bygone 2009 fiscal year which accounted for 40 percent of the total sales of the company for the complete year. 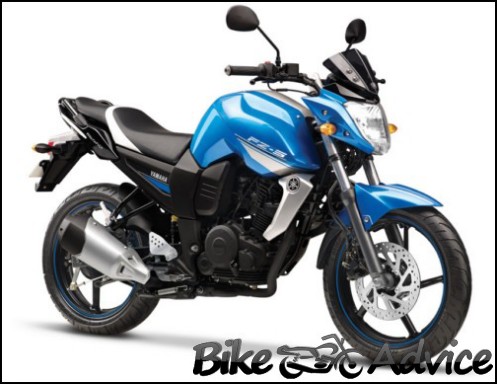 For a bike which sells at a premium because of its masculine looks and better technology 7000 units per month is a big achievement and a proof enough that people are ready to spend provided a product accomplishes their desires. Yamaha plans to boost its existing share of 12 percent to 20 percent in the immensely competitive 150cc segment where every manufacturer is vying for superiority with the launch of these fresh new variants in the market. The new launched color variants are named as ‘Sport Electric Blue’ and ‘Black Cyber Green’. We particularly liked the Black Cyber Green color theme with its magnetic green tinge over the black background but the existing Yellow Streak and Silver Tech still look better than both the new color variants. Yamaha has also redesigned a new logo which would further go with the muscular feel of the bike and these bikes will also be Bharat Stage III compliant. Rest all the specifications remain exactly same along with the price tag, fortunately. The FZ16 will continue to retail for Rs 73,000 and the FZ-S at Rs 75,000 (both prices on road Pune).