Very quietly Yamaha has sneaked in a new color of FZ-S, good looking Fiery Orange. There has not been any announcement regarding the same, it has just been put up on their site. Along with the new color, Yamaha has also refreshed the FZ series with a few small changes. 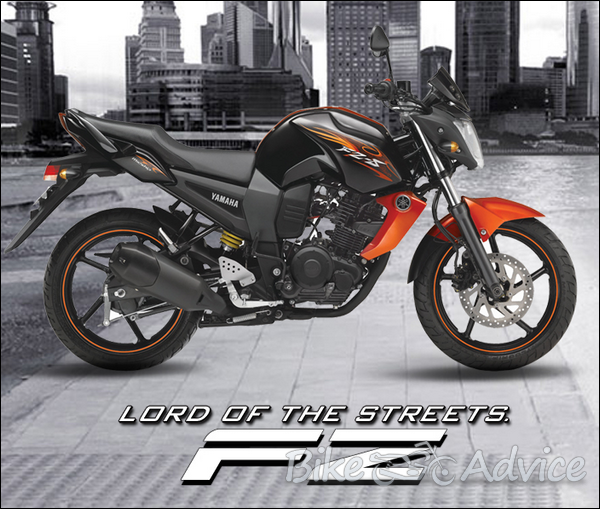 Altered Pillion Seat: The biggest grudge FZ owners have reported is the lack of comfort for the pillion. Yamaha has taken into account and the rear seat has been slightly elongated as well as widened a little according to Yamaha. This is applicable to both the FZ and FZ-S.

New Grab-Rail: A new grab-rail finds way on both the FZ series. However, as funny as it may sound, read what Yamaha has written on their site. “The grab bar not only acts as a backrest but is something the pillion rider can hold on to if the road is bumpy”. We just have one question – What is the other purpose of it then, Yamaha!

Altered Chain Cover: The chain cover has been altered to cover the lower portion as well. Applicable to both the FZ series bikes.

There doesn’t seem to be any impact on the price of the motorcycle. Engine specifications and remaining stuff also doesn’t seem to have changed.
It seems Yamaha has understood how to keep the product up and ticking. Every few months, we see a new colored variant in the FZ series. We now expect these changes to be carried over to the Fazer as well.