Its a “R(D”ay). Hi guys I am Abhilash Bharadwaj from Bangalore. This is a short write-up just for the respect towards the great machine, a “Drag King”, the “Lord Of The Twins”. Yes its a Yamaha RD-350. The true “Fastest Indian” (Not like the the one who claim for themselves). 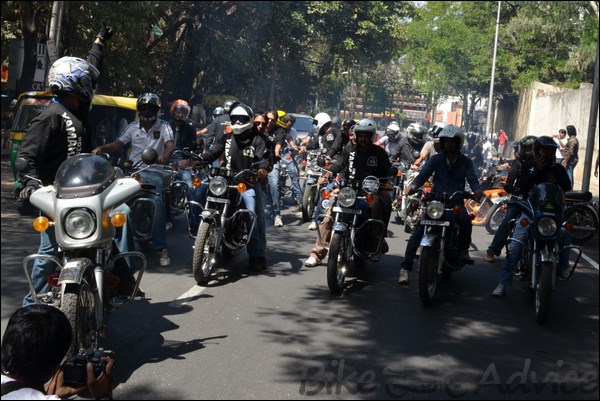 Firstly RD does not stand for Rajdoot (Rajdoot name was given to bikes manufactured in India under Yamaha Licence by Escorts group). RD stands for “road” series. Yamaha-RD350 production were stopped in 1970 in Japan due to emission norms. In India, it was produced as Rajdoot 350 from 1983 to 1989. 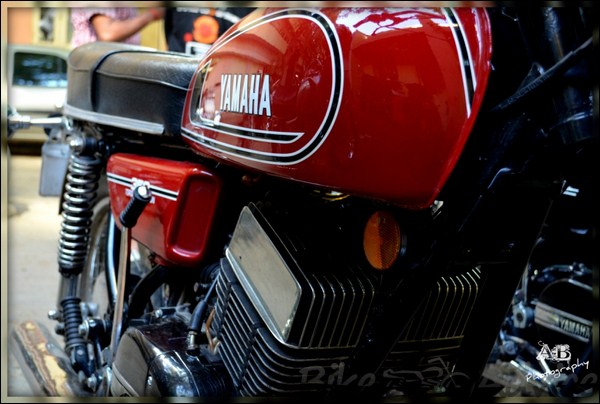 Back to the Story

As I am riding RE for over a year, had forgot the concept of speed. Thanks to my friend Vinay for inviting me to the Bangalore RD350 Club for their March monthly meet on first sunday of the month which defnitely “induced” some “torque” in my “heart”. The event was well organized at the “Airlines Hotel”, Bangalore with more than 50 RD350 riders taking part in the event. 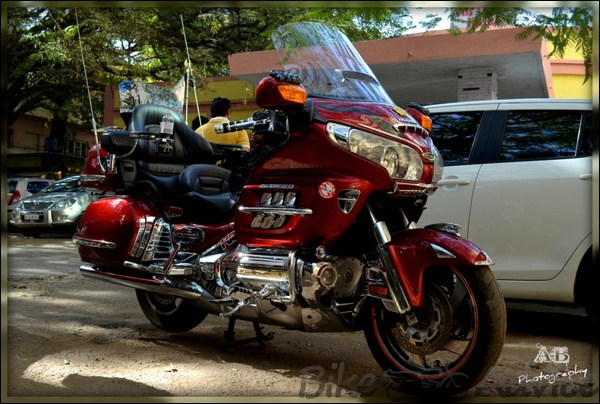 To finish off the event, we had a short ride in the city streets of Bangalore to show their grand presence on street and looked like teasing the plastic bikes so called the ‘fastest indian’ and the ‘racing DNAs’ that RD’s still rule the road. RD 350 is still the Quarter-mile Drag king in India. 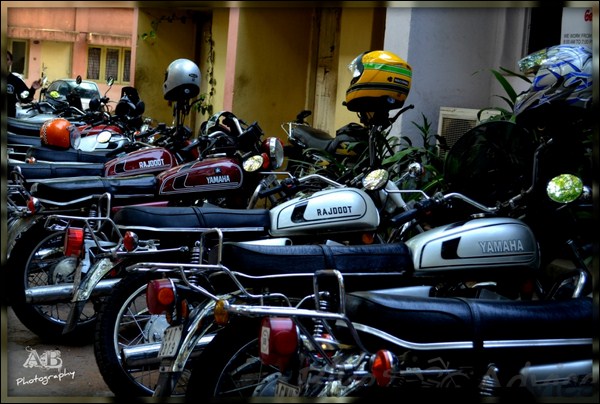 Here are few pics of the “Fastest Indian” even after “23 years” after they seized production, I hope the bike enthusiast readers of Bike Advice would like it. During the event, a Honda Goldwing was spotted which is a very rare bike in India and I have shared a pic of it too. Hope you bikers enjoyed. 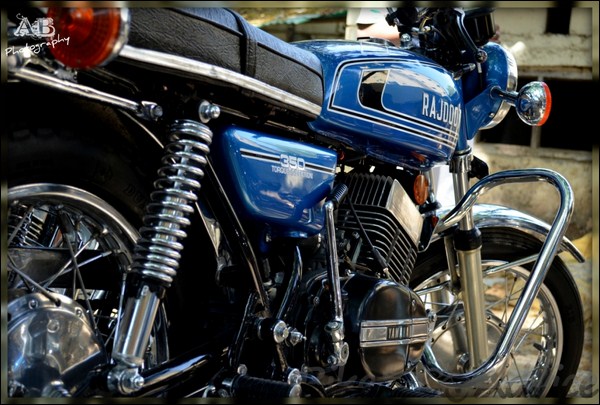 Thanks to Deepak Raj for providing a opportunity to share our experiences about “life on two wheels” and thanks to the entire BikeAdvice crew which is growing day by day.