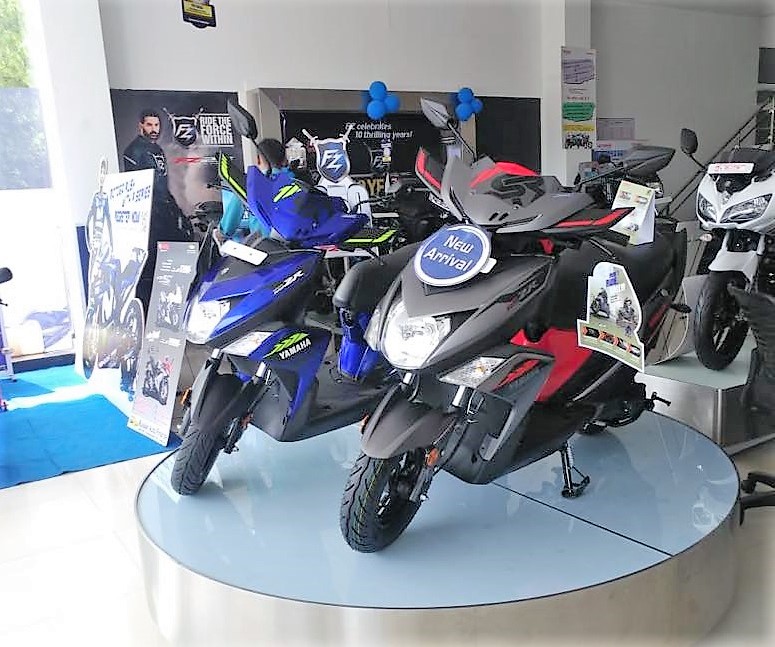 Yamaha Ray Street Rally price is just a shade under the disc brake versions of entry 125cc scooters in India.

After teasing the product on their social channels, Yamaha recently launched Ray Street Rally Edition – a special version of the scoot which was showcased for the first time at the 2018 Auto Expo in February.

As its name suggests, the Street Rally Edition is a flamboyant variant of Ray ZR and Yamaha says the ‘wing style’ fairing is inspired from Yamaha MT-09 (how?). It was displayed in black-grey-red colour theme at the Expo. The decals of the production version are different but retain the sporty intent of the product. The alloys have been blackened (they were golden on the showcase model). 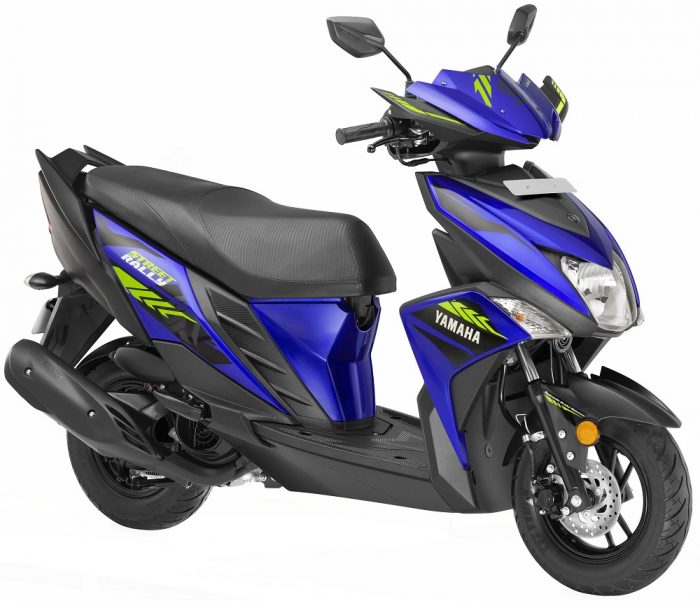 The display model wore many cosmetic changes like sportier decals, aluminium footrests, jazzy colour theme apart from an all-digital console and gas charged rear shock absorber, which was red painted (and the cylinder was golden in colour). However, the final model makes do with white coloured rear shock absorber which appears to be the regular unit from the Ray ZR and there is an all-digital console.

At its launch Yamaha announced that Street Rally will reach dealerships by the end of this month and pictures courtesy Elite Motors suggest that dispatches and probably sales have commenced.

Ray Street Rally continues to be offered with the same 113 cc, 7.2 PS, 8.1 Nm air cooled motor and Yamaha doesn’t have intentions to do anything drastic in scooters at the moment. No changes to other mechanicals are mentioned by the company.

Rally Sport is available in two colours – Rally Red and Racing Blue and both the colours are on display.

However, what would be more interesting is the R15-engined Aerox 155 scooter which was spied in India a few months back (details here). Apart from this, Yamaha also unveiled the Hyper Slaz concept and let us hope it also finds a place in Yamaha’s Indian portfolio in the months to come!