For all who knew Yamaha Ray only after Deepika Padukone endorsing it in their smashing commercial, there’s a new place that the Ray is going to mark its territory now. Yamaha Ray which was launched last year targeting the young ladies around with peppy color schemes and a new-age design will soon land in Nepal. 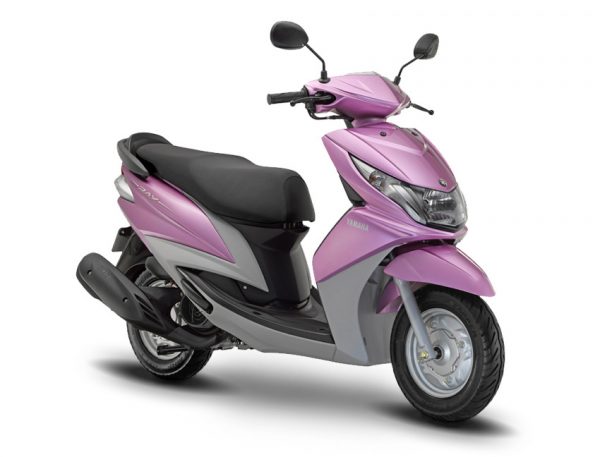 Yes, Nepal which is a Himalayan kingdom residing in the foothills of the snowy Mt.Everest which is also India’s friendly neighboring country will get their first Yamaha scooter; “Ray” next month officially. Nepal, which is already a potential market for Indian two wheelers and cars will witness Yamaha’s first scooter launch on April 7’th of 2013.

Yamaha was very aggressive from day one of the launch of their Ray in India promoting the product in all the ways possible to increase their fair market share in the Indian scooter segment dominated by the Honda’s. Recently Yamaha India also launched the first ever Female Riding Training Program (YFRT) in Chennai enabling the younger women segment to learn and acquire riding skills taught by motorcycle giant Yamaha directly. Yamaha India also introduced a new shade of White/ Black in their Ray for the white obsessed few which earned itself a good place in the market quite well. In midst of all this, although there’s a lot of debate going on about the design part that says it might have been copied from Honda, let’s not get into that for now.

The Compact dimensions of the Ray which was put forth in the market to target petite women which quite frankly worked out here quite well will be carried out in Nepal too. Yamaha claims, the compact dimensions that Ray carries helps women of smaller frame to gain confidence and ride at ease compared to the bigger ones offered by the competitors that are mostly targeted for unisex. With compact dimensions in place, Yamaha Ray is lighter than its competitors TVS, Mahindra & Honda. Yamaha Ray will take on directly what Hero Pleasure, Mahindra Duro & Honda Dio has to offer.

Yamaha Ray is powered by an 113cc air-cooled SOHC engine that churns out 7.1PS at 7500rpm and 8.1Nm of torque at 5000rpm. The Ray features telescopic front fork suspension that ensures rock solid handling and high stability even on rough roads with zero compromise on comfort. Yamaha Ray features a massive 15.5 ltr capacity under seat storage that can accommodate most of the things women carry daily. Braking on the ray is taken care by a good 130mm drum brakes at both front and rear. Other features include; compact leg shield, longer rear fender, stylish tail light, dynamic headlight and the list goes on and on.

The sharp design, agile handling and superior looks have made Yamaha Ray to be one of the best sellers targeted towards women which is expected in Nepal too.

Yamaha also is planning to launch a bigger scooter in the current year with a bigger engine targeted primarily for men along with the Ray.