Before starting my ownership review I would like to salute all the bikers of this country for whom biking is something more than a daily activity, it is a religion and a passion. 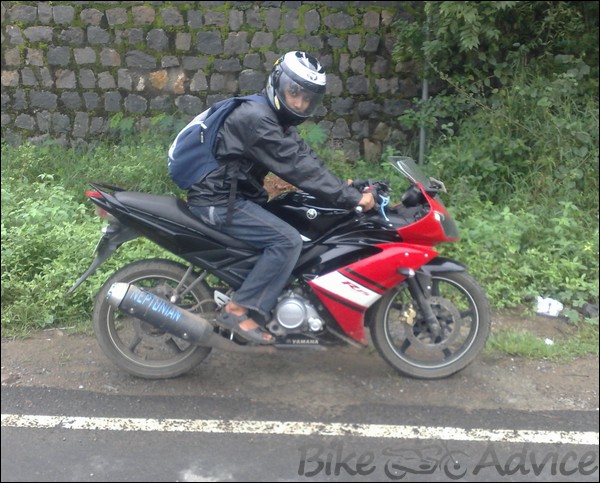 My name is BOON, and I am from ARUNACHAL PRADESH. I came to Chennai five years ago to pursue my higher studies. After completing my Diploma successfully, presently I am doing my Engineering with ECE as an specification.

Well, while I was in my native place, I have seen the power of RX100 and RD 350. You just name a place, and RX100 will take you there. It doesn’t matter whether it’s raining or not, roads or no roads. The amazing RX100 takes you places and brings you back home safely too.

About RD350, well I am not fit or mature enough to say anything about that beast. The RX100, when tuned by an experienced mechanic, converts into a powerful rocket.

Then came the generation of low powered, fuel efficient 4-strokes, the typical fill it-shut it-forget it bikes. The efficiency of these generation bikes has surely been increased but the performance has gone to zero. Furthermore, it has also created traffic problems because everyone started to buy those cheap and fuel efficient bikes for daily commuting.

In the year 2008, Yamaha after a hiatus of two decades decided to launch a bike named YAMAHA R15 which captured everyone’s heart.  “They lost the market after stopping the production and now they are suddenly back to retake it”-This was the initial response from Rajiv Bajaj in an interview. After reading reviews of R15 in many magazines and constantly browsing websites finally I made up my mind to go for this demon from YAMMIE.

A Small Intro to Yamaha R15

It’s a 4-stroke, 149.8 cc, single cylinder, liquid cooled bike designed by YAMAHA especially for Indian market. The maximum mower is 17ps@8500 rpm and the maximum torque is 15nm@7500 rpm. The chassis type is DELTA BOX frame and I must say that this is one of the greatest chassis I came across among Indian bikes. 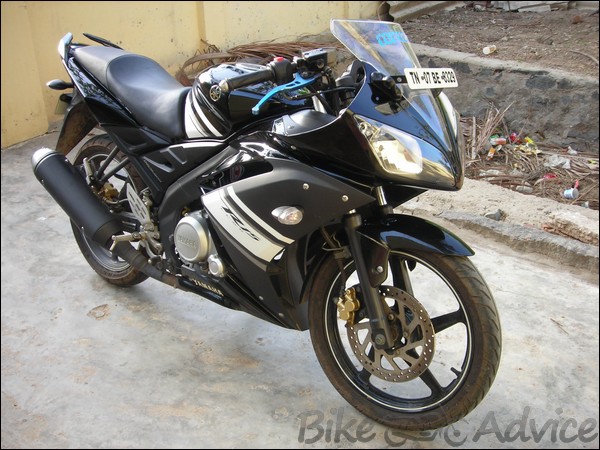 It gives you enough confidence while riding at high speeds. The braking capability of this demon is superb. Both The front and rear have NISSIN disc brakes that do their job perfectly. The tyres have been specially developed by MRF, taking inputs from the R15 engineers. These so called “puny tyres” stick to the ground better than other bikes.

R15 probably sports one amongst the best suspensions on any Indian bike. This demon has a mono-suspension which is all supple and comfy at low speeds and gets stiffer as the load increases. This leads to brilliant dynamics and improved performance of the bike even at high speeds.

The riding position is relatively sportier in R15, no other bike has got such a riding position. I must tell you one thing that the back pain is just a myth. 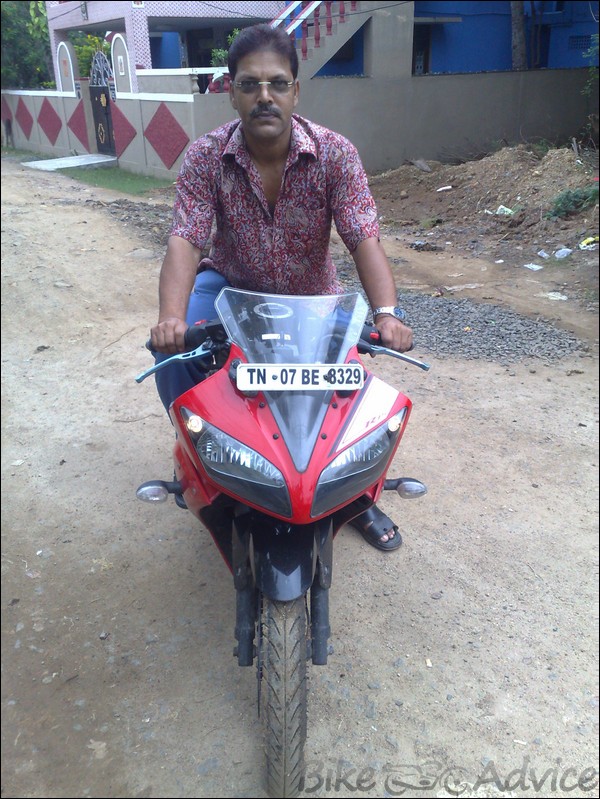 I never underwent any sort of back pains; neither did my 47 year old dad. However, one experiences pain in wrists and hands but it vanishes after a week or two.

This is what makes the bike very different from others. Forget the DIASIL cylinder; forget the DELTABOX frame, a bike is of no use without proper cooling system .R15 sports a radiator for liquid cooling. As we all know that as the engine gets hot, the efficiency and power decreases. Thus it is very important to keep the engine cool even at high rpm. The radiator sported in the bike does all the job of getting the engine cooled because the coolant is constantly circulated between radiator and the cylinder when the engine is running.

This radiator is a boon for the engine because the rider now knows the amount of heat generated by their bike’s engine. On Highways you may not need cooling but in city traffic, cooling is needed and that’s where radiator comes handy. One can notice the hot air coming out and the spinning sound of radiator fan when you constantly ride the R15 at high traffic. 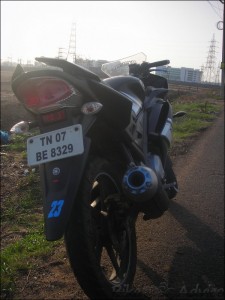 That’s it? Just 150CC? That’s what comes to mind on hearing about R15.Yes there is no alternative for cubic capacity, but that’s where modern technology steps in, to extract the maximum out of available capacity.

The R15 engine sports a forged piston which helps reduce the reciprocating mass by 20%.

The engine also has a hemispherical combustion chamber wherein the spark plug is positioned in the centre. This gives it a more efficient spread resulting in optimum combustion of the fuel.

The only thing I hate about the bike is that at low rpm it behaves like a ordinary 150 cc bikes. The real fun starts at higher rpm of above 5500 rpm. Some people say that the tyres are very small and should have been more “fatter” but I don’t find anything bad in those “small” and “thin” tyres because they are far better than other tyres used on the other bikes.

More importantly the tyres have a quality to stick to the surface of the road; this makes the bike more stable. The rear part of the R15 needs an urgent face lift. Just compare the R15 with the specially designed R15 race replicas for South Africa under “moto gp” edition and you will notice the difference yourself.

Yamaha will give you six free services. This is a zero maintenance bike since you need not have to spend a single penny on its engine. Take care to change engine oil at regular interval and clean the chain after every 700 km of ride or after a heavy rain ride. Also, adjust the brakes and the chain after every 1000 kms. One can see in my picture that I have changed the front part of my R15 because of my sister’s request for Rs 1785.

Bajaj Pulsar 220F: Pulsar 220 is A very powerful bike. It will impress you with its raw power, high pick up and its muscular looks. You shall not be able to see a PULSAR in a straight line but again no roads are straight, right! Handling is not as sharp as compared to RTR and r15. The bike won’t give you enough confidence at high speed.

Reliability, refinement, handling is what Bajaj needs to introduce in its bikes. Bajaj needs to do some research on newer technologies and should build their bikes. Anyways, Bajaj came a long way and I hope that next time Bajaj will consider all those points.

TVS Apache RTR 180/160 Fi: RTR has great looks with raw power. You may take any RTR, the only thing you will notice is sheer power and performance. Few days ago I was on the SRIPERUMBUDUR race track to see the recently concluded FMSCI race. At 165cc expert class I have seen RTRs giving tough chase to R15s.In fact the second and third place were grabbed by Apache RTRs. TVS has a separate racing team and division also.

Kawasaki Ninja 250R: The less I say about it, the better it will be. According to me, Ninja is the best 250cc bike in the world, period!

A Word on Top Speed

Well I have managed a top speed of 137kmph @ 9500rpm on Chennai-Bangalore bypass. Honestly, I don’t like to drive at high speed rather than for testing purpose. I still had More 500 rpm left but I could not use that because the road was not long enough and many heavy vehicles were also moving at that time.

Thanks to DEEPAK RAJ for allowing a moron like me to be a part of BikeAdvice Fraternity. Thanks to all the readers for reading my nonsense review. I just shared my biking life that I have started when I was 14 years old.

Finally, I would like to conclude with an appeal. Please don’t race on road, I have seen many bikers (some of them were riding R15) racing on the road and ending up in the hospitals. Please think about your parents and  your future before going in for a race. You are not going to win any MOTO GP title by racing on the road. At last I want to confess that I love my bike and so should you. Biking is a religion and every religion preaches peace and harmony!