Yamaha!! Well, every motorbike lover will like to own a bike from the Yamaha’s portfolio! C’mon! They are definitely not the economy models that, otherwise, the India motorcycle market has, but they certainly display amazing power and engine performance. It’s but unfortunate that the Bajajs and the Hero Hondas threw Yamaha out of gear during the last the decade just for the obvious price reason. 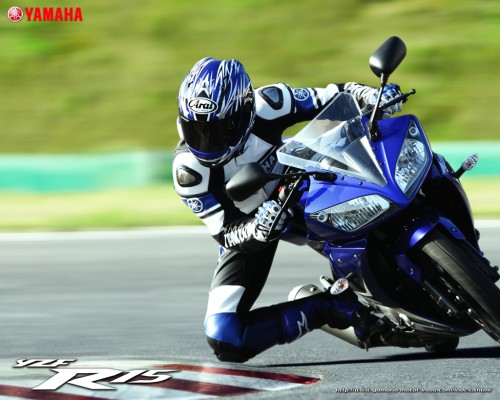 But, let me tell you, whenever I see an old Yamaha (maybe more than 15-year-old one) motorbike coming for a re-working to a workshop it keeps me amazing and needless to say my love for Yamaha motorbikes keep growing. And, Yamaha these days is revamping its efforts to dig out its buried image, with their latest releases, the Yamaha R 15 and Yamaha FZ16 world-class bikes.

Yamaha YZF R 15 gave its shock to the people at its launch, of course with a heavy price tag of 1 lakh outside showrooms.

But two months down the line this devil has already voodooed and cast a spell of magic with its forged-piston engine and other race biking technology that 22-year-old young earners today are not too bothered of the 1lakh price tag but seem to love the 125 kmph speed instead. I also believe that it might have sold 10,000 units (Yamaha aimed to sell 20,000 units per year), because the market is bigger than what Yamaha really perceived to be.

The most discussed bikes amongst the bike circles and even the college goers recently are the Yamaha R 15 and the new release Yamaha FZ 16. Yamaha R15 for sure is the most happening thing on the metro city roads that hit the roads during June. I bought my new R15 during the last week of July 2008, and let me tell you, if I am not dreaming of my sweetheart, I am dreaming of a long drive on my new Yamaha R 15.

What an awesome torque of 17 bhp from the advanced liquid-cooled 149.8cc engine? I believe it will never let me down. Would you believe if I say I already rode 13,000 km that included about 1000 km on a mountain terrain, the Western Ghats of South India?

I guess that’s why Yamaha is popular, I recall my dad telling. The liquid cooled engine is first of its kind for a two-wheeler technology in India and that is why it performed amazingly well on a rough terrain, without giving much noise. My old pulsar noises a lot when I drove long or drove on a rugged road. 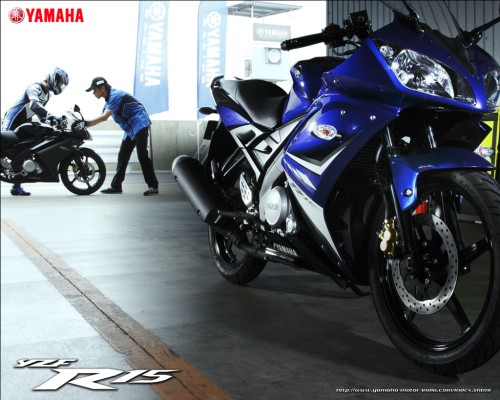 Monocross suspension of the Yamaha R15 deserves a mention here. Its particularly cool because unlike my old bike it doesn’t bottom out too much and the absorption of shocks is superb and a rider rarely feels the shocks transmitted to him. The aluminium-forged piston is usually a sports biking technology. But to re-establish in the country, Yamaha R 15 had this, which is quite commendable. The engine cylinder is touted to resist wear relative to the iron make. I will update sometime later about this.

If other stylish bikes on the market look like chiseled bodies of John Abraham or Salman Khan, I would see the Dying Gaul statue; a 10/10; perfecto envious body in my Yamaha R15. And, that Yamaha FZ 16 is also out and continued rave reviews of Yamaha R 15, the competitors may soon have to run for their money in the bike market. R15 is, no doubt, every bike lover’s dream-come-true bike, at least on roads of India.

This review is posted by Rajasekar who owns a Yamaha R 15. He is a student and he lives at Chennai. If you want to post a review in BikeAdvice, please send an email to deepak@bikeadvice.in