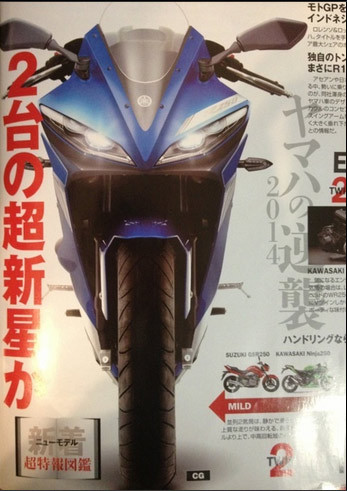 The elusive, eccentric quarter-litre bike from Yamaha has bobbed its head out of the water surface, yet again. Well known “Young Magazine” of Japan has featured a rendering of the much-anticipated steed from Tuning Forks’ stable.

For some reason that has kept escaping everyone’s grasps, the Yammie Quarter-litre has been in a mood to play peek-a-boo with our eyes since time immemorial. It was once expected that this bike will roll out from the assembly lines of Yamaha’s Indonesian subsidiary. Some even expected the “Dark Side of Japan” to manifest itself as the above-mentioned bike.

Nonetheless, its been a parched run for Yamaha fanatics in India so far. In a deep hibernation mode, Yamaha India hasn’t had any “Major” launch so far. Yeah, the Ray Z didn’t titillate much.

Coming to the rendering, we get to see an expilicit reference to the R-Series DNA. The Twin Headlamps carve out the shape of a couple of eyes, with the light haloes pointing to the probable addition of projector lamp setup. Yamaha’s trademark “Teardrop” shaped turn-indicator lamps have made it to the render. A fact worth mentioning is that the virtual “Eyes” look flatter, as if the beast has narrowed its eyes.

The mirror stems seem to have been cut shorter, and so has been the height of the windshield. Could tucking in to achieve higher speeds be a little difficult for bulkier riders?? We aren’t sure, but being a Yamaha, we could reasonably expect it to possess a very rev-happy motor.

A visible anomaly of the Yamaha R15’s design cues was that the profile of the front tyre looked skinny, due to the imposing presence of the front fairing. However, if this render is close to the production version, be assured that the issue has been dealt with. Yes, the front tyre is now beefy enough!! 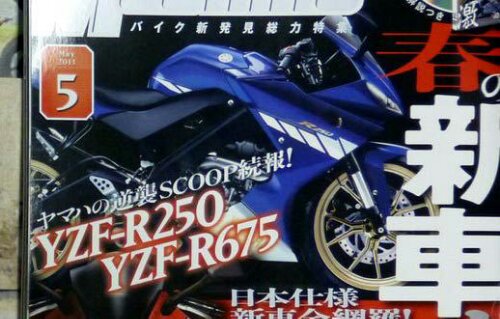 Young Magazine had even revealed another rendering, that of the bike viewed from the side. Nevertheless, there still isn’t enough indication about the time period of this bike’s launch, let alone the expected price!!

Can Yamaha India continue to “Rev our Hearts” ??