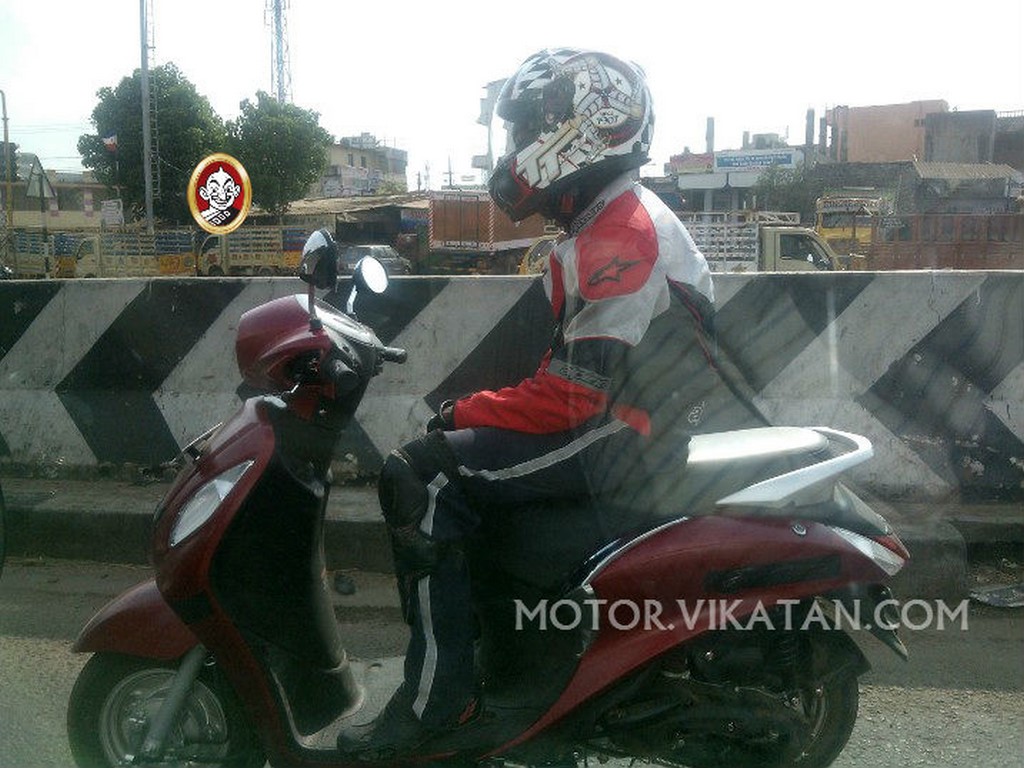 Everyone is after scooters..each and every manufacturer! And everyone is making the same kind of scooters with a wee bit of changes here and there and with new flashy names. While there is nothing wrong with it, we expect Yamaha to do things a little differently and here we have something interesting… 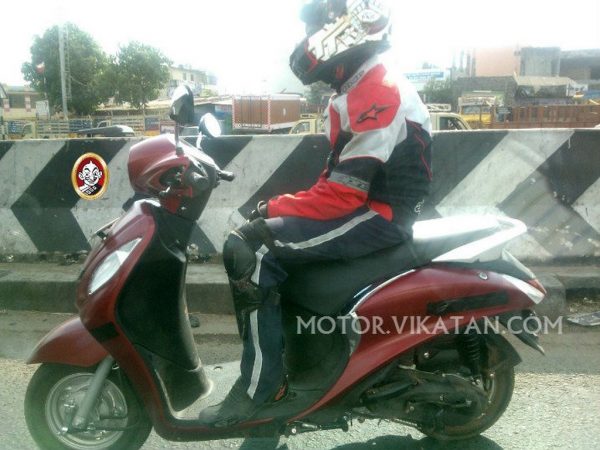 Motor Vikatan has snapped a Yamaha Nozzo Grande based scooter in India which is reportedly codenamed as ’04X’ and appears to be under tests going by the covering on the name. Next question which you may have is – what in the whole world is this Nozzo Zozzo..? 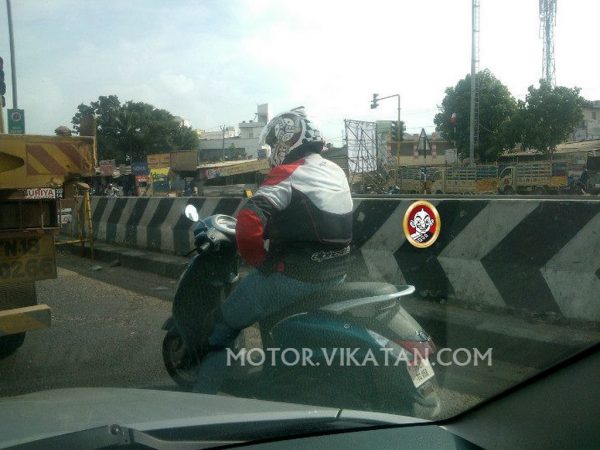 While the scooter spied here looks very much like the Nozza Grande, there are a few subtle changes which we can notice. There are minor differences in the head lamps console, tail lamps, rear indicators set and grab rail. These are possibly India-specific changes to the model.

There are no doubts that the spied scooter here looks flamboyant and a fresh take in the 100-125cc scooter segment in India which only has Vespa as the differentiated product seller till now.

Also note that front disc brakes are absent and its only a simple all drum set-up. The company also sells a carburetted version, called as the Nozzo with a 113 cc engine producing 7.3 PS of power and 7.6 Nm of torque. The Nozzo Grande carries a price tag of 41.99 million Vietnamese Dong (Rs 1.22 lakhs) while the Nozzo has a sticker quote of 28.9 million Vietnamese Dong (Rs 84,126).