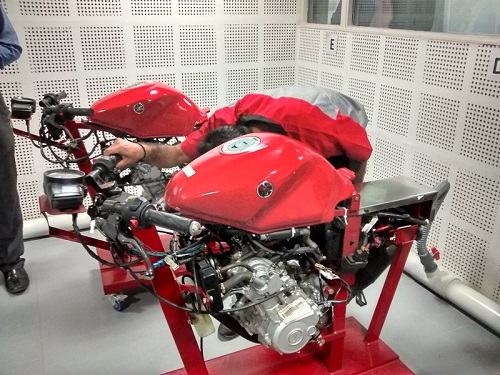 Yamaha Motor India Sales Pvt Ltd organised the fifth edition of the National Technician Grand Prix (NTGP) 2014 at their Surajpur Plant in Greater Noida. The three day event included 20 participants from Yamaha dealers across the country pitting their skills against each other for the title of No 1 Yamaha Technician in India for 2014.

The essence of the competition is to reinforce the role of Customer Service Engagement offered by the technicians at Yamaha India service stations. Only 1 out of the 932 participants will get a chance to hone their skills at the World Technician Grand Prix (WTGP) to be held in Japan in 2016. In the 2014 WTGP India’s Meenakshi Sundaram Subramaniam, a Yamaha Training Academy Silver Certified technician won the top position in the commuter class category.

Of the 932 participants who took part in the earlier stages, NTGP 2014 saw 100 winners selected from Regional rounds to compete in the Zonal round, which in turn gave 20 winners (5 from each zone). 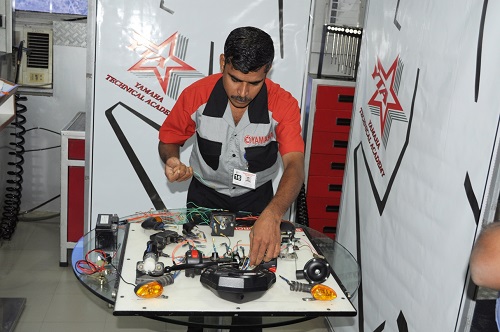 The contest checks the participant’s skills in:

To get the best out of them, the contestants will be tested in theory, trouble shooting, repair on actual two-wheelers with speed and accuracy and skill of dealing with customers right from from the time of vehicle reception. 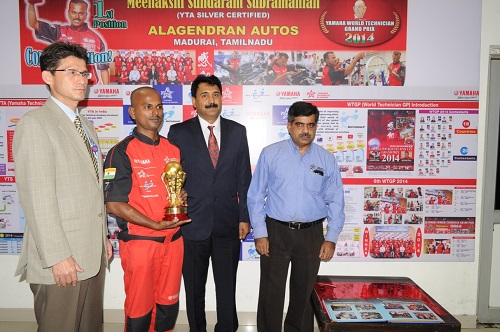