Yamaha is certainly an all round performer and a rising leader in two wheel industry. This year is something special for Yamaha racing team as they mark their 50th Anniversary of grand prix racing. The Japanese factory team is all set to celebrate this golden year with deciding to unveil a special livery for Assen and Laguna Seca Rounds. 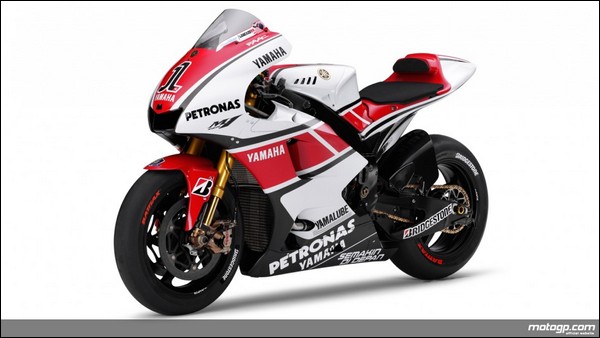 The special edition livery “YZR-M1 WGP Anniversary Edition” will be unveiled by riders Jorge Lorenzo and Ben Spies on June 22nd near Assen Circuit. The special anniversary red and white livery will not only be sported on the riders’ bikes but also Yamaha racing crew will wear them. Also this design pays homage to the iconic brand and its collaboration of past and future. Moreover the team’s pit box will also sport the red and white combination. 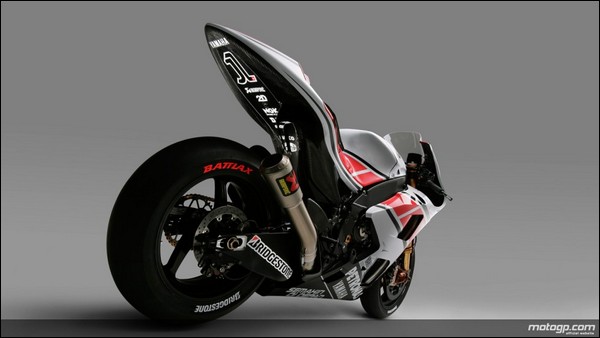 Yamaha is happy all the way on their 50th anniversary. In fact a special 50th anniversary logo has also been engraved on the fuel tank of 2011 YZR-M1, on all Yamaha team’s uniforms and all the things used for racing like Yamaha factory racing trucks and so on. Yamaha racing is so much happy that they have started a special website that contains a special archive that dwells into Yamaha’s racing history. The website will be updated throughout the season with special videos, messages, news and interviews. The special Red and White livery will be displayed this season on Assen and Laguna Sesa rounds by Ben Spies and Jorge Lorenzo on their YZF-M1’s.

Speaking on the special year and livery rider Jorge Lorenzo said that he loves the color combo because they represent history of Yamaha racing. He said that he was glad to put these colors on track He wished that these colors would put them on winning streak. On the contrary the other rider Ben Spies seemed very happy and was actually looking forward to the Assen and Laguna rounds. Everyone at the Yamaha Factory was happy and were all positive for the new season. Everyone from the president to the riders were hoping that this new livery would bring them luck. Overall, Yamaha Factory Racing has marked their 50th anniversary in utmost sensational fashion. We only hope that they continue their success run in the near future.