Even before I start writing on this topic, let me confirm one fact for the ease of our readers. The title of this post will immediately attract you to read about what is the content thinking that Indian bikes will see a limited edition series. But, this write up is not for Indian bikes, but for the International models. 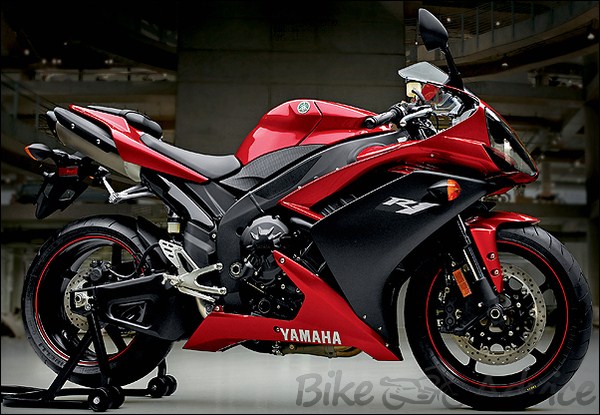 MCN has reported recently that Yamaha will be unveiling anniversary special edition models next week as the Japanese firm celebrate 50 years of participation in Grand Prix racing. Not just one models but four models. These models will be unveiled on Wednesday, but till now Yamaha has revealed not a single info of any of these 4 models.

The site has posted in its website that ‘Yamaha won’t even discuss which models are involved in the looming press release but the firm’s own website reveals at least four of the expected models. It also claims that the Yamaha Press website has created separate folders for these 4 models, but there are no images in any of these folders which clearly proves that the company is maintaining the secrecy to its maximum extent possible. But, the folders include an updated Yamaha YZF-R1, cosmetically changed YZF-R6, FZ8 and YZF-R125, which are the 4 models that will see an anniversary edition soon.

The updated Yamaha YZF-R1 is expected to have undergone a series of engineering and cosmetic changes but will still remain fundamentally the same bike as the current model which is on sale globally. 2009 was the year when the current R1 model underwent a change. This is a reason why this model is suffering setback in terms of competing with Yamaha’s rivals from various other brands.

The R1, along with the other models are believed to all be getting a paint scheme based on that seen at the Laguna Seca and Assen rounds of the 2010 MotoGP championship with reigning world champion Jorge Lorenzo and team-mate Ben Spies.

Apart from R1, the other 3 models to undergo change are the YZF-R6, FZ8 and YZF-R125 (as mentioned above). But, we are left with no hint or clue on what changes these models are gonna see.