If you are desirous of Go-Karting, then that is the foundation for Formula One racing, and you simply cannot do it without a Yamaha KT 100 engine. Blueprinted and designed by Yamaha, these KT 100 engines are the building blocks in the world of karting since almost 20 years. It has ushered in a new era in the world of racing as the engine is available at affordable cost. You just remember that KT stands for Kart in the Yamaha KT 100. 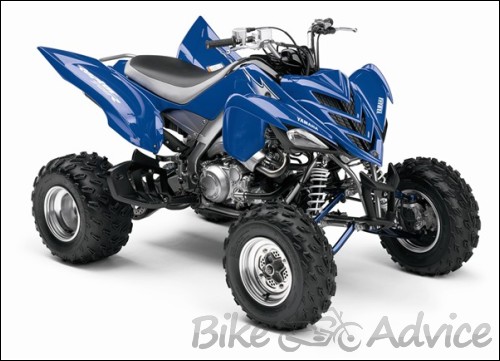 The Yamaha KT 100 is a 2-stroke, 100cc, mono cylinder, kart engine that includes carburetor and total ignition system for high-end performance and application. This engine is available in several forms and has become quite popular in many countries. With varied exhaust system and carburetors, this versatile engine can be blueprinted for a large range of vehicles for enhanced efficiency and greater performance.

This simple engine uses piston-port induction system. The dry weight of the engine is not more than 19kg and fuel management is done by Walbaro WB-3A carburetor.

The key advantage of Yamaha KT 100 is its reliability factor. Other benefits include low-cost maintenance and reasonable pricing, so even a low-cost budget racer can afford it. In this series of Yamaha kart engines we have Yamaha KT100 J/S/SEC models. The Yamaha KT100J is smaller with less additional features but it can be upgraded to its superior version.

These Yamaha Kart engines are available approximately at MRP $699 that is much lower in price than Yamaha 2005 YZ85 model that is almost double its price. Clutch is not included in Yamaha KT 100. With auxiliary and not push starting, this Yamaha KT 100 engine is air-cooled with Yamalube 2R lubrication making it the most competitive low cost racing engine.

Several racing statistics says that this particular engine can deliver 15500 rpm to 16000 rpm @ 17bhp. Additionally if one can equip this engine with a 90 degree expansion chamber, one can pull it to 19-20 bhp. Generally, the kart engines are available with 8hp and 60cc unit combination to 90 hp and twin 250cc cylinder. The Yamaha KT 100 is though a single cylinder engine however, providing great performance. Other kart engines are mostly water-cooled ones, but time and again it has been proved that air-cooled engines dominate the sport tracks. Therefore, they are preferred to any other types.