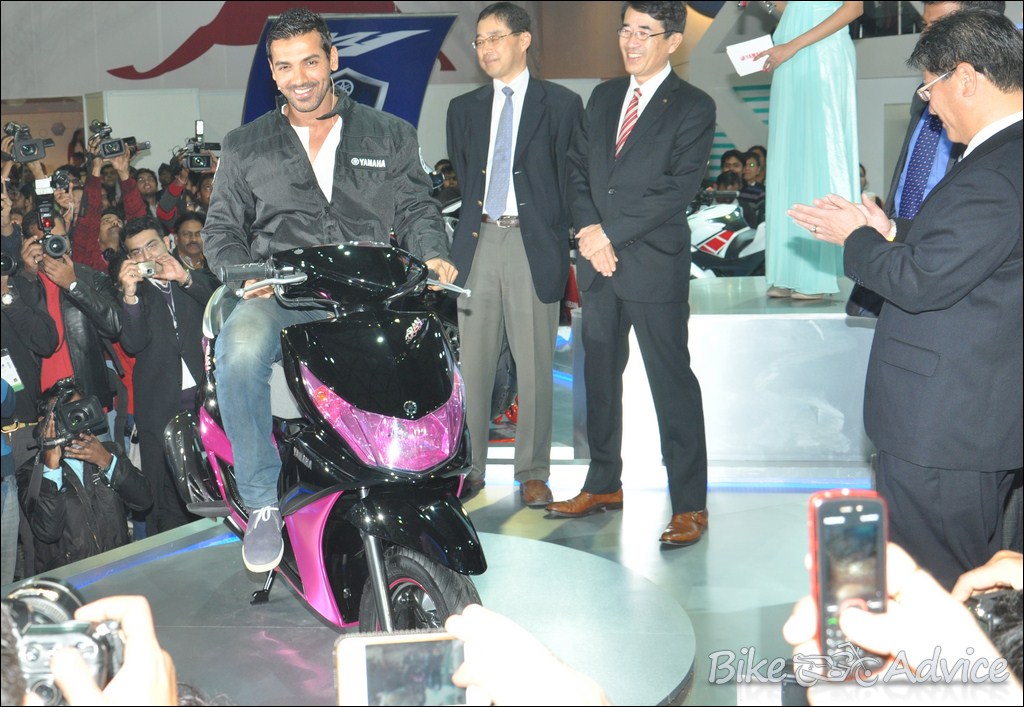 The launch of Ray – Yamaha’s first scooter for India has given the company a promising future and the Japanese giant plans to take the company forward in the years to come. India has always been a potential market for Yamaha and the sub–continent has never ditched the company’s growth at any point of time.Yamaha expects the year 2014 to be very promising in terms of its development for the reason that it plans to sell 1 Million units by then. In order to attain this figure, Yamaha plans to roll out more models and at the same time increase its production capacity.

Yamaha also has future plans of converting India into its export hub to other markets in Asia and outside as well. “By 2018, our total production capacity in India will reach 2.8 million units. At that point, India will play an extremely important role among Yamaha group, not just in supplying to the Indian market but also in exporting to other markets. We will aggressively transfer technology to accelerate the two-wheeler industry,” he said.

The setting up of the new plant in Chennai is in fact a well planned layout to attain the above mentioned figures in terms of its sales volumes. This plant will be commissioned by 2014 and will aid the company in boosting the production and ramping up volumes. “We are planning to expand our sales to two million units in 2016 and 2.8 million units in 2018,” he then added. Currently, IYM (India Yamaha Motors) operates from its state – of – the – art manufacturing facilities located at Surajpur in Uttar Pradesh & Faridabad in Haryana and produces motorcycles both for domestic & export markets as well.

The Ray, according to the company would help Yamaha gain a whooping 20 per cent market share specifically in the scooter segment, but in the year 2016. Though the sales volume for bikes has seen a dip in the last month or two, the scooter segment has expressed consistent growth.

At the launch event of the Ray, Mr. Hiroyuki Suzuki, CEO & MD, India Yamaha Motor Pvt. Ltd. said, “I am positive that we can get a strong presence soon in the Indian scooter market.  Our dealers in India are dedicated to improving their facilities and services for the scooter sales.  We have expanded our dealer network and specially improved customer care quality for female customers by appointing more female staffs at customer contact points and introducing female customer care programs.” 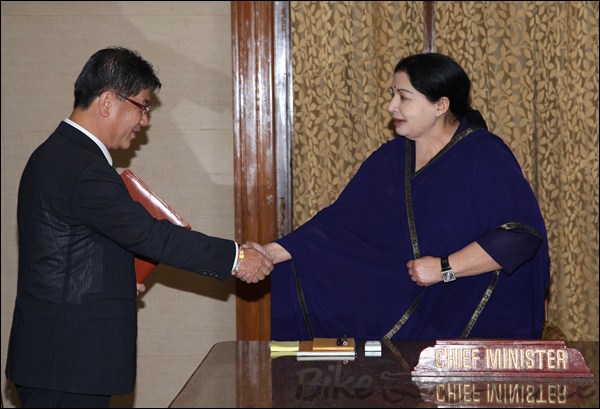 There’s yet another special feature about the Ray that deserves to be mentioned here. We all are pretty much aware that the Ray is targeted mainly on women and the working class to be even more specific. For the first time in India, Yamaha has designed an exclusive assembly line for the Ray that will be run by women as part of the production team. Well, we should really call it ‘Women manufacturing for women.’ That’s something really nice to hear and to think about as well. The company has also developed a riding training program for female customers. The riding training program is named as Yamaha Female Riding Training program and will be implemented across India.

The Indian motorcycle market has a current annual demand of approximately 13 million units (Yamaha Motor survey, 2011 results) and, with factors like continuous strong consumer spending and population growth, this demand is expected to surpass China’s within 2012 to make India the world’s largest motorcycle market.

Will Yamaha manage to rock the scooter market? What are the models that the company is planning to launch in the years to come? Any chances of bringing a 250cc bike into the market? Well, even we do not have instant answers; let’s wait for the time to answer. Well, Yamaha to answer!