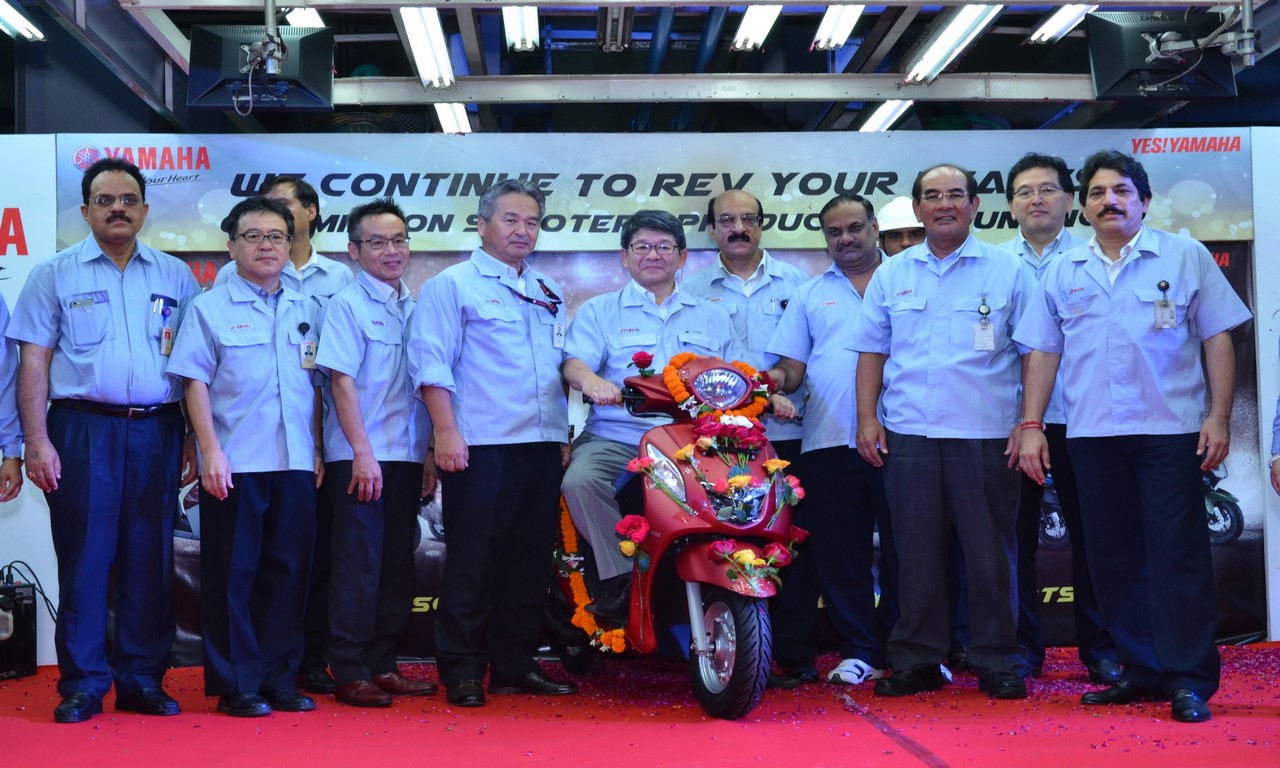 The moment you mention Yamaha the first thought that comes to mind is performance. However, they have been crowd pullers even in the volume churning segments. The Japanese manufacturer recently reached the 1 million production milestone for automatic scooters in India. The Fascino got the honours to be the millionth unit from the assembly lines at Surajpur, Noida.

Yamaha India entered the world of scooters for the first time back in 2012 with the Cygnus Ray. Of the 10 lakh odd scooters produced, 80,000 of them have been exported, both from the Chennai and Surajpur plant. The major overseas export countries for Yamaha are Nepal, Mexico, Sri Lanka, Costa Rica, Dominican Republic and Ecuador. 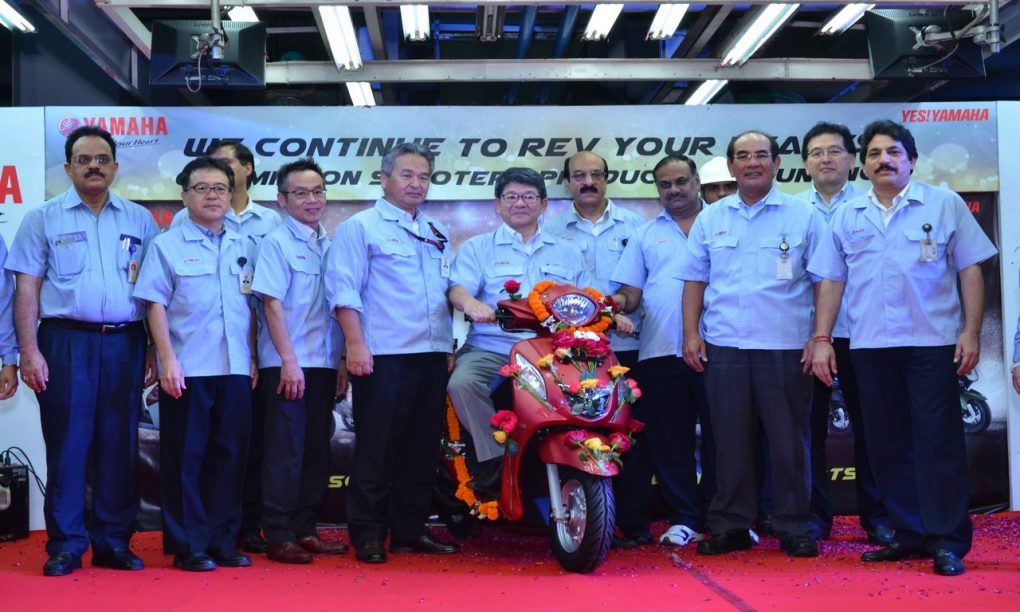 Automatic scooters constitute a major portion of two-wheeler sales in India, and the company wants to raise their market share in the segment to 10 percent by the end of the year. With a country wide network of 2,300 touchpoints, Yamaha wants to produce 1 million two-wheelers this year. Scooters, they guess, will constitute 4.6 lakh units out of the total target. While their overall sales in the first half of 2016 has grown by 45 percent on a year on year basis, scooters has registered a growth rate of 94 percent!

Post the Auto Expo they even launched the Cygnus Ray ZR, targeting a more youthful audience. The success story posted by the Fascino though has been a tale which they can be proud to flaunt. Being the trendsetter, it has managed to garner a healthy sales volume of more than 20,000 units a month.

While all that is fine, Yamaha, when are we getting the MT-03?