Asbhishyam has submitted this review in our Ownership Review Contest No 13, ensuring himself an assured prize. The contest also offers a chance to win Riding Jacket, Helmet and more.. You can submit your review to us as well. Here are all the details.

In 2011 I was in my 12th grade, and I desperately wanted a bike. I cropped and harvested the idea a lot in my mind before asking my parents for a bike. I didn’t tell them at that time as I didn’t need a bike urgently and had a Honda Aviator as my ride and was quite happy with it. 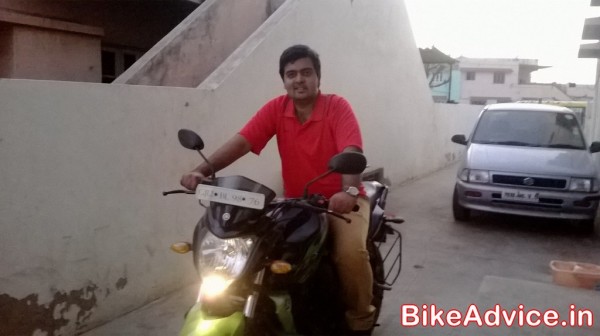 But as time passed my wish for a bike increased a lot and finally decided to tell my parents about it. So I told them that I needed a bike, and was brushed aside, as expected. But in my mind I started planning for my bike.

I had a strange set of personal criteria. As I am only 5 feet 6 inches, I needed a bike that was low and light, and handled easily. Also, I was of the thought brigade that puts handling and riding feel above mileage. Hence, I shortlisted the following bikes. 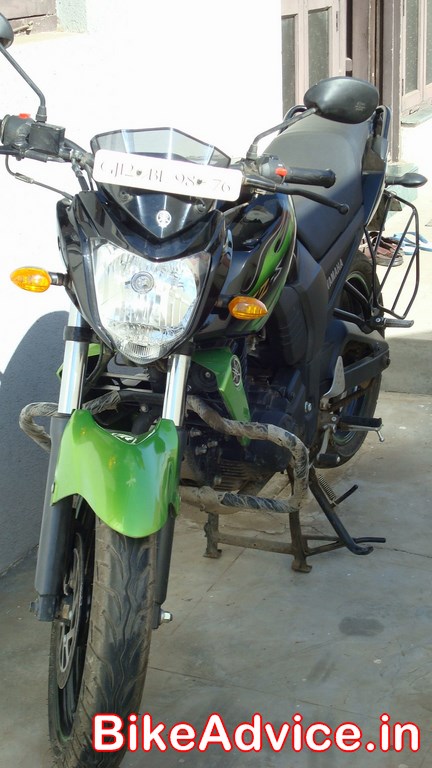 My research was based solely on the internet, as I didn’t know how to ride a bike then.
I quickly dismissed the Apache as I had read a lot about its vibrations and also that its engine wasn’t very smooth. I dismissed the P150 as it was  extremely common and mechanically not very sound. The HH twins were disqualified again due to their commonness and height factor.

From then on, the duel was between the Avenger and the FZ. I played endless scenarios in my mind as to how I would look on either of them. Also, I was reading about these bikes on the internet extensively. While both got mixed reviews, the Avenger was said to be a bit tough to handle in city and also was a street bike in shape of a cruiser. 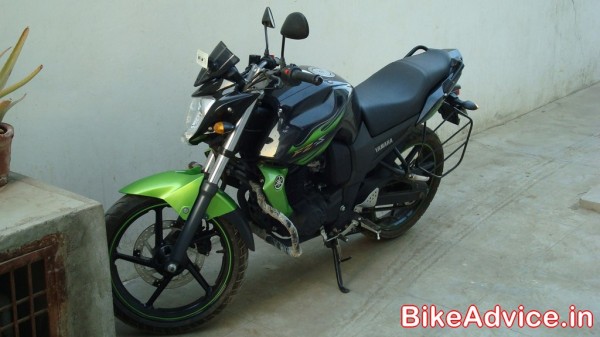 I had also heard about skidding issues with the Avenger on sudden braking. All this prompted me to drop the Avenger from my list. Meanwhile, what I read about the FZ was also mixed, like it had a less than decent fuel economy. But since my running was not much, I decided to ignore it in favour of the great handling, looks and feel it has.

I bought my bike in October 2011 and its been rosy since, well mostly. The bike never gave me a reason to regret mostly, because the times it failed me were my faults.

Most people complain about the lack of power in the bike, I personally don’t think so. The bike is for city riding, and its perfect in that respect. 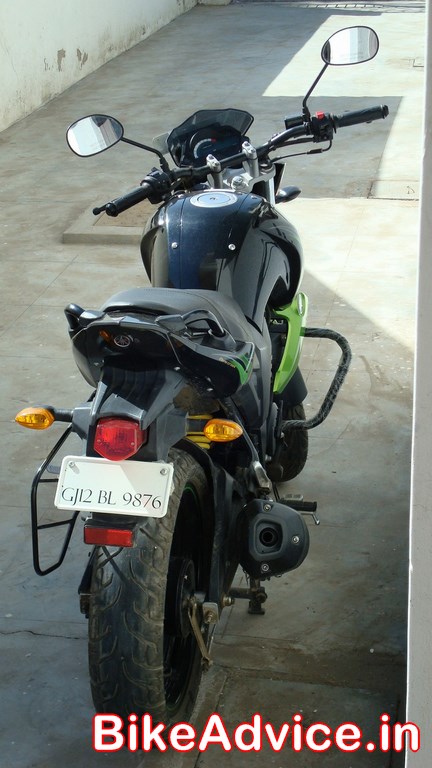 The bike cost my dad ~75000 rupees on road as per Oct 2011. My story with the bike is 6000kms long in 2 years and 2 months. The mileage that I get is about 40 kmpl in the city, and I am satisfied. She handles like a blade in the hands of a Samurai, always fine, always precise, never slips and achieves amazing angles for a bike of the 150cc commuter segment. I didn’t get a chance for a long drive yet, but I will soon do.

What I love about her:-

She never falters. Never! Under any circumstance of hard braking, or sudden change of line, or sudden speed change, she always stays calm, in control. There is never a speck of hesitation over any command. The place I live is ‘extremely’ dusty. So a normal braking manoeuvre can result in a skid. But this doesn’t apply to me and her, we never skid.

The bike is very very comfortable to ride around in the city. The simple straight handle bar is great to hold and delivers a confidence inspiring upright seating posture. 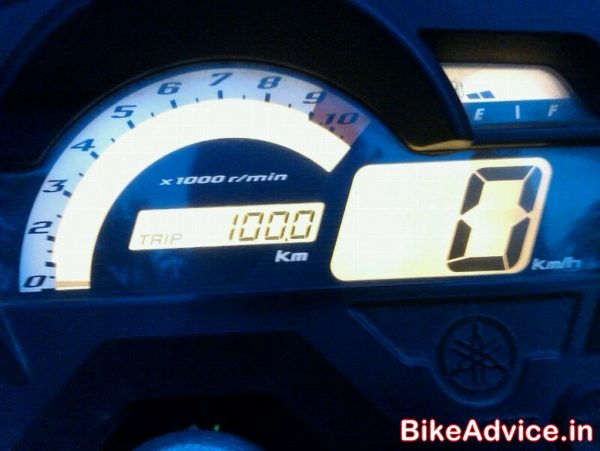 While I have never had a major crash with her, I have had a small one.
Me and a friend were once going through a shortcut, which was muddy. And the mud was the extremely slippery’ type, so the tyres could get no traction. So, we fell while starting the bike in first gear.

And, once when I was washing her, I forgot the instructions and removed the seat and watered her down. Then she refused to start. I wiped down the whole electrical area, but still she refused to start. Then, I started her by dragging her in first gear with the clutch depressed and then suddenly releasing the clutch. Hurray! Success! Left her to idle and slightly revved in between. Then she behaved as if nothing ever happened, and so did I. 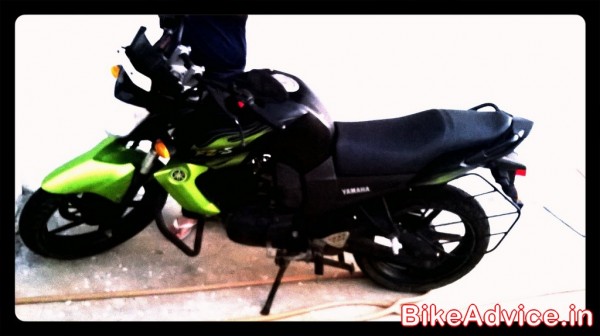 Rest of our life has been pretty incident free.
This is the start of our journey together, and we shall have more for you next time. If anyone needs to contact- abhishyam2007@live.com. Till then, ride safe, wear a good helmet,