Sachin has submitted this review in our Ownership Review Contest No 13, ensuring himself an assured prize. The contest also offers a chance to win Riding Jacket, Helmet and more.. You can submit your review to us as well. Here are all the details.

I never imagined that that day would dawn into my life so unexpectedly making a sudden change to something I was really crazy about. 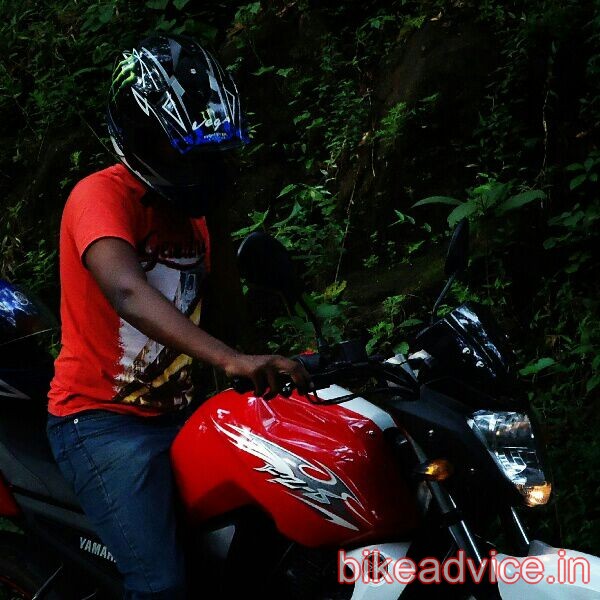 I was driving on a normal sunny day and I was going on at 80kmph, when suddenly a man on a bike got on to the road without looking back, not even having rear view mirrors. I did everything to save us but all that went turned into a total fiasco. I was flying and my bike was following me, neither of us knowing where we would land.

It landed on me and I lied there thinking I was no more. I was in hospital for 2 long weeks as I had my hand muscles completely shaved off by the tarmac. I thought it would be the end of my riding. But to be frank, it’s after that I had become a real rider. I knew the change in me because I could feel in it me. Like the saying goes, “If you don’t crash, you don’t ride”. After that accident, a stronger bond established between me and my bike. 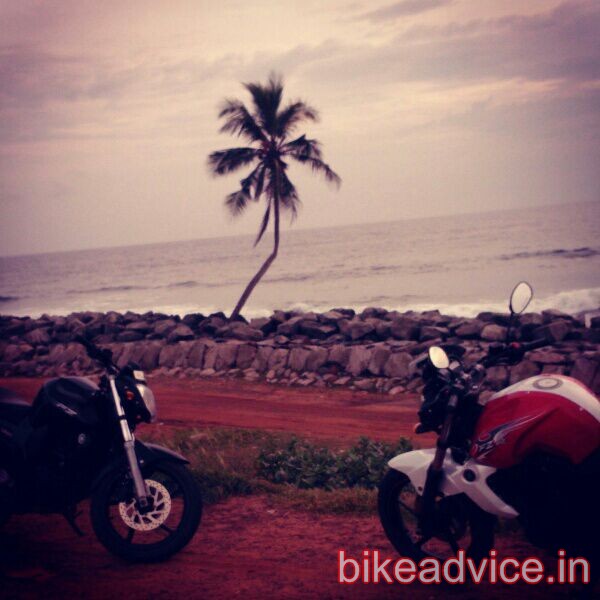 This is the BIOGRAPHY OF A LEGEND.

It’s all about a street fighter and his wars. I was unsure about writing a review about FZ-S since it is a common bike for most people ever since its launch a few years back. But there has to be some reason why I woke up at midnight and started writing this, well you will find it out as you read on…

How and when I got the bike?

I-cried-Dad-bought! As simple as that. I badly needed a bike from the time I was studying in 10th grade. My dream became a reality in 12th grade. I was riding my red and white FZS during my 12th grade vacation time!

I won’t be talking a lot about the usual characteristics like performance and handling but I’ll surely talk about instances where the bike has made my jaw drop! Neverthless to say every other kid in India knows about FZ16 and FZS, common man’s muscle bike! 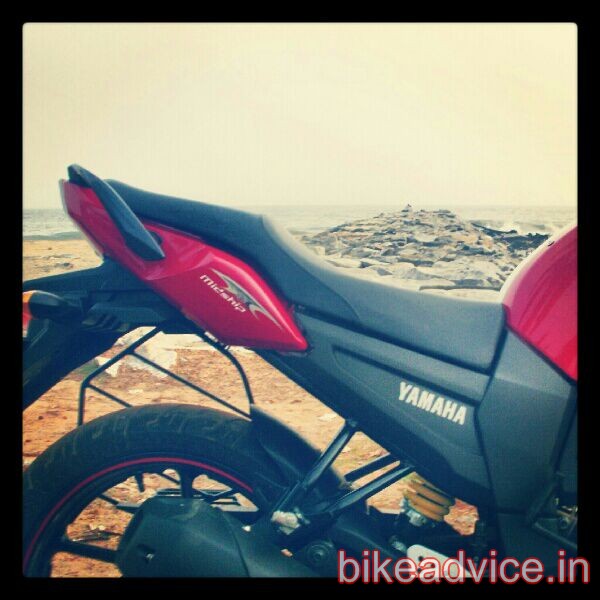 My bike is one and a half years old and did just 7500 kms! It was only 2 months ago that I had taken it for its first long ride to the hills of Vagamon, Kerala. The ride was very amusing and the bike was very submissive around corners. On the top of the hill, the fifth gear was literally useless no matter how much I revved in 4th gear. For the record I had a pillion. But by just shifting it to down to 4th, it was jumping horses all over again!

On stretches I could easily touch 100 in 4th gear. I did a top speed of 110+ but I haven’t bothered much about top speed in a bike with low and mid-end power band. The jump one gets in lower gears are truly mind blowing.

Right now I stay in Bangalore and in the city traffic, I feel enough power in twist of my right hand. I owe this bike so much for helping me to learn a lot of skills so easily. I’d have never learnt cornering like how I do now. 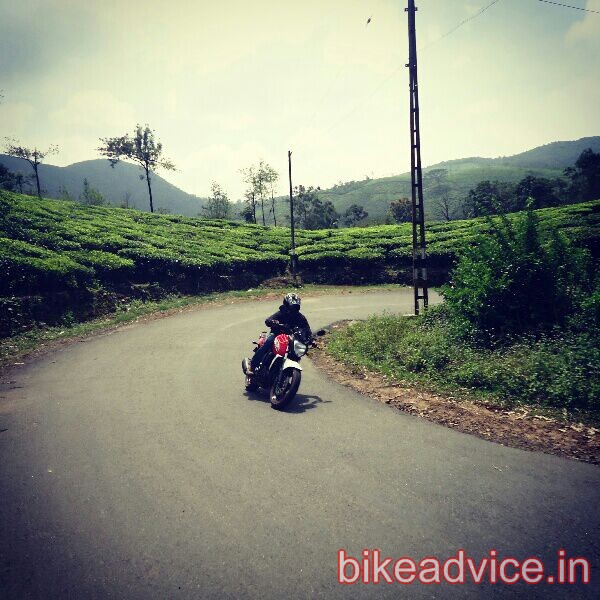 I owe it so much for saving my life at moments everytime I thought things were at their end. Once I was going through a familiar road in my hometown and I saw a small electrical wire lying across the road. Not thinking much over it, I proceeded normally as I was in a hurry. And then suddenly someone pulled the wire from one side and it suddenly got raised like a barrier! There was less than a metre or two before I could get entangled in it and fall down.

I applied front brake aggressively and front wheel locked and bike was going towards a post! And suddenly, I could feel the bike leaning to crash but then I let go the front brake and applied it again progressively and stopped. The construction workers as well as myself, had our eyes closed! When I opened my eyes and I realized that I was only a needle distance away from another big crash. 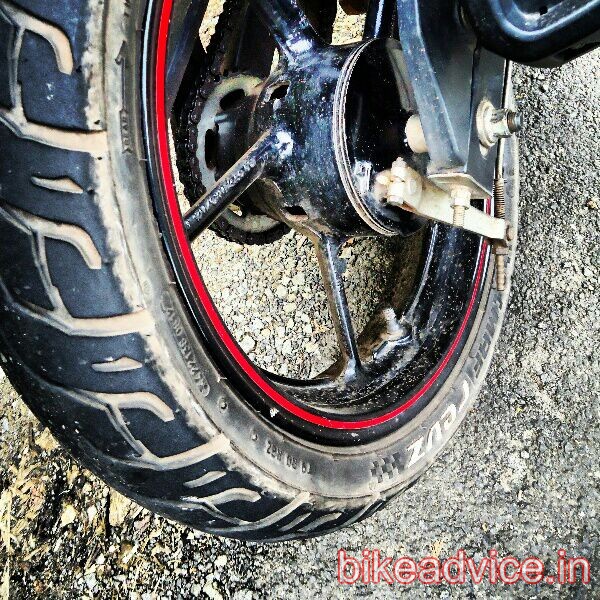 Now, talking about the performance front, till 80-90kmph it stays ahead of all other bikes less than 160cc. Yamaha FZS is a very forgiving bike but I warn you, if you push it to the limits in corners the foot peg often touches the road!

I have ridden a lot of bikes with bigger engines like pulsar 220F or even the Duke 390. I do accept that they put more adrenaline into my veins through their sheer acceleration. But for me, my FZS has all my heart. After I rode Duke 390, I was all like “Heck Yeah, I’m selling my bike and getting a 390.” 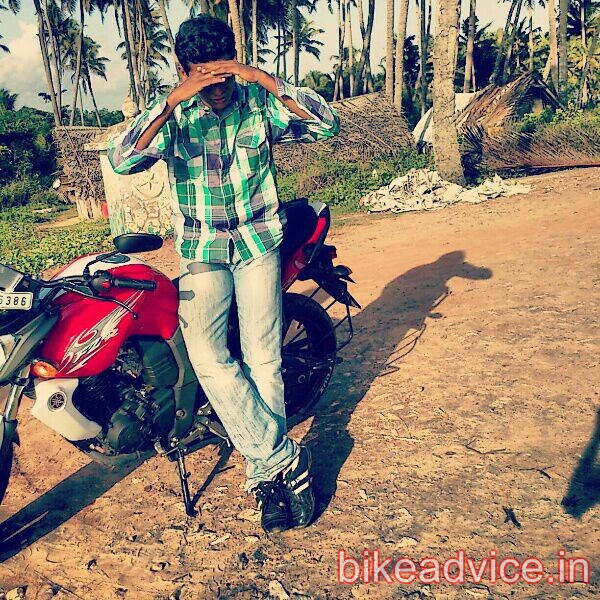 But after sometime I was so sad thinking of what I said. Not that 390 is bad, it is an excellent bike and I plan to get one after I get a job, but, SORRY-IN-ADVANCE! 390, my heart was stolen once and you’ll never get it. In the near future I’ll be upgrading to 180CC big bore from Race Concepts. And I just got reminded of a saying, “If you can’t take a moment to appreciate it’s beauty after parking, then you got the wrong one”. Well, me? I always stop and admire before walking away. 😀 That’s all about a legend who still rides on. 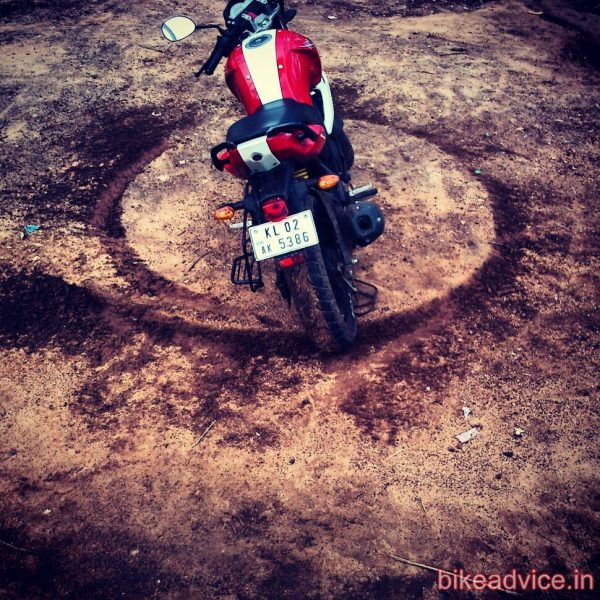 When I ride, I know how to synchronize my heart beat with that of the valve openings and closings of my bike.

Thank you for reading. Have a nice day!
Sachin Syam