When I talk about biking, I only get reminded of a quote which I read from a book once “Four wheels moves the body. Two wheels moves the soul”, well true being said, when I start my bike, it my soul which takes off even before the engine starts roaring. And today it’s nice to see that I started off with the humble Bajaj sunny and today I am riding the bike of my heart, my all new Yamaha FZ-16. I am a creative person and work for the Media in one of the biggest TV / Film production houses in Chennai and to me even though cars are the means of going out, biking as always been a passion and it never seemed to get out of my blood. I still remember those years when I used to race in the Sunny and still managed to reach speeds of up to 80 kmph on that mini scooter. Those were years!!! 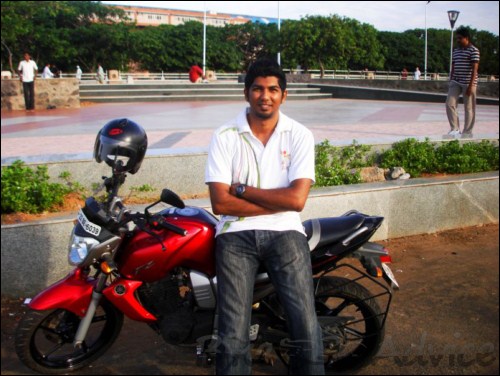 Just like most young bikers, it was love at first sight, and it all started when I was driving to my office one day when I happened to pass a Yamaha showroom and there was a FZ lined up in the front of the showroom, and while I sat there looking deep into those glassy showroom, I totally forgot that I was in the middle of the road and there were 20 to 30 cars behind me all honking as hell. I finally just captured that thought of this amazing looking bike and moved on to office. Later that evening I took the same route and made it into the showroom right on time before they closed for the day. I got all the brochures and finally had a firm thought in my mind that this was going to be my bike after all these years. It was finally “YES” for Yamaha. 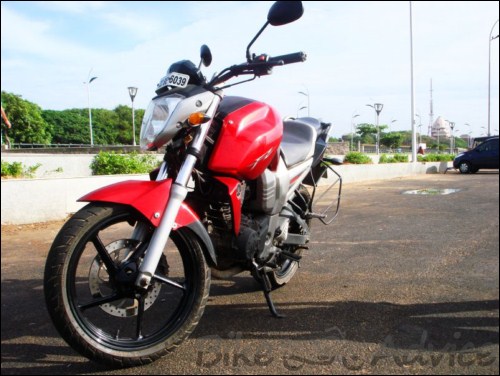 When you actually look at the FZ-16, you will see a style and a make unlike any other, the style captivity is so high in this bike that even now, so many months after the launch, I still manage to get the looks from co bikers when I wait in the red light, or zoom across the streets of Chennai. The Yamaha FZ16, at 153cc it’s quite a muscular bike. When you look into the specs of the bike, you can see that it is nothing extraordinary, but when you get the feel of the drive, I found that it was worth the price. I do agree the Pulsar one of a master piece for India, but after the Yamaha FZ-16 launched, it made the Pulsar look like a bike of the older generation. 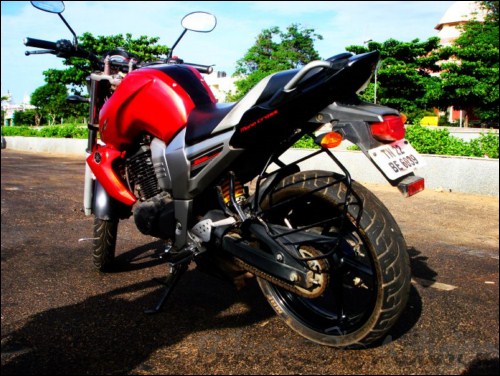 The R15 is also an amazing bike, but I felt it doesn’t have that much a road presence as the FZ-16, the way I handle my FZ is sure way too better than the R15. There is good amount of low end grunt, something which is missing in the R15. Though power of 14PS doesn’t speak much, it’s the torque which is worth talking about. 13.6NM @ 6000 RPM means this bike pulls very well from any RPM. There is very good throttle response and the bike will nudge 120kmph which is the norm in the 150cc segment. If you don’t mind the fuel mileage, I guess we just not talk about it…

Few points for which the FZ looks itself down:

I will set the norms straight with 4 major credibility’s which are to be considered:

When you give the first look at the bike, you will notice that there is an ample amount of graphics and vibrancy of colors on the bike and they have been done keeping in mind the end user and is customized exclusively to cater to the needs of the majority of the young biking community. I guess the major target of the FZ is a 18-35 year old male who is brand conscious, stylish & confident and has an active mindset and inclination towards the best style in life and it just suits my creativity more than any other bike around.

FZ comes with a ‘MidShip Muffler’ which is toward the center of the machine to achieve good concentration of mass, exhaust efficiency and handling. The Monocross rear suspension is something very new in India and I was skeptic on how its performance would be, but after riding the FZ, I found that it was one amazing technology to be considered for an effective biking since it ensures agile running performance and handling. The bikes also have “140/60-17” size rear radial which is also the first time to be introduced in India it also guarantees a 60% aspect ratio that contributes to better grip and handling stability.

The FZ boasts a 153cc air-cooled, 4-stroke, single-cylinder high torque engine for active & aggressive city riding. The engine is been massively tested against the minimum horsepower loss. An active TPS (Throttle Position Sensor) contributes to outstanding engine response. The 5-speed transmission provides a smooth operational touch and the gear ratios provide optimum performance and agility in city riding. I am not saying other bikes come with better performance, but when I zoom across a curve I realize that shifting gears in FZ is much smoother than in any other bike.

Apart from the best breed of technology which has gone into this bike, I loved the way they have designed the exhaust and the head display. The headlight gives a very masculine look and the back of the FZ has always been a view of jealousy to many bikers. With a 2.5k extra you can afford the FZ-S which shares the same performance details as the FZ but the stickers and the frontal wind shield will be an added asset. The new Yamaha FZ-S will be available at a price of Rs.73,175/- while Yamaha FZ16 is priced at Rs.75,300/- (Ex-showroom, Chennai).

Of all what I have said above, the FZ16 is a fantastic machine; it is worth the money and is certainly my pick in the 150cc segment. Its unlike no other bike in India (as far as my opinion is considered) it will determine if you are an ordinary biker or an extraordinary one. 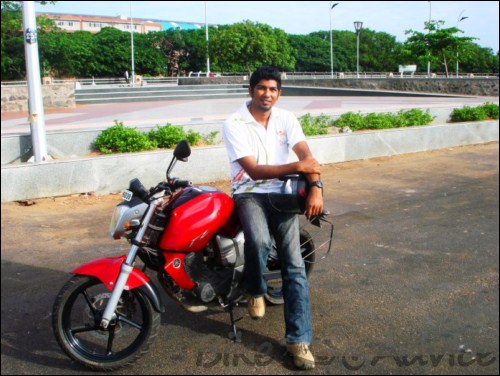 I may not have the money to buy Harley Davidson and I certainly don’t want to work all my life to fill the tank with ever increasing fuel prices and being tall and slim I don’t have that much of a strength to handle a Bullet, but I definitely have a choice of riding my red colored Yamaha FZ16 and get the looks from all those lovely people while I zoom my city of Chennai.