It was raining that day I think. The day when an article was published about the R15 being launched in India in Hindustan Times. I read that article about 20 times that morning, amazed that a company like Yamaha was back from the ashes and introducing such a technological masterpiece in the country. And that too, after being so slow in keeping up with the pace of the market after the introduction of the Pulsars, CBZs, etc. 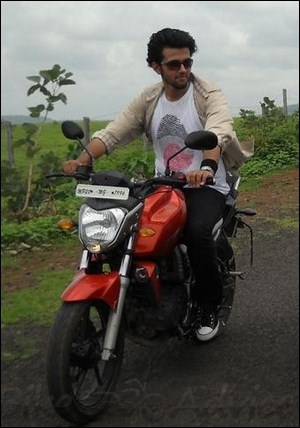 I was about to join college that year, an engineering one! So naturally, a bike was the first criteria that I needed to fulfill. 🙂 Next step, I showed my dad that article. He read it and said that 1 lakh for a bike? That too by Yamaha? No way! End of discussion.

I sulked. But he did not yield. Upset and sad, I Googled “Yamaha R15 Wallpaper” hoping to get some images of that blue beauty to lust after. I came across a page where the Indian unveiling of R15 was described at the Auto Expo 2008.

I started reading it profoundly, and underneath was another article about another bike from Yamaha, some FZ16. And that was the start of my love story. I fell in love that day, “LOVE AT FIRST SIGHT”, actually!!

It took some 20,000 words of convincing my dad to book this bike as it was not launched till then, and he was not ready to pay 72,000 bucks for it without seeing it. But I did not yield, was feeling like a revolutionary, fighting for justice and freedom from my Activa. He succumbed. Just had to. To cut the long story short, I was the first owner of my baby in Jabalpur, and the day was 30th October 2008.

Fast forward to January 2011. It’s been more than 2 years since I have been committed to this beauty, and one hell of a relationship it has been.

In the past two years a lot has been written and said about this naked street-fighter from Yamaha. Go through any bike magazine or any automobile blog or the likes, and you are surely going to find more or less the same things about this bike being universal across the board…

So I am here to jot down my experience of owning this masterpiece, not a proper review in its sense, but an account of riding this bike day in and day out, night in and, well, night out! 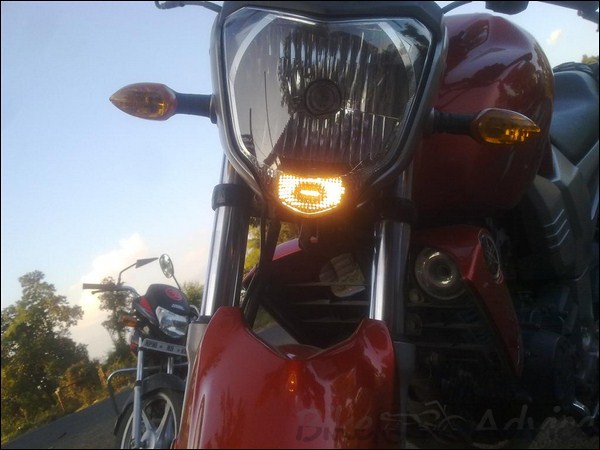 Having completed around 15,000 kms on it, I guess I owe it to the guys at Yamaha and all other biking enthusiasts who are still sitting on the fence whether to get these new Generation FZ series bikes from Yamaha or not, a detailed uncensored account of owning this bike. 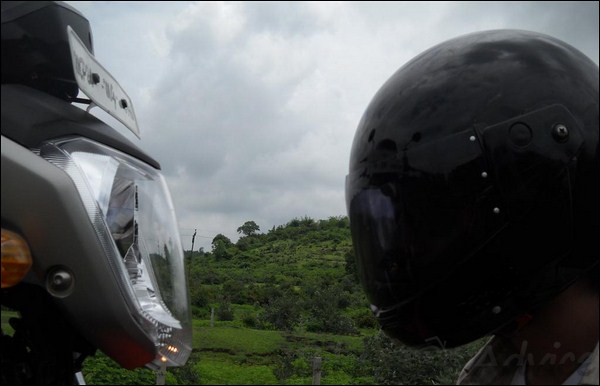 Those small things which are easily overlooked, but which make all the difference when living with a machine as your daily tool. The ride has not been always merry, it has been kind of tough sometimes. But one thing is certain, it has been one hell of a ride! So where do I start? Oh yeah… the first thing every person aged 6 to 60 years notices while zipping it through the streets, the famous rear tyre!

The rear tyre is really very fat, so much so that sometimes it gets unbalanced on a rugged terrain. 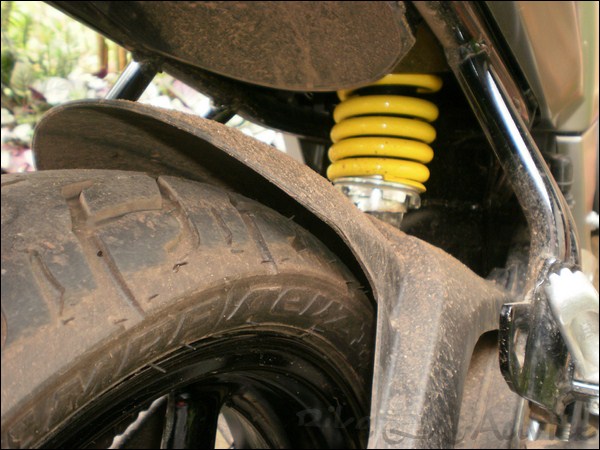 The tyre was supposed to keep the bike extra balanced, but I guess Yamaha got a bit too carried away with the look that tyre gave, and went a bit too far with the tyre width.

This is the best looking bike in the country. Have yet to meet a living soul who has something bad to say about it. It looks that good. From its short stance, wide handlebars, mono headlight, lack of any windshield, its nakedness taken to new heights!

The fuel efficiency figures are respectable. There are not great, but nowhere near the pathetic figures that has become such a trademark of this bike. When driven at a respectable speed of around max 60-70 and not revving unnecessarily, the bike returns a respectable average of around 40-42, which is quite ok. Not great, but decent.

The exhaust muffler is made out of fiber, unlike metal as in most other bikes. It gives a rather unconventional, sporty and muscular look, but that’s not what is most important. 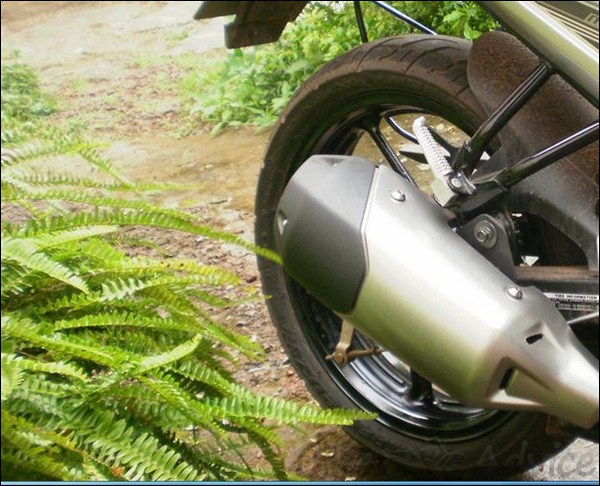 For me the main point is that the muffler DOES NOT GET TOO OVER-HEATED even after long journeys. I mean, how many times it has happened with you that after a long journey your trousers get stuck with the silencer, get ruined and your leg gets burnt in the process??

The ride quality at high speeds is very good. I would admit that it does not give the ultra-super-smooth performance like the CB Unicorn Dazzler or the GS 150R.

The rear seat is very small for the pillion rider, especially for us Indians, but for guys like me, it’s a blessing in disguise, as it makes the, person sitting behind you come in, ahem ahem, close proximity to you. And that is exactly where the fun begins!!

There is no leg crash guard for protection (seriously!). It doesn’t bother me much, but it does irritate my dad quite a lot. Many have criticized this bike for being made out of fiber and all. 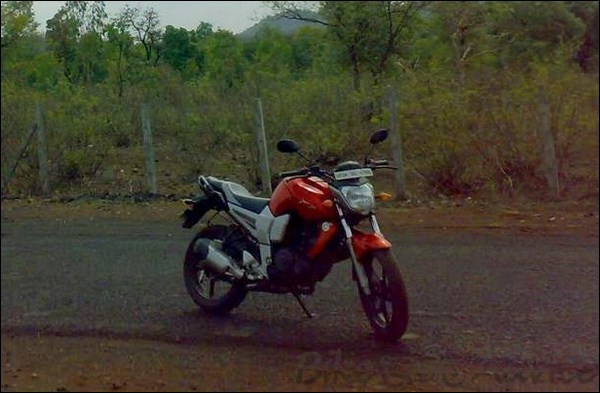 I don’t think it is a drawback. On the contrary, it makes the bike lighter and hence easy to handle in all traffic conditions. Especially someone like me who gets to see the light of the gymnasium only once every blue moon. 😀

The headlamp dipper is not as bright as the beamer, and makes you switch to the high beam rather reluctantly, even though you don’t wish to, making the pass switch somewhat irrelevant at nights.

I was very apprehensive about there not being a kick start on this bike. And I know many who opted out of buying this bike for the same reason. But I guess my fears were completely unfounded, as I haven’t ever been let down by the self start mechanism, except for once, when I discovered that my battery was out of juice.

Speaking of the battery, it requires a top up once every 18 months or so. Some say its maintainance free. Really?!

The seat is very difficult to remove and fix again back in place. And unlike some other bikes like the Stunner, does not have any utility space under the same.

Not a major downer, but I would have liked if Yamaha would have made some provision to keep a small case or something like that.

The display looks fantastic at night with its colors and graphics, and holds on to its contrast in bright sunlight too, making it easy to read at all times. Many have criticized it for being too toyish, but for me, it looks just perfect, not a penny less, not a penny more!

Yeah one more thing. The fuel meter is HIGHLY INACCURATE and very unreliable. This has been acknowledged by Yamaha as the mechanic at the service station told me and Yamaha is said to have rectified it in the Fazer. 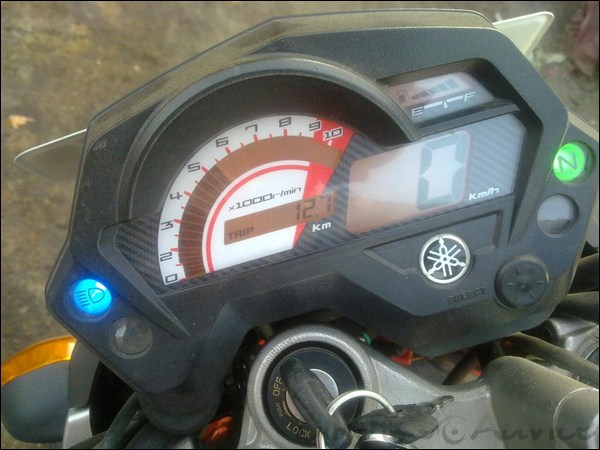 But still, the display showing 1 bar just after getting the tank filled with 500 bucks worth of premium high octane petrol, is a sight to behold! Well that’s enough I guess. There are so many more things that can be written about this bike. But I shall stop here and pass the baton to you guys.

This a call to all the FZ16, FZ-S and Fazer owners, how is your bike keeping up with you? Do you face the same issues as I do? Or am I just the odd one out? And to everyone who is still sitting on the fence pondering whether or not to buy a Yammie or not… Need I say more? Get any of these three and trust me you won’t regret it. Ever. Yamaha is back. And is here to stay for good.

I love my baby. And don’t think that I would want to switch from it. Ever. Well that’s my love story. Waiting to hear yours. So long fellow bikers. Till next time, have fun, ride safely, wear that helmet, and as John says,”Yes Yamaha!”