The relationship of a true rider with his bike has always been like that of a girlfriend, be it with any bike. You have to treat her with respect and love. You feel proud and elated right since the moment you walk into the showroom to book the bike having decided upon all the other things like choosing the perfect bike from amongst the plethora of bikes available in the market, the financials etc. 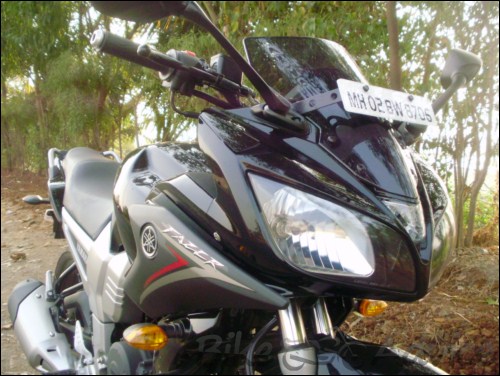 However the process previous to booking the bike is the most crucial and tiresome and many times also confusing as, if you don’t settle for the perfect bike for you, you might regret later. Now days, as riders are more focused on performance biking and the aesthetics of the bike, buying a bike is no more just about commuting to and from work.

It’s more about the looks and the style of the bike, its performance and other extra features added to the bike which, though make the bike costlier but, accentuates the bike’s overall looks. Mileage and price takes a backseat as compared to these factors.

It’s been a long time since I have written a review about my bike. Thanks to Deepak (BikeAdvice) this opportunity has come again. I won’t go too much into the technical details about the bike as that has been mentioned like a zillion times on other blogs and review websites. What I would tell you is specifically why I chose this bike over others and the thought process prior to the booking. 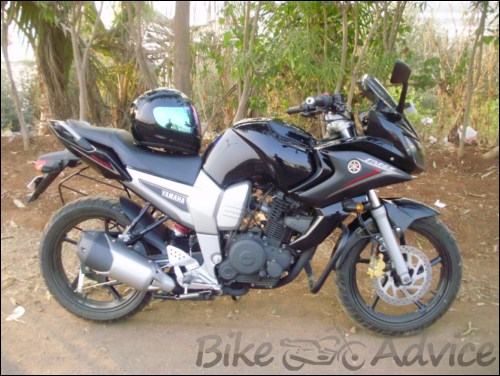 I was already riding a Karizma R before but since I went to UK for studies I had to sell it off. Hence I was sure I wouldn’t be going in for the smaller bikes (i.e. lesser than 150 cc). I had planned for at least 6-8 long trips over the year. Budget was not a big constraint for me. I was okay with having to spend about Rs. 85k for a bike.

Also keep in mind that the time is January 2010. I shortlisted 5 bikes – Hero Honda Karizma R, Yamaha Fazer, Suzuki GS 150, Honda Unicorn TVS Apache RTR 180, considering the prices, technical specifications, looks and overall ride and build quality of the respective bikes. I went to each of the showrooms; luckily where I live, all the showrooms: Honda, Yamaha, TVS and Suzuki are just like 15 mins away. 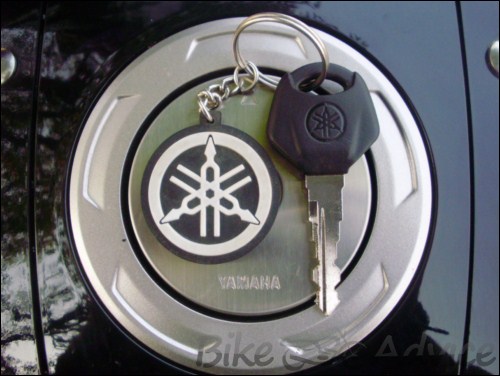 I was apprehensive about the Apache RTR 180 since the bike was new. It did not have much road presence at that time. Also, I had heard complaints about the gear box in the RTR 160 on many of the blogs and reviews websites and was told that RTR 180 uses pretty similar gearbox.

Though the bike looks sporty enough and has a rear disc, a good meter console providing all the necessary details, sport bike type detachable rear mudflap and other goodies which boosts the ‘feel good factor’ and the fact that the bike has been designed keeping in mind the racing spirit of TVS company, but the seat is quite small and not well cushioned.

For long drives this would tend to be a big problem. This also makes the bike look a tad smaller than what is expected from a 180 cc bike. Another problem was since the bike was new; there were not any bikes available for test rides at any of the showrooms in Mumbai. I didn’t like the idea of spending Rs. 75k without even a single test ride. Furthermore, resale value for a TVS bike would be way less than a Hero Honda/ Honda or even a Yamaha. So I crossed off Apache RTR 180 from my list. 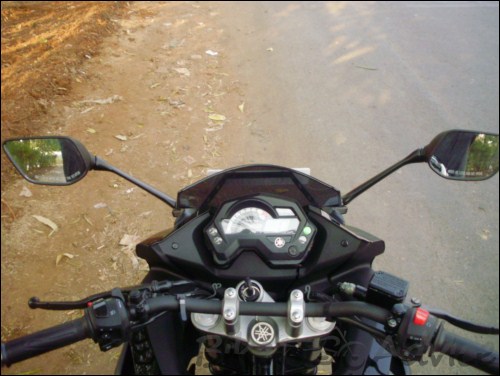 When I visited the Suzuki showroom, the same thing happened. Even this bike was new, hardly any road presence that time and didn’t have any bike for test ride. Except for the meter console – which provides all the required details including the gear shift and also a power and economy mode and the thing that this bike has 6 gears; nothing else about the bike appealed to me much.

The build quality did not seem up to the mark, considering this bike is from the Suzuki stable I had better expectations from this bike. I was bit disappointed due to this. But I still thought of giving this bike another chance (well Hayabusa is one my favorite bikes and I didn’t want to be too harsh on one of the top 3 Japanese bike makers) and hence decided to keep this on hold till I checked out the other bikes. 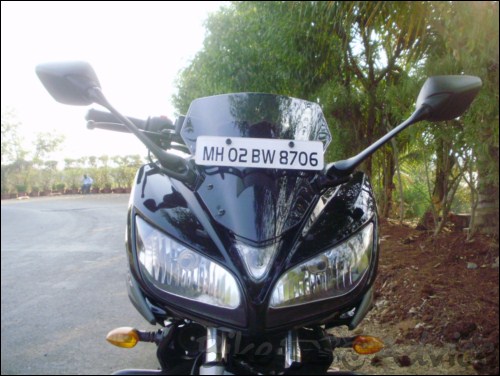 I visited the Honda showroom and was surprised to find the Fireblade sitting in all its glory occupying the premium spot in the showroom – right in front of the entrance. A good marketing gimmick from the second of the top 3 Japanese bike manufacturer but it surely fulfilled its intent. I was easily drawn into the showroom like a moth to a flame. I checked out the Unicorn; though this model is almost 6 years old and very common on the roads, but recently they had upgraded their bike with a tachometer.

However the new meter console didn’t appeal much either, since it remained entirely analog; hence seemed too outdated compared to the digital consoles of the other bikes. The design looks way too much outdated. This was not at all expected of Honda which provided the technical knowhow to Hero Honda and considering CBZ/ Karizma which made ripples in performance biking in India has Honda technology.

Perhaps Honda decided to play safe with its own bikes in Indian conditions – a 150cc bike with decent traditional looks. But for me that didn’t appeal. Also after test riding the bike, it seemed too much short of power. Hence a Rs. 68k price tag seemed too much for this bike. Hence I had to cross this bike off my list. 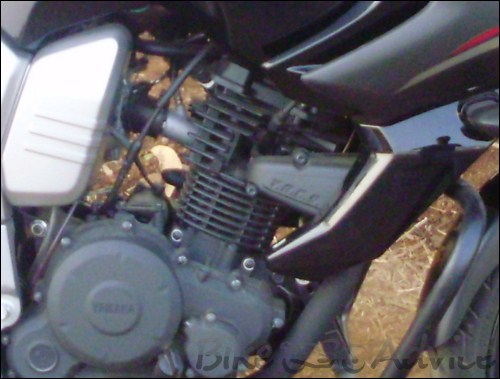 I visited the Yamaha factory shop next. I was thrilled to see black and Yamaha blue R1s standing right in front of the entrance, welcoming you into the showroom. A VMax, a MT01 on the left and a FZ6 and a dirt bike (well they say these are for R&D purpose) as a treat to the eyes. Combined effect: they took my breath away!

Awed by these bikes, I asked for Fazer’s test ride and was immediately handed over the keys. The bike felt smooth, ride quality was excellent and up to the mark as expected from Yamaha, monoshock suspension made the potholes seem puny, firing sound was nice, larger tyres at the front and rear added to the road grip and above all this, the front fairing with the twin headlights and fairing mounted RVMs (Yamaha claims the front fairing design is developed using a wind-tunnel making it more aerodynamic) made the bike look different; overall the bike looked perfect enough for churning Rs. 80k. It is, in fact, the smaller sibling of the world renowned liter class FZ 1 Fazer. 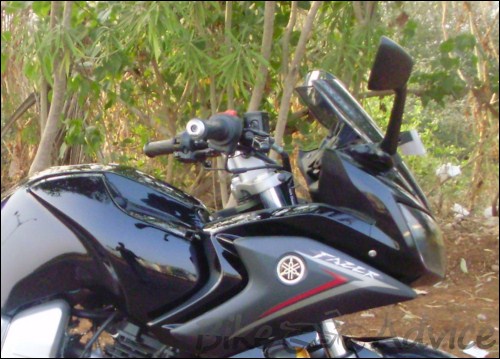 I didn’t feel the need to visit a Hero Honda showroom as I already was sure of what Karizma R is capable of. An excellent bike with a pure performance bred engine, comfortable riding conditions, analog-digital tripod meter console with amber illumination, twin beam stop lights, chrome plated muffler all adds to the ‘feel good factor’ and once on a Karizma you do feel like you own the road. But since I already rode a Karizma for like a year and a half and since now the time had come to purchase a bike, I decided to go in for a new model.

So I crossed GS 150 and Karizma R off my list. After arranging my finances and other formalities I finally booked a black Yamaha Fazer on 11th January 2010. My only condition being I wanted the bike to be delivered on 19th January. Since after selling off Karizma I was without a bike for almost two years, it became more and more difficult with each passing day to wait to get on my bike. Yamaha kept its promise and finally the day came when I could bring my bike home.

Since then having ridden 6000+ kms the bike has been as smooth as silk. I would now tell you more about the pros and cons of the bike.

Currently, I am getting an average of 40 kmpl in city and almost 45 kmpl on highways, which is decent considering that the rear tyre is much wide.

I have tried to provide an exhaustive review with a hope that this helps many of the readers who are planning to buy this bike or are at least considering Fazer as one of their options, to make their decision better and simpler!