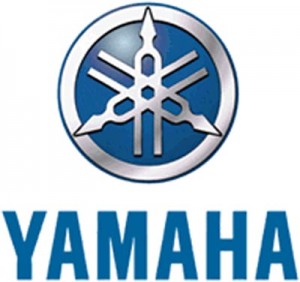 Yamaha India, as we all know, is one of the finest bike makers in the country. Now this bike manufacturer is all set to export vehicles manufactured in their Indian facility to its home country Japan. This will be the first instance in the history of Yamaha that Indian manufactured bikes will be exported from India to Japan. Yamaha had their manufacturing plant set up in India almost twenty seven years ago and this instance of exporting bikes may be taken as a sign of development and sufficient production.

News has it that Yamaha India (subsidiary of Japanese company) will be exporting its first shipment of R15s (300 in no’s) and few 150cc bikes manufactured at their plant in Surajpur. The whole concept behind this export is to test the product in Japan.  If the response is good in Japan then the company will export more of their Indian oriented models. Mr. Hiroyaki Suzuki, MD India Yamaha Motors was of the opinion that the bikes manufactured in India met all the advanced specifications that are required by other advanced markets out there. He also said that the export program is just to test the models in Japan and launching them in other markets would depend on their success in Japan.

Mr. Suzuki also said that Japan is the market for racing bikes and R15 fits the needs perfectly. Not only R15 is easy to maneuver but also fits the racing image considerably well.  He also said that 150cc bikes are much popular in Japan and thus R15 is a perfect choice to test.  Suzuki said that in japan R15 would sport a price tag of 2.45 to 3.42 lakh Yen.

If the response is good in Japan, Yamaha’s next target will be Europe. In fact Yamaha has already started exploring global markets like Spain, Portugal and Turkey to export R15 and FZ by  2013. Many bike manufacturers from India are increasing their export activities day in and day out like Bajaj, TVS etc. In 2011-12 the total No. of exports grew by a whooping about 27%. Bajaj Auto and TVS motors were on the first two spots with whereas Yamaha India was on the fourth spot.

Lastly, the bottom line is that Yamaha is going to expand its operational base in Japan through the use of Indian manufactured bikes. If these bikes are accepted in Japan, it wouldn’t be wrong to say that Indian bikes have all the capability to rule the roads anywhere in the world.