Yamaha Motors Europe (YME) has announced that it is withdrawing its factory team from the Superbike World Championship. The Japanese manufacturer, which powered Ben Spies to the title in 2009, took the decision following a “full strategic review of the Marketing Operations within Europe including all Motorsport activities”. 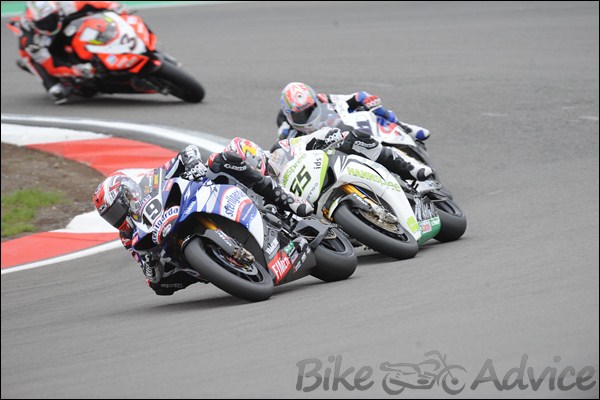 In an official statement regarding this exit, Yamaha explained that this strategic decision (and painful for racing fans) “takes into account the continuing severe and rapidly changing Powered Two Wheeler market conditions throughout the region.”

“Due to this decision more resource and focus will now be used for direct Customer activities to ultimately add more value to Yamaha ownership and increased Customer Satisfaction.”

The company also thanked all its riders and its supporters by saying, “YME would like to express their sincere thanks and appreciation for the total commitment, support, and passion shown by the extremely professional and dedicated riders and team members both past and present throughout the many years of participation in the FIM Superbike World Championship. YME would also like to thank all the highly valued business partners and suppliers who have in-turn supported the team and in addition would like to thank Infront Motorsports, the FIM Superbike World Championship promoters. YME has chosen this timing of announcement to ensure that all existing obligations are correctly met, and to not limit any opportunities or future planning for all personnel involved.”

The decision to quit the world championship has been taken by Yamaha Motor Europe, citing falling motorcycle sales throughout the region

According to thecheckeredflag.co.uk, the Yamaha YZF-R1 has been responsible for five victories so far this year, only bettered by the dominant Ducati 1098R with Marco Melandri taking three wins to go with Eugene Laverty’s spectacular double at Monza.The pair are third and fourth respectively in the championship standings, with Melandri still in with an outside chance of taking the title, but any success will be the last for Yamaha as an official factory entrant.

The statement continued, saying “YME and the team will continue to give its maximum efforts until the end of the existing season to try and regain the World Superbike title which Yamaha also won in 2009.”

The only consoling news here was when he said, “Yamaha will continue the availability of road racing kit parts, known as YEC Racing kit parts, for its R1 and R6 production models for private teams entering at all racing levels.”

The prime difference between Superbike World Championship and the MotoGP is the fact that the bikes used in this are nothing but the same bikes available in market but tuned for high performance. Whereas, in the case of MotoGP. Exclusive race bikes are manufactured and made use of.

Europe is considered to be Superbike World Championship’s traditional centre and leading market. But a few races or rounds are also held in other places like Qatar, Australia, South Africa and the United States as well.  Indonesia was also likely to host a round in 2008, but then got rejected,

This reputed championship is regulated by the FIM which stands for Federation Internationale De Motorcyclisme, which is the governing body for motorcycle racing.