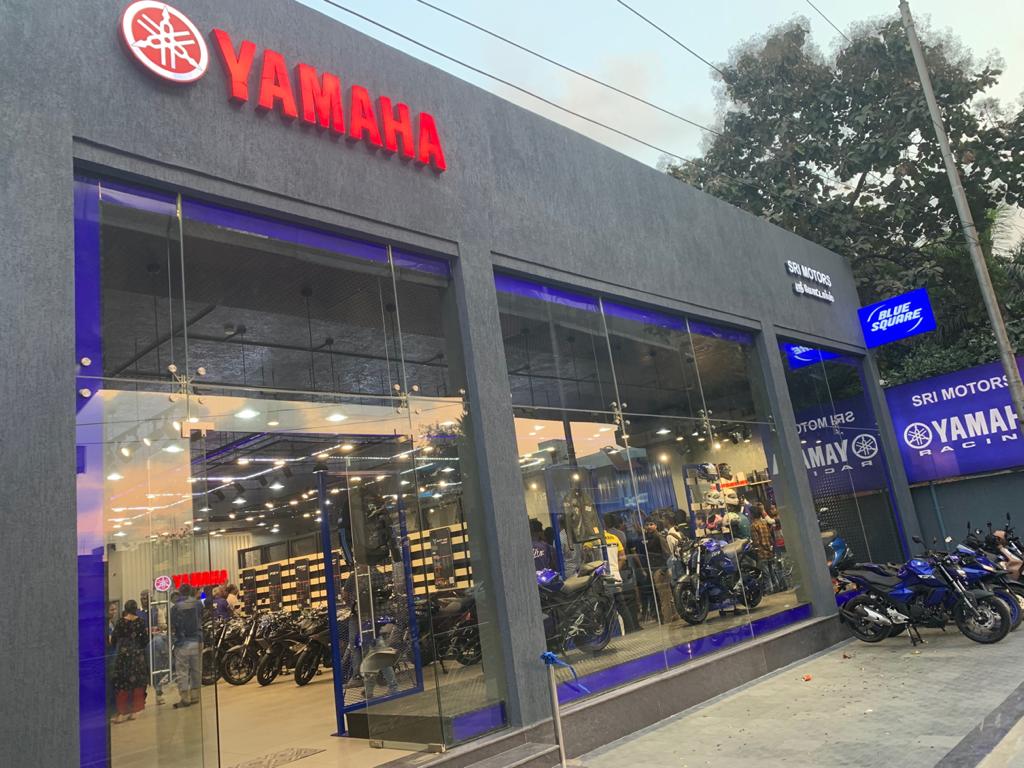 Yamaha Blue Square showrooms will come up in many more cities in the months to come. The company has aggressive plans to propagate its racing DNA…

Yamaha kicked off its ‘Call of the Blue’ campaign in the year 2018. It carried it over last year with new product launches and exciting experiences. A new part of this initiative is the ‘Blue Square’ showroom concept which is basically a completely revamped look-out of Yamaha’s flagship dealerships.

Through the Blue Square concept, Yamaha tries to showcase its racing DNA and this is through visual and exhibitory outline of the interior and exterior of the outlets. In a latest update, the company has officially launched its second Blue Square dealership in India in Chennai.

This dealership operated under the banner of Sri Motors in Ashok Nagar, Chennai, is spread over 2450 square feet of area and pushes Yamaha’s blue colour with vivid aesthetics. As you can see in the pics, the overall aura is, kind of raw, and exudes freshness. The products are placed strategically with their details and specs clearly displayed around them.

Yamaha is NOT Taking Fazer 25 to BS6 in 1st Phase; Is it Discontinued?

The first Blue Square was also launched in Chennai in December 2019 and the company intends to have more than 100 showrooms across India in an undisclosed timeframe. Apart from its motorcycles and scooters, Yamaha also intends to promote and increase sales of its lineup of accessories and apparels with this concept. These stores also house Yamaha genuine spare parts.