Guys rejoice. It’s the litre bikes’ season in India. Catch this news before it loses its flavour. Here comes the next bike maker to India and this time it is the VYRUS. Most of you would not have heard this brand. Its basically one that is known for bringing futuristic designed bikes on road. 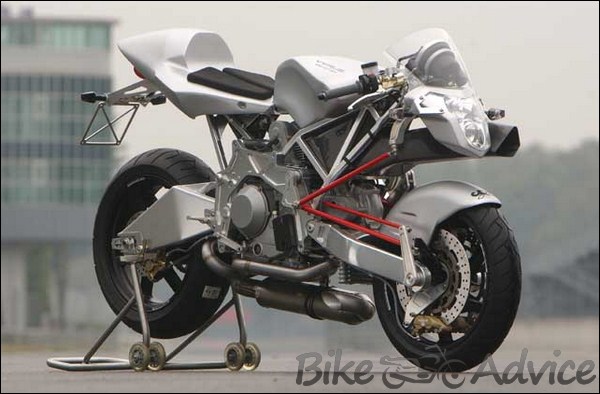 The models we expect for India now is the Vyrus 984C32V and Vyrus 985C34V. This is the news from Interglobe Aviation, the latest headline maker by bringing Koenigsegg’s Agera supercar to India. We have got news that Interglobe Aviation will come up with a new brand for itself named Established Products Private Limited (ESTD).

This brand would be bringing Vyrus to India.

Vyrus motorcycles in an Italian brand, which was working in tie-up with Bimota, until recently. Now, its building a reputation as a brand by itself.I would want to term Vyrus as a Premium superbike manufacturer. I call it so, because the price of these bikes are way ahead of Hayabusas and GSX1000R’s. In, fact for the price of a Vyrus, you can create a status symbol for yourself by owning both the bike mentioned above. The highlight of Vyrus bikes is that their engines are from the Ducati, the Italian superbike manufacturer’s stable.

Now let’s get to know little about the specs of these bikes.

Now what is so special about these bikes? Its that these bikes are light in weight and are equipped with most latest technologies. The light weight characteristic results in great initial pick-up, also enabling reaching these high speeds.

To get the pinch of expected price, it might be not less than INR 24 lakhs.

ESTD is also likely to bring Hollister and Grinnall brands of bikes to India.We’ll soon come up with next set of news about these brands in another few days.