As we have talked a little while ago that Vespa is planning to launch a slightly refreshed version of their current LX125 scooter, here it is, Vespa VX showcased to a few prominent auto media houses in India. 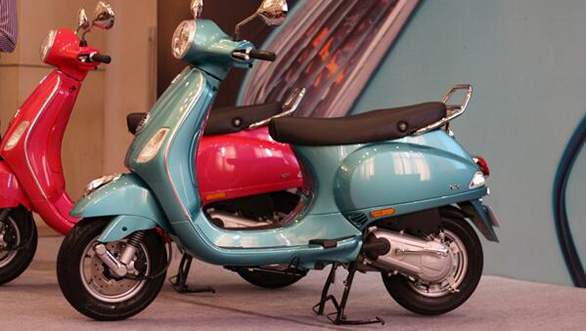 The biggest addition is the inclusion of disc brakes upfront. Upon second thoughts, why was it missed on the premium-costing LX125, in itself, is funny. However, now that the scooter is loaded, let’s list the changes reported by Overdrive.

Apart from the other cosmetic changes, we feel introduction of the disc brakes on Vespa was a much needed move. Disc brakes along with better Zapper tyres are definitely expected to lend the scooter much better poise and stability on the road. The company has also stopped the Black and maroon color options from the list citing ‘not-much-interest’ as the reason. 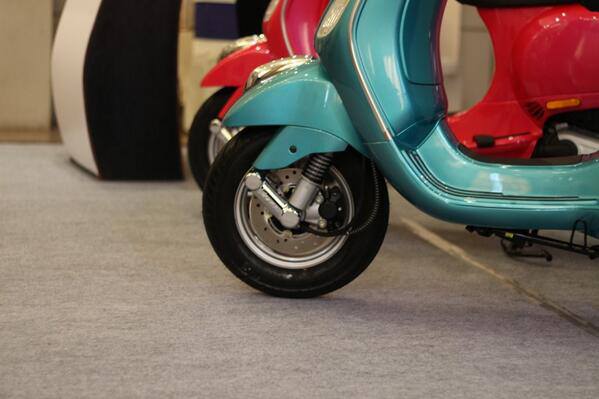 Overdrive also reports that Vespa VX might completely replace the LX125 if there is a major transition in sales (to VX). For now, Vespa LX remains as it is and continues to be ‘on sale’. This new Vespa VX comes equipped with the same 125cc 10PS engine with variomatic transmission.

Prices have been withheld for now and 20th of June is the reported date when Vespa will officially launch this VX along with the announcement of its price. It is, obviously, expected to get a slight premium over the regular LX!