TVS Apache RTR’s official Facebook page must probably be witnessing a spurt in their internet traffic these days. And why not?? After all, it’s their flagship machine that’s possibly set to get a new exterior. 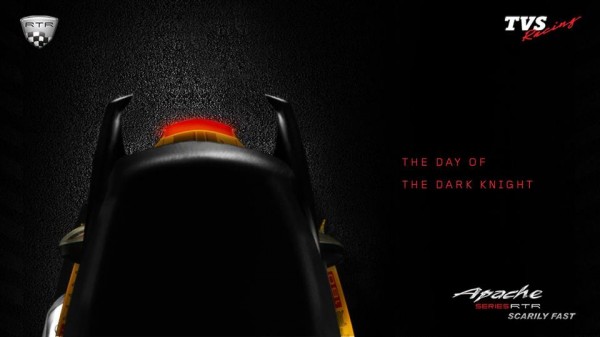 A few days back, TVS lifted the covers off this development of theirs. We had brought to you the news about their “New-Cover-Picture-cum-Teaser”, which declared “2 Days to go” for something of consequence. Apache fans downplayed the developments, infact one of them mentioned that according to the Admin of the FB page it was not any new bike but some contest about to begin.

True, the contest is up and running. Fans have a chance to win an Apache if their custom-decal design gets the maximum likes. But could there be a chance, no matter how slim, that Apache lovers might really have something to rejoice about? Ever since the teaser was uploaded, TVS has kept the fanboys guessing with a couple of more uploads. Mmmmmm……Venu’s Boys seem to be hell-bent on keeping the spirits running high!! 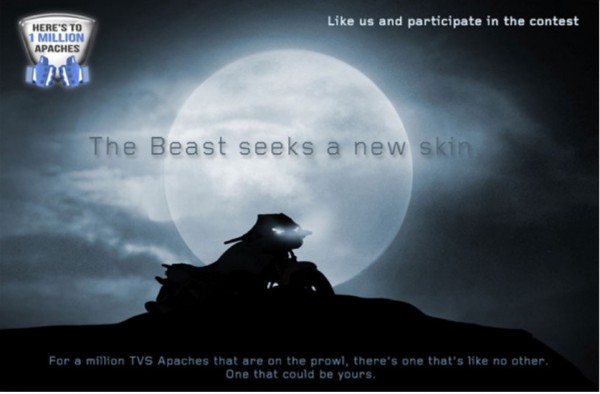 As some sort of a norm, TVS kept the backgrounds dark. One of the images provided a peek-a-boo of an all-new rear grab handle. The older Bull-Horn type handles are probably all set to receive a farewell, this new one seems “radical”. The other picture was somewhat more revealing, showing the beast in a “Skin-Shedding” mode. Quite a few baggage has been shed, infact those were the parts which had scored high on the “Ugliometer” basing on fans’ responses after the 2012 upgrade.

One million Apaches are prowling on India’s streets. Isn’t it reason enough for a celebration? Is a contest enough?? Or is TVS trying to build the tempo, with an unveiling to take place just as the Crescendo strikes???

What are your expectations from the new Apache RTR, if et all!