Valentino Rossi, who injured himself during April sessions of Moto GP, underwent a successful shoulder surgery.  Rossi underwent the surgery after the post-session Moto GP tests at Valencia.

According to the surgeons, the rider will need a minimum of 90 day rehabilitation before he can be declared fit for Moto GP 2011 season.

The nine time world champion underwent a successful shoulder surgery on Sunday at Cervesi di Cattolica hospital located in Italy. The panel of Doctors who operated Rossi included   Alex Castagna from the Milan Humanitas Institute and Dr Giuseppe Porcellini, one of the successful shoulder specialists. 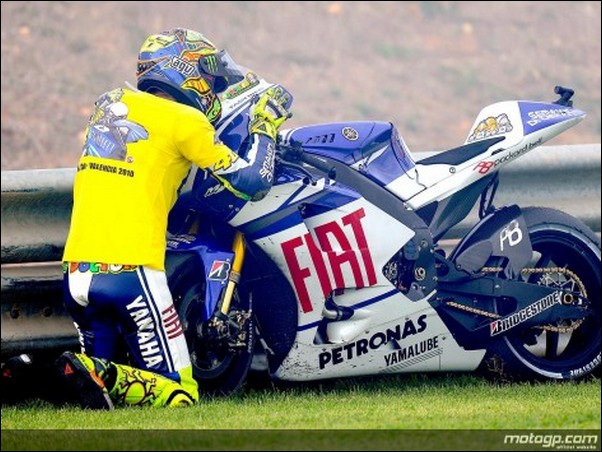 Doctors say that the condition of Rossi’s shoulders pre- surgery was critical and it would be hard to keep the season going with such kind of injury.  Doctors further added that the rider’s condition would take a minimum of 90 days to heal completely, however they are doing their best to heal him faster.

According to the news, the surgery lasted for two hours from 11:30 a.m to 1:30 p.m. Furthermore Rossi will remain in hospital overnight before he begins his rehabilitation. We can only hope that the rider gets well soon and starts riding all over again. At last, we wish Rossi a very best of luck for the coming Moto GP 2011 season.