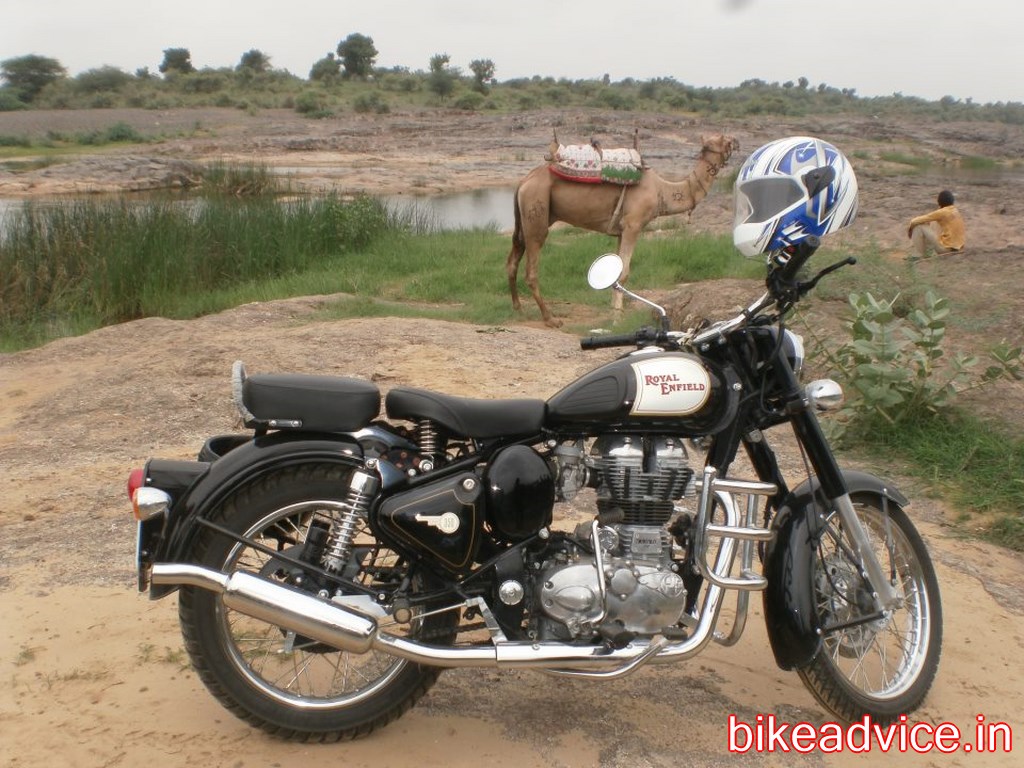 Prince has submitted this review in our Ownership Review Contest No 13, ensuring himself an assured prize. The contest also offers a chance to win Riding Jacket, Helmet and more.. You can submit your review to us as well. Here are all the details.

I rode my first Royal Enfield at the age of 13 in my locality. The bull belonged to my dad’s friend. I fell in love with it and decided to own a bull some day. 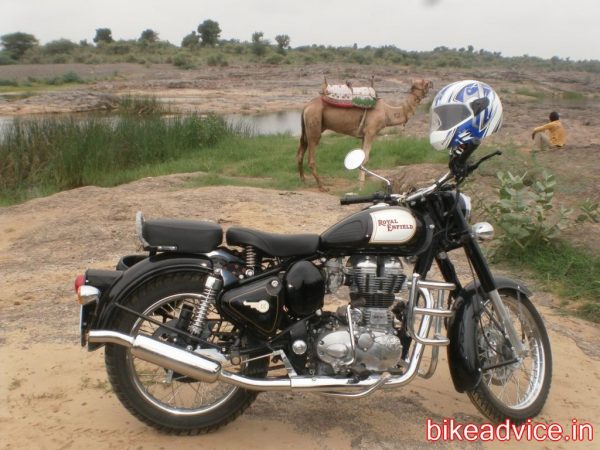 I still remember getting excited watching a Royal Enfield go by in the roads. The thump and the looks surely differentiated it from other bikes and two wheelers. Slowly and steadily affection turned to passion and the urge to own one became an obsession.

I finally purchased my first bull, at the age of 30 after years of patience and pain; the RE Classic 350 Black stood outside my house on a hot summer day in May 2012. 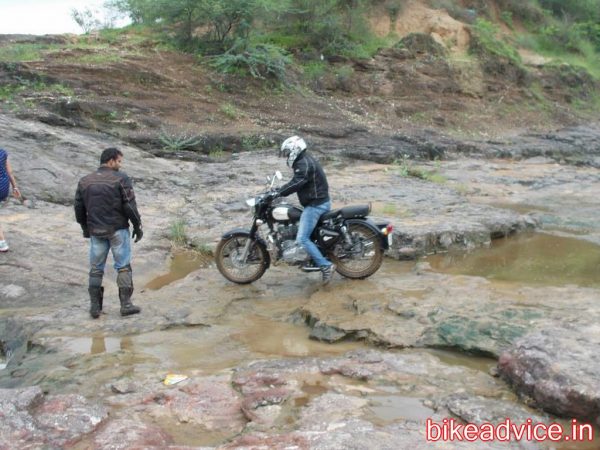 I had booked my machine on January and after 4 months of waiting I finally received it. I immediately had the silencer replaced due to the lack of thump in the original silencer.

The Classic gave a retro feel, and the best thing was that you could actually take out the pillion seat. So it meant it was just you and your bike, Pure Tranquility. 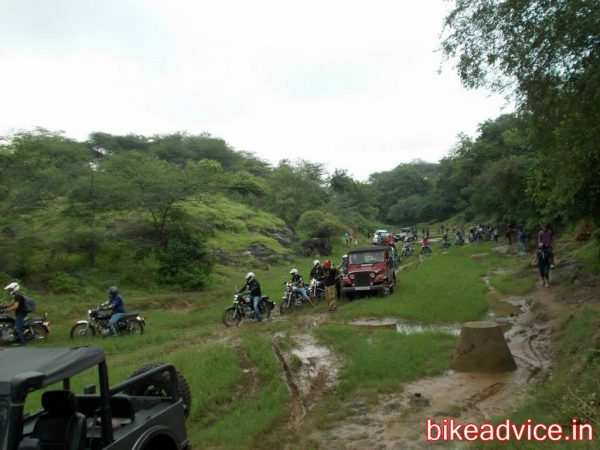 The Standard 350, Electra and the Thunderbird came with the same engines and lower cost, but somehow the Classic took my heart away. Being a fan of the retro Indian and Harley Davidson bikes, I had to opt for the Classic 350.

I owned a Hero Honda (Hero  Motcorp Now) Splendor which I rode for 7 years after which I purchased a Bajaj Pulsar 180 DTSI in 2005. The concept of “Fear The Black”, a Pulsar that came with black alloys and a black engine was fascinating. I sold it a month ago as I never rode it since the Bull came to my house. I was doing injustice to the Pulsar by not riding it. 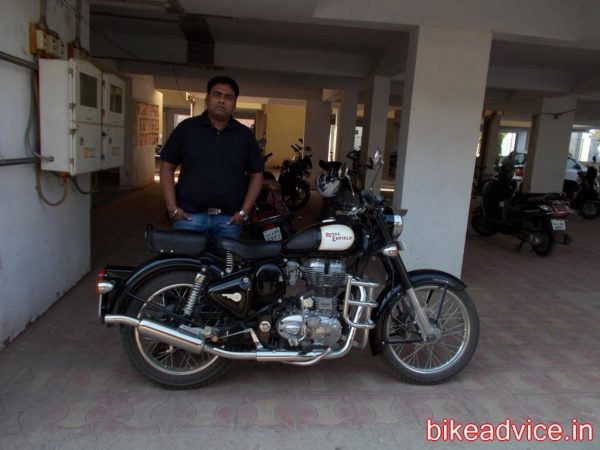 The third day after I got my Classic, the bike stopped on the road for no apparent reason and refused to start. I had to push it around 2 km’s with my wife taunting me all the way saying we should have got a car instead. I went to the Dealers Service Center and informed them about the problem. Royal Riders (The Dealer) were kind enough to send their mechanic along with me who rectified the problem in 2 minutes. The battery connector and another wire had some minor connection problems.

Since that day, my Classic has never caused me any problems. 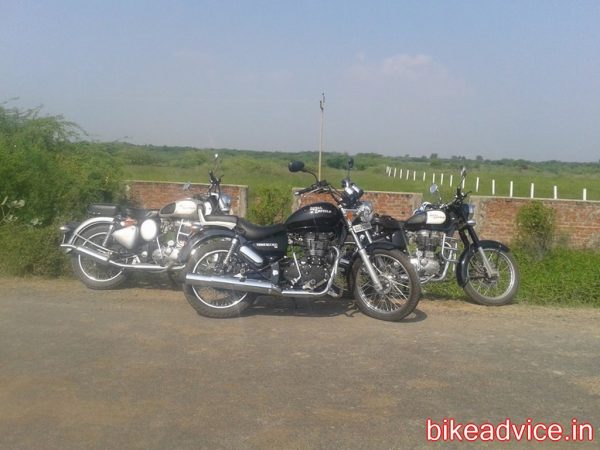 The bike came at an on road price (Ahmedabad) of Rs. 1,26,465/- which was reasonably high compared to  bike prices in India. But that’s the price you pay to own the best motor bike in its segment.

The machine cloaked a mileage of around 35 kmpl initially which improved after the first service. I commute from Ahmedabad to Gandhinagar via the SG Highway which gives me a mileage of 45-46 kmpl in the highway and around 40 kmpl in normal traffic. 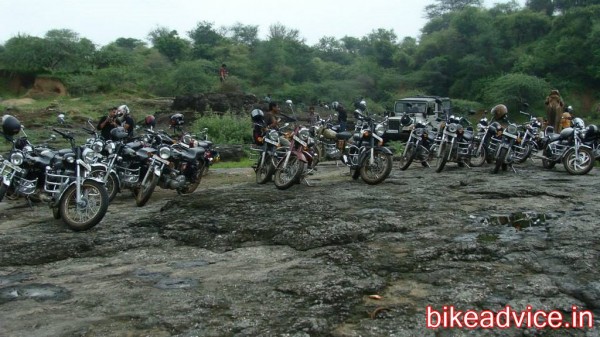 Having cloaked around 18,000 kms, following are some negatives of constructive feedback that Royal Enfield needs to focus upon. 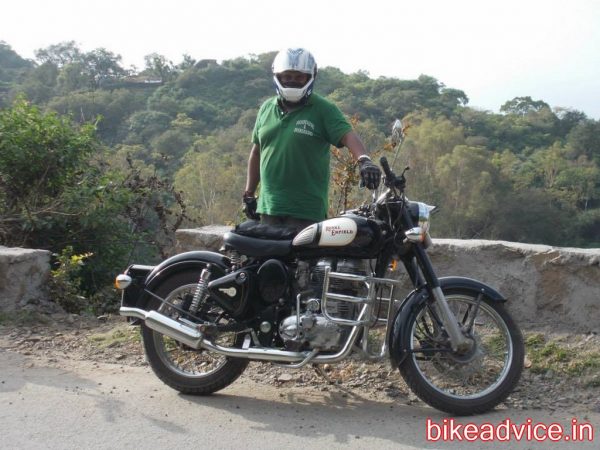 In this one and a half years with my Classic, I encountered one puncture, one issue with my accelerator wire and some minor issues with my disc brake pad. 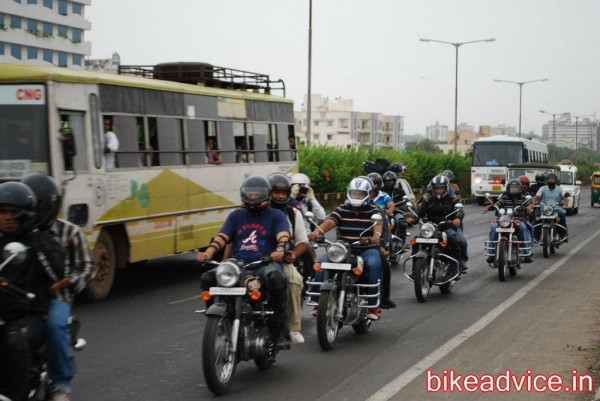 If you do not go for rides on your RE, you better sell it. This is the best touring bike in the country. I initially started with small rides (40-100 kms) and once I got a feel of it I took my bike out Mt Abu and then Udaipur which is situated around 250 kms from ahmedabad.

Having been to various trips in my previous bikes, riding the RE is a different experience in itself….. 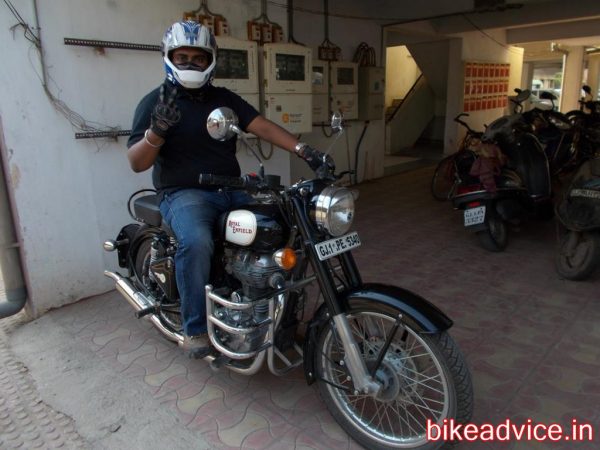 Those planning to buy a new 350cc Royal Enfield and are not too inclined towards the Vintage look can opt for the New Thunderbird 350, Electra 350 or Standard 350.

Love it, hate it…But you can never ignore a biker on his bull……Everyone is a Raja on a Bullet!

Check out List of all Bike Ownership Reviews at BikeAdvice