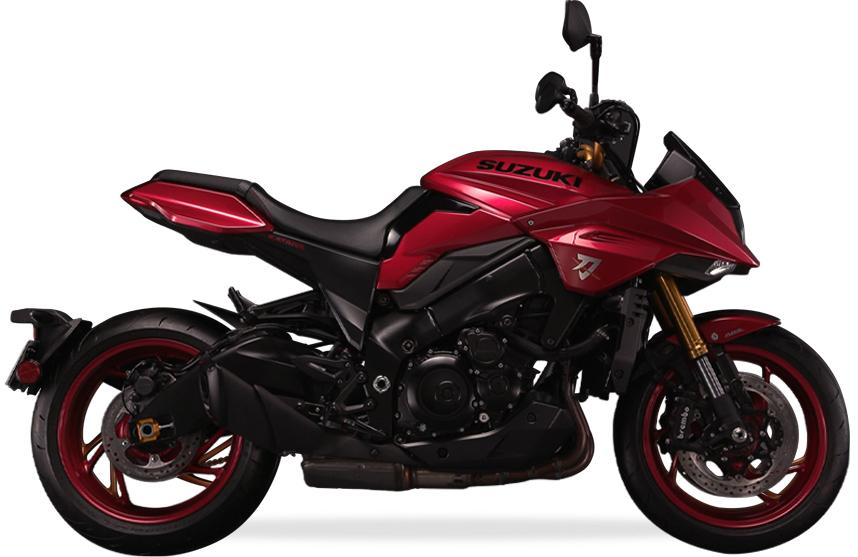 Based on the response, these may be the new variants of the upcoming Suzuki Katana. The red specially looks very interesting…

Coronavirus pandemic has led to the cancellation of the Tokyo and Osaka motor shows which were two of the main events where makers revealed their upcoming products. On the backdrop of this, Suzuki has considered it opportune to go ahead with their own mini-events.

In a latest, it has showcased two new versions of Katana in a virtual show. The two versions are – Matte Black and Candy Red. The red colored Katana is the more eye-catching version with red colored body, similar colored alloys and golden colored upside down front forks as well as the handlebar. The black colored model also follows a similar color theme with black as the base shade.

Both the versions look fresh and may become Suzuki’s upcoming models. There is a survey on the website and Suzuki appears to be gauging public response on these. However, as it appears there has been no official confirmation that these colors will go to production!

Suzuki also showcased the (regular) Katana at the Delhi Auto Expo earlier this year in February 2020. It was probably the only motorcycle in the complete show which people are looking forward to. And there already speculations of its possible Indian entry. You can read a related report here.

For the records, Katana is Suzuki’s liter class sports tourer which is powered by a 999cc, inline four cylinder motor capable of producing 147 bhp of peak power at 10,000 rpm and 105 Nm of max torque at 9500 rpm. This is the same engine of the GSX-S1000F. It is not known if there are any changes to the features of the mechanicals of these new variants.