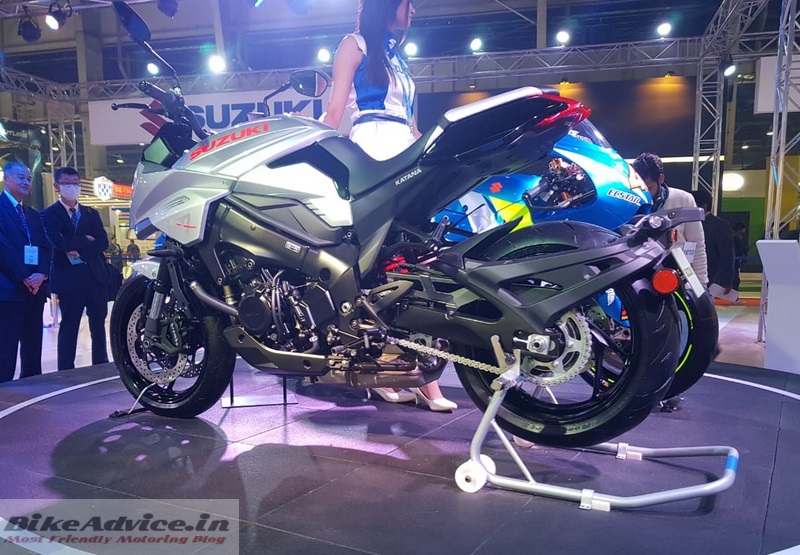 Vespa and Suzuki were the only two major two-wheeler manufacturers which participated in the recently held Auto Expo in Noida. Suzuki kept on display all its Bharat Stage 6 compliant models for the domestic market, apart from the MotoGP editions of its Burgman Street and Gixxer SF 250.

However, one product that caught everyone’s fancy was the Katana – the liter class sports tourer from Suzuki. The old 1980-90s Katana brand was resurrected recently and this is one of the product that flaunts it on its chest.

Suzuki did not reveal anything about Katana’s plans for our market at the Expo. However, a new online report crediting Koichiro Hirao, MD at Suzuki India and Devashish Handa, VP at Suzuki India, has surfaced.

They have cleared that it will take time for the motorcycle to become Euro 5 compliant (which is roughly equal to BS6) without which it can obviously be not launched here. Once it gains the emission compliance, Suzuki will conduct surveys and gauge public response. Based on the outcome, the company will consider bringing the liter class half-faired beauty to India.

So, if everything falls into place as planned, the earliest we can expect Katana to come to our shores would be next year. But we urge Suzuki to consider launching it here as a CKD (Completely Knocked Down Units) like the GSX-S750, so that the pricing is competitive and more people are compelled to consider buying it.