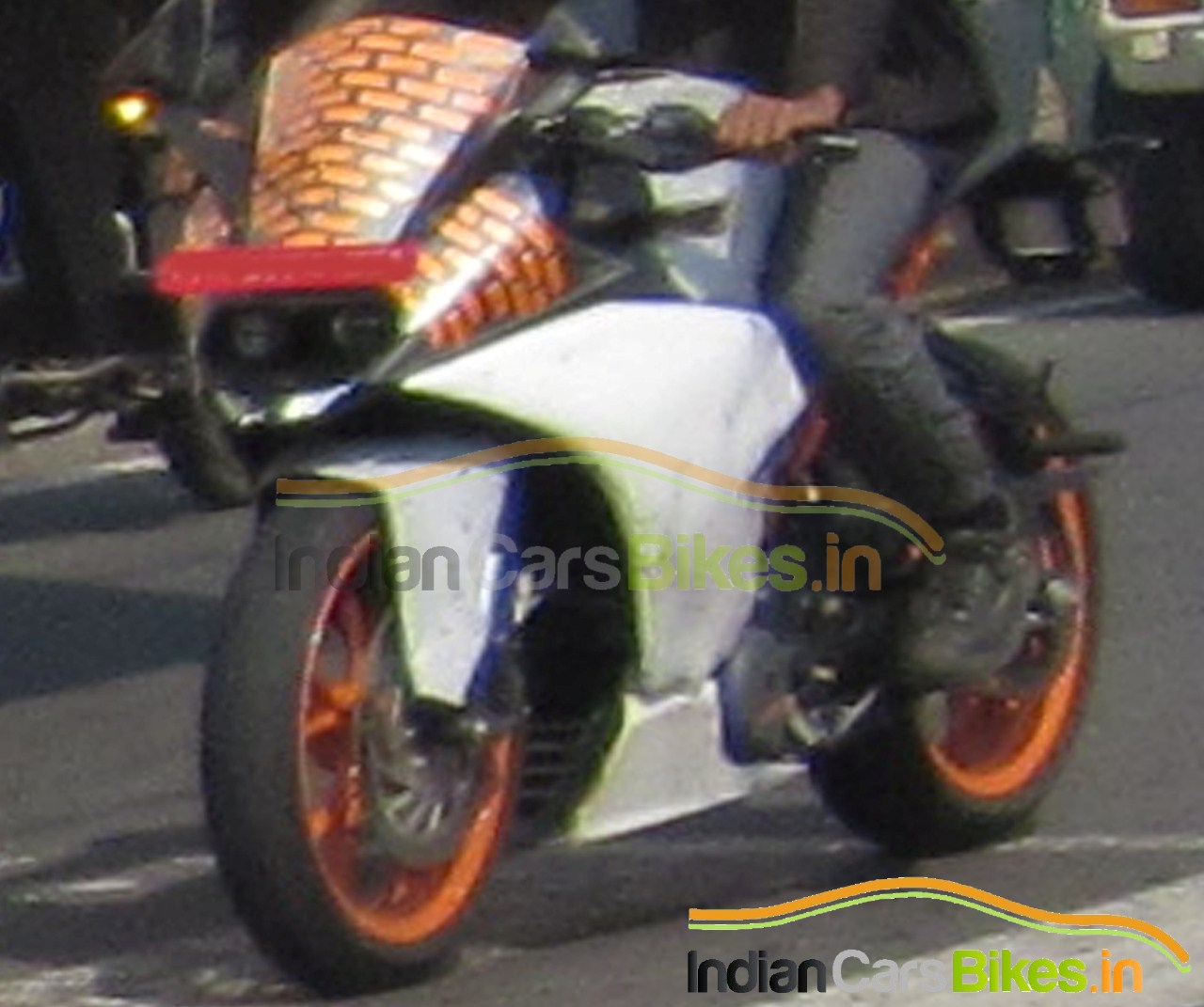 As we draw closer to the launch of the RC twins, their mules are shedding camouflage by the day. In a new update, folks at Indiancarsbikes.in have shared spyshots of a new RC390 test mule which is running with minimal camouflage. 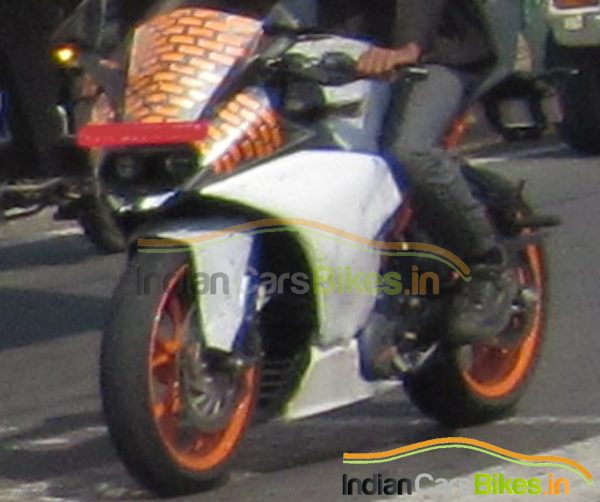 The test mule appears to besporting multiple ‘KTM’ logos on the fairing. Interestingly, the bike is being tested with RVMs (rear view mirrors) closed for reasons best known to the rider!

The riding posture, as we have talked about, is aggressive. The rear seat, which resembles more like a cowl, will ensure that the pillion is perched up high and should not be very comfortable. But that is a part of getting a thorough-bred sports bike! The side blinkers are tiny and that frontal shot gives us an illusion that this bike is winking. 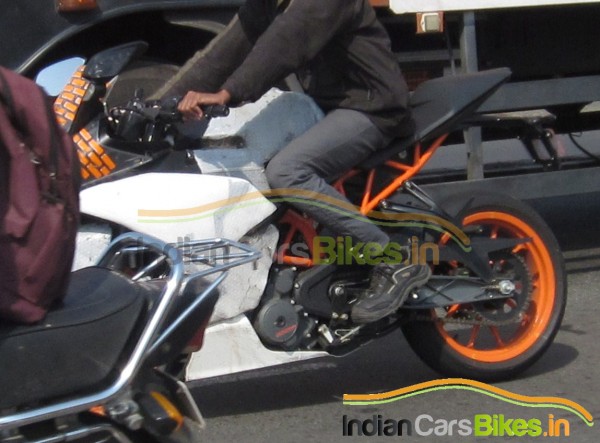 RC390 will be based on Duke 390 and will share most of the mechanicals including the engine. The 373.2cc single cylinder 4 stroke water cooled engine belts out 43bhp of power output and gets mated to a 6-speed gearbox. It gets 300mm front disc brakes and 230mm rear discs.

The RC390 weighs only 147kgs which gives it a fantastic power to weight ratio second only to sibling  Duke 390. However, a higher saddle height of 820mm and fuel tank capacity of only 10 liters are possibly the two biggest grouses with the bike. Hope Indian spec model gets some changes. 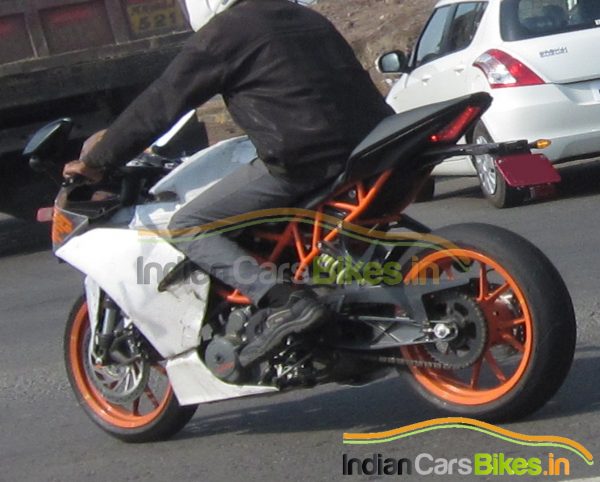 Duke 390 has reported issues of producing a lot of heat and we have heard that KTM is specifically testing this issue on these test mules and intends to reduce them as much as possible. Launch of both RC390 and RC200 are scheduled for this year, with the elder sibling coming in earlier, in around couple of months from now.