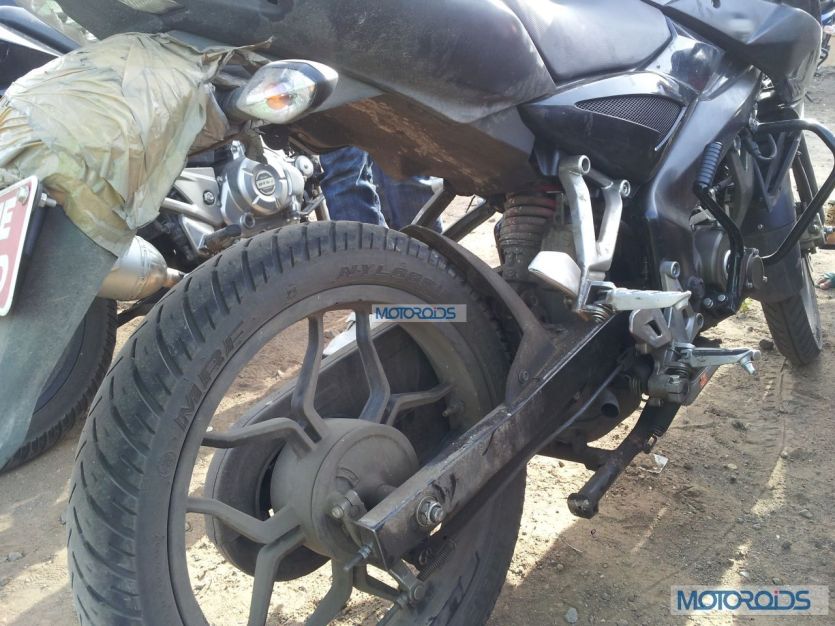 Our dear old Hamara Bajaj has not really had any major changes in the Pulsar line-up for quite some time after the Pulsar 200NS. Thankfully, with the Auto Expo in February, we got to know the new Pulsar lineup that Bajaj has in store for the market. 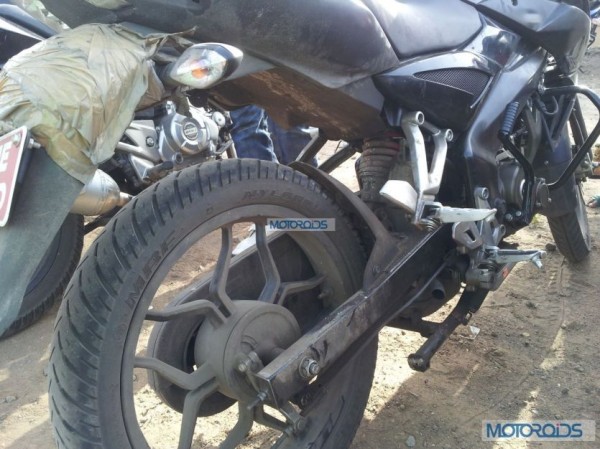 Apart from the flagship faired 400SS and 200SS, Bajaj is also working on one of their largest selling Pulsar – Pulsar 150. The P150 will get the Naked Sports treatment and may also be suffixed with one! The bike has been spotted on tests yet again by Motoroids.com, uncamouflaged and up close!

As we said, the new Pulsar 150NS has been inspired from their best looking 200NS. The bike will look almost as good but will be smaller. It doesn’t get split seats which may be because a lot of Pulsar 150 buyers are more commuter-centric and hence will opt for more comfort. 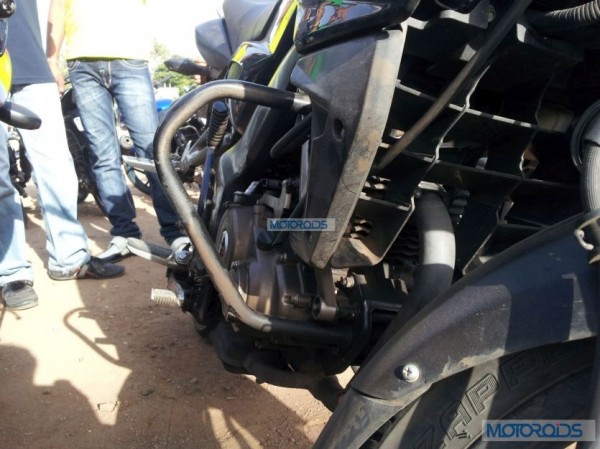 The mono suspension at the rear is one of the best changes to the bike along with petal discs at the front. New Pulsar 150NS also gets sculpted fuel tank with knee recesses, bikini fairing and 10 spoke black alloy wheels similar to Pulsar 200NS.

Internally, the updated 150 is expected to continue carrying a carburetor for fuel ignition duties instead of a fuel injector (which its elder sibling 200NS is expected to get soon). The same 100mm rear tyre is spotted here but the good news is the comeback of MRF Zappers from the TVS Eurogrips current Pulsar 150’s are coming along with. The silencer is also gone and in place is the new underbelly which the 200NS sports. 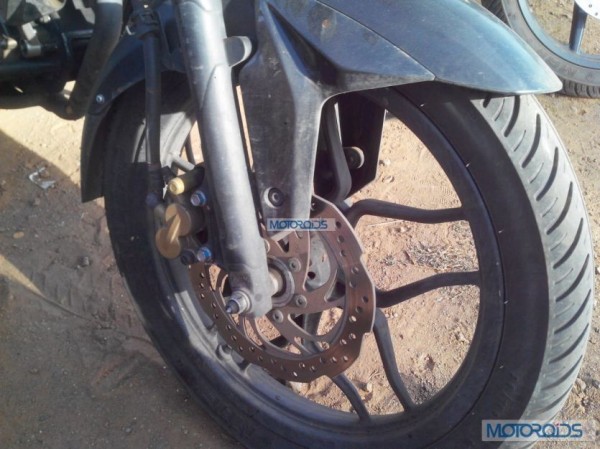 The bike has a typical naked tourer stance which would make it one of the best looking 150ccs in the market. We can also notice typical commuter features like covered chain cover and the absence of rear disc brakes. At over 15bhp, Pulsar 150 is already one of the most powerful 150cc bike in the market and with the new Triple Spark technology (yes, we have evidences that it will get one), power is expected to be even higher.

*An exclusive spyshot of the Pulsar 150NS on tests in motion

So, this essentially, will be the most comprehensive makeover Pulsar 150 will receive in a decade but will it be able to bring back the old charm amidst very intense competition?

Bajaj is expected to launch the new Pulsar 150NS sometime around the festive season this year. Keep tuned for more updates..