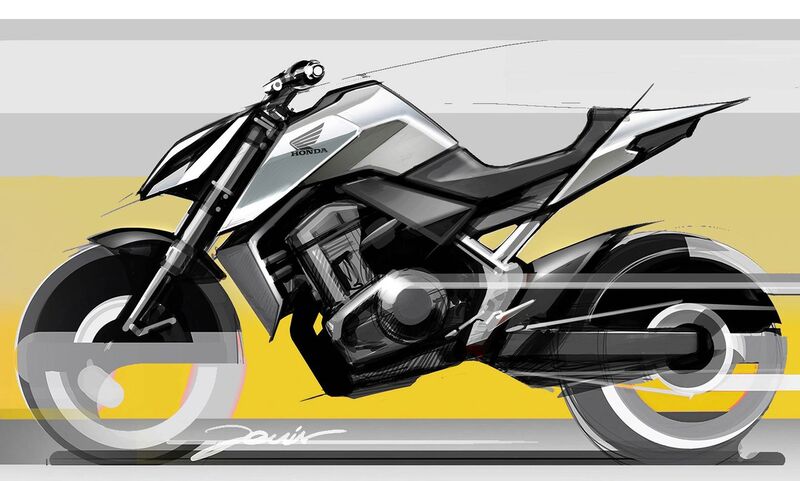 In India we have our own Honda Hornet 2.0 – which boasts a modest 184 cc engine producing 17 HP and priced around Rs. 1.35 Lakh starting. It is one of the best bikes in its segment offering ample performance and great value to the customers.

Yet, Honda is planning to bring a bigger more powerful Hornet in the upcoming months – but sadly will not make it to our shores anytime soon.

Back in November 2021, Honda teased a bigger, more sharper-looking Hornet concept with digital renderings, that took the international biking community by storm. Since then, the Japanese manufacturer has been hinting at some details here and there with a lot of it still unknown.

Starting with the weight, Honda wants to boast a compact design for the upcoming middleweight streetfighter and the numbers do reflect so. The Honda Hornet 750 will have a wheelbase of 1419 mm (competing with the current Ducati Monster) and a curb weight of 190 kg. The Royal Enfield Classic 350 tips the scales at 195 kg, just for reference.

Another detail that surfaced from the leaked document states that the handlebar measurements will be just 779 cm. These numbers indicate that the Hornet 750 could be a compact & agile motorcycle intended to have sporty handling.

Honda will be equipping the new Hornet with a 755 cc, parallel-twin, liquid-cooled engine with an output rated at 90.5 HP and 74.9 Nm of torque. This will be the same motor that Honda plans to use for its upcoming ADV – Transalp 750.

This motor will be connected to a 6-speed gearbox and could sport Slip & Assist clutch system as standard. Comparing it with the current engine offering –  a 745 cc, parallel-twin engine, more focused on the economy with its 58 HP output – the new 755 cc power-unit is aimed towards performance.

It is expected that the Hornet 750 will sport a decent package of rider aids –  a TFT display, ABS, traction control, and riding modes. It is also expected to ride on 17” alloys with a dual front disc and a single rear disc arrangement.

Once launched, the Honda Hornet 750 will have the Triumph Street Triple 765, Ducati Monster, and the likes in its crosshair.