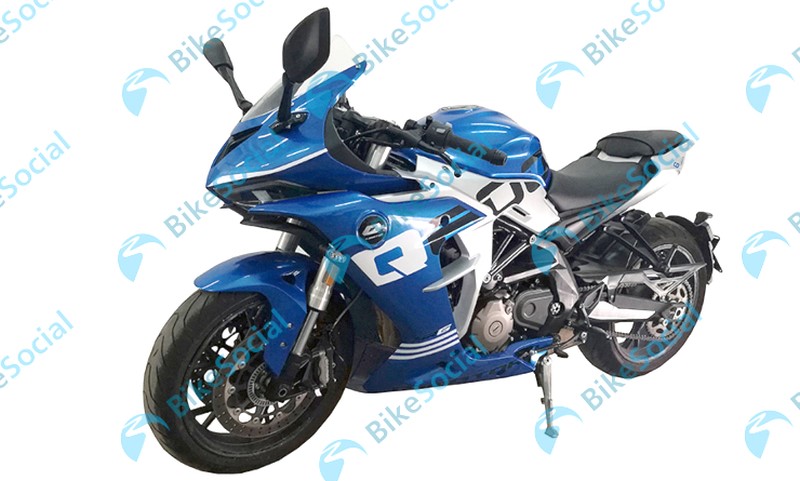 Upcoming Benelli 600RR spy pic has leaked on the internet. It will be a full faired, four cylinder, mid-size motorcycle based on the TNT 600…

Benelli is one of the most aggressive motorcycle company in the world specially in the mid-size motorcycle segments. After various other upcoming products, its new 600RR has been leaked for the first time.

The spy pic you see at the top sports the parent Qianjiang branding which it will use for the Chinese market. In other countries, it is expected to go under Benelli’s moniker. Benelli’s product plans, which got busted earlier this year, hint at this motorcycle’s eventual market name – 600RR.

With other faired motorcycles out of the range, the Benelli 600RR will join the smaller 302R, which is also set to get updated in the weeks to come. The 600RR will most likely be based on the naked TNT 600 – multiple iterations of which have already been spotted. Which means that it will be powered by the 600 cc, inline four cylinder motor which can pump out 80-85 bhp of peak power, which will be around what the Honda CBR 650R produces.

It gets an aggressive looking fairing with upside down front forks. Expect keyless ignition, backlit switchgear and a fairly big colored TFT display, which we saw on the recently leaked SRK 600, to percolate onto the faired sibling as well.

Going by the product sheet, the 600RR will be launched towards the end of this year along with another motorcycle – 600GT which is also expected to be revealed anytime soon.

Vikas Jhabakh, Benelli India’s head has already revealed that the company will focus on transforming the existing lineup into BS6 this year and new products will start coming in from next year (more details).