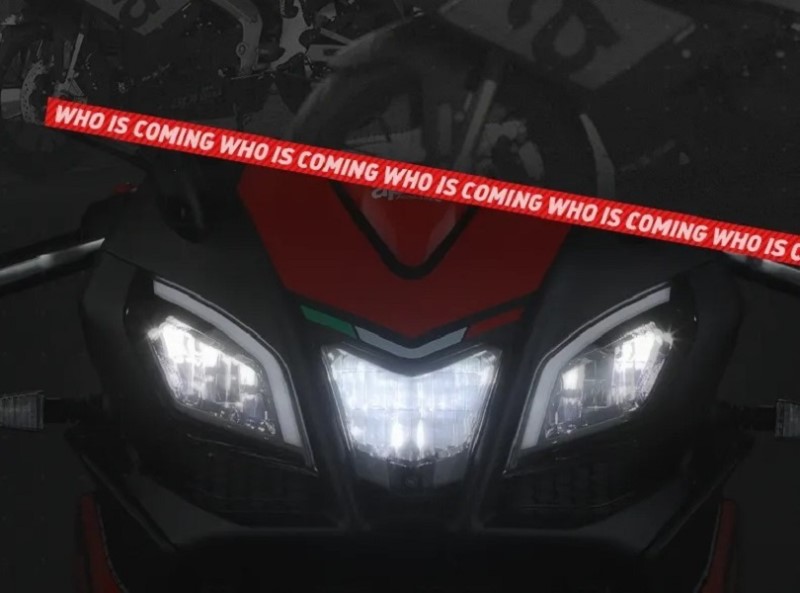 Upcoming Aprilia GPR250 will be launched in China next month. That is when we will also get to know its pricing. The company has started teasing the model…

Aprilia works in partnership with Chinese maker Zongshen in the China motorcycle market. The duo showcased a very interesting quarter liter motorcycle back in 2019.

The production version of the model was displayed at the Beijing Motor Show last month. And in a latest, the maker has started teasing the GPR just ahead of its official launch that is scheduled for the 1st of July 2021.

In the teaser pics, apart from some text in Chinese, some parts of the motorcycle are visible with a text ‘WHO IS COMING’ running all around them. The GPR250 is scheduled to be launched next month (in July 2021).

It is the sporty styling of the quarter liter that has gotten everybody interested as it mimics the company’s liter class models. The 250cc GPR will feature split LED headlamps upside down front forks, aluminum swingarm and clip-on handlebars.

Back in India, Aprilia showcased the RS150 at the 2018 Auto Expo, however, it has now confirmed that it is working on bigger motorcycles for our market. Now, there is a bleak little belief that Aprilia may want to utilize this GPR’s readymade platform on its India specific models. However, there is no concrete evidence of it yet.