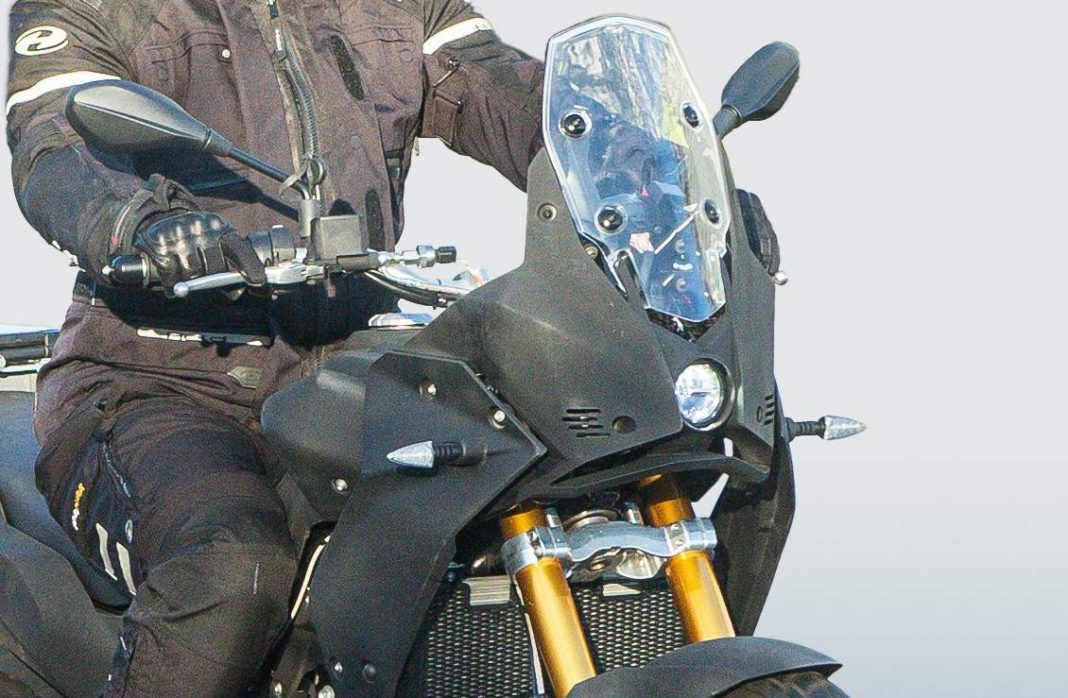 After officially announcing the naked version of the Aprilia 660 bikes, we have got our hands on the spy picture of the third model in the 660 cc family. We are talking about the upcoming Tuareg 660, which has been spotted in the wild in the clearest pictures so far.

Talking about the bike, the Tuareg 660 is an Adventure motorcycle which is based on the full-faired RS660. The motorcycle spied looks like an advanced prototype, and is likely to get into production pretty soon.

It will come with the 659 cc, parallel-twin engine that produces close to 100 bhp on the Tuono. However, since this is an adventure application motorcycle, there might be a different state of tune to it, which will help it produce more low and mid-range grunt.

The motorcycle looks rugged and gets long travel forks at the front, along with wired spoked wheels and Brembo brake calipers. While the yellow bars seen at the front section and the testing equipment on the rear seat are definitely not going to be a part of the production model, it looks like the overall design – including the face and the fairing will be the same in the production version.

It is rumored that Aprilia will launch the Tuareg 660 during mid-2021. And since the company has announced that it will indeed bring the Tuono 660 and the RS660 to India, we hope Aprilia also launches this ADV here.