The indigenous bike manufacturer, Bajaj Auto Ltd created a stir when it brought the Kawasaki Ninja 650R to the Indian market for the first time at a killer price of about 4.75 lakhs. It was the first foray of Bajaj Auto into offering high displacement bikes in India. With that killer pricing, the mean green Ninja 650R became an instant hit among the bike lovers. Such was the demand for this bike that Bajaj Auto had to stop bookings intermittently to avoid facing supply constraints. Well, the fault was at Kawasaki’s end allotting very few models for the Indian market. 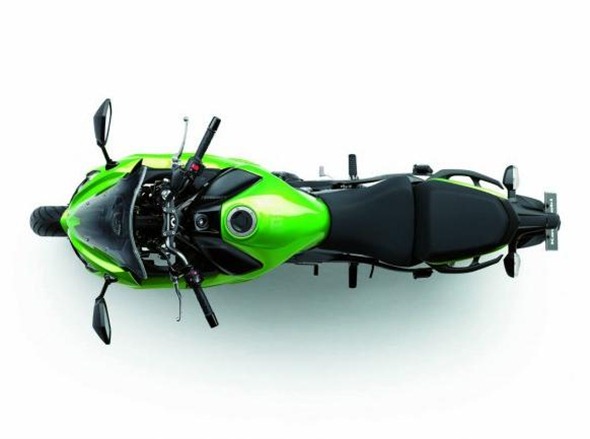 Come 2012, Kawasaki has given a fresh upgrade to its Ninja 650R and also taken some lessons from Indian markets. One good piece of news Bajaj Auto added along with the formal announcement of the 2012 Ninja 650R coming to India was that this time, the supply would be far more than the last episodes. According to some rumours doing the round, Bajaj Auto is likely to start the bookings from July-August, 2012. The bike is set to be launched in few days and we evaluate what we are looking forward to this year. 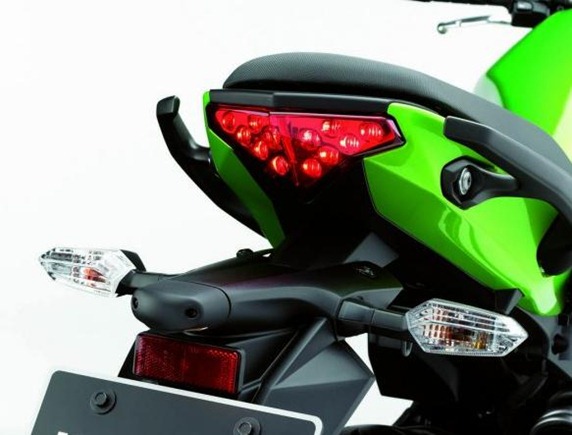 To put it straight, the 2012 iteration of the “Kwacker” 650 receives majority of cosmetic upgrades and nothing serious under the covers. Talking of styling, the most obvious is the design change done to the front fairing. The new fairing looks sportier and is also wider giving it a better “big daddy” bike aura all around. The headlight design remains almost the same. The other parts going under the designer’s knife are the fuel tank and the seat. The fuel tank gets a more chiselled design portraying aggressiveness. The rear ends are neatly sculpted for your thighs to go around it ensuring better grip. The rear end doesn’t receive any styling changes though sadly.

The 2012 Kawasaki Ninja 650R gets the same mill as the previous model, the liquid cooled, DOHC, 649cc parallel twin producing 72 PS @8500 RPM and maximum torque of 66 Nm @7000 RPM. However, it is believed that the 2012 model has been tuned to produce better low end and mid-range power. Instead of focusing on outright performance or best-in-class handling, Kawasaki has gone for a more holistic approach merging the “good” of both worlds. The same engine is also likely to receive new pistons for smoother power delivery and a revised intake system giving a better engine noise. The short “underbelly” exhaust muffler is also tweaked somewhat for better gas flow and noise. It is no secret that the outgoing model did not make the best of the exhaust notes unlike its sibling, the 250R. The power unit is coupled with the same 6 speed manual gearbox.

When it comes to handling, there is indeed some sweet surprise in store. The updated Kwacker gets a much stiffer twin-spar perimeter type chassis fabricated of high tensile steel which is expected to make it more agile round the corners allowing bikers to pull off increased lean angles. In addition to that the saddle design and height has been tweaked with. The new seat is wider, thicker and has more significant amount of cushion letting you do your dream touring rides with absolute ease. The saddle height has been slightly raised up this time but the positions of the foot-pegs have been changed to give a better stance. The front gets 41mm hydraulic telescopic fork while the trademark single offset style laydown shock does duty at the rear. Braking power remains the same with dual 300mm petal discs at the front and single 220mm petal disc at the rear. An interesting piece of news we have come across is that the 2012 version might get ABS as optional. Now this would be a very lovely addition to this fast machine! 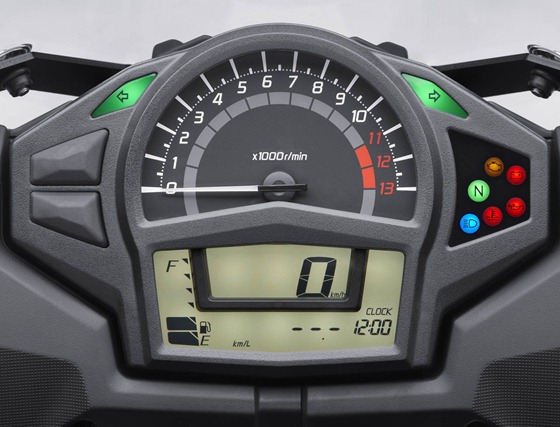 The 2012 model receives some improvements to its instrument cluster too. It now sports a large tachometer above a smaller digital speedometer, and the display now offers fuel economy and cruising range info, as well an “ECO” indicator that shows when you’re riding with a light throttle. Although, it doesn’t look very high tech but its neatly laid out and offers clear display of all the information. 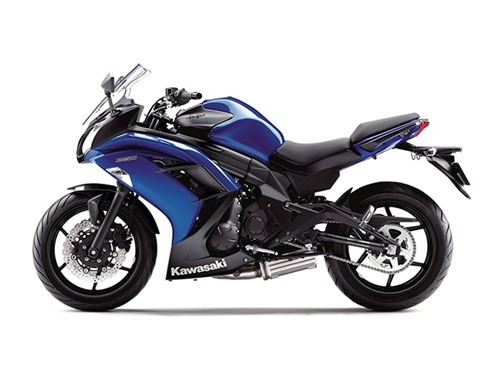 All in all, the 2012 model is about to get some welcome changes to make the mean green machine more desirable. However, Bajaj Auto seeing the huge response last time is planning to increase the price of the bike. It is expected to retail at Rs. 5.8 lakhs (approx). Make up your minds fast in case you desire to possess such a fast piece of cool machine! BikeAdvice will also bring out a more detailed review of 2012 Ninja 650R after its launch. So stay tuned!.