Right besides the Honda’s stall, TVS’s was one stall which was full of glitz and gamour. Though they did not officially launch any product as such but had many interesting bits to lure people to their show, obviously apart from girls! 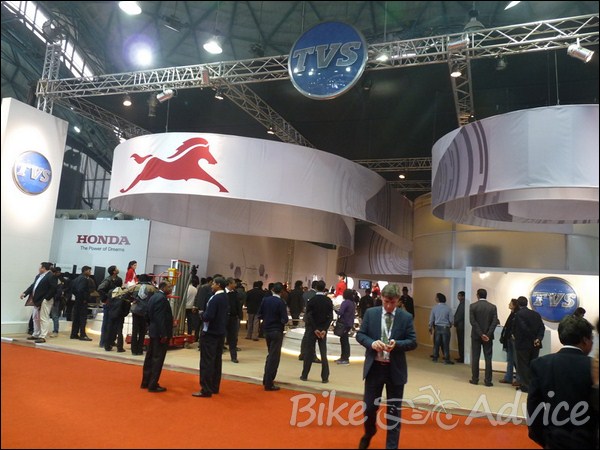 Apart from their concept scooter Qube and off roader TVS RTR250fx which we have already reported, TVS had a lot of other stuff on display.

Launched in Indonesia sometime back, Tormax 150 has a lot of technical advancements going in its favor. For one, it is a 3 valve liquid cooled 150cc engine which produces 13.2 PS of max power @ 8000 rpm. The other is its monoshock suspension.

It weighs only 112 kgs. This makes me wonder, why ain’t the 3 valve, liquid cooling and mono-suspension has not made to any of TVS bikes in India. 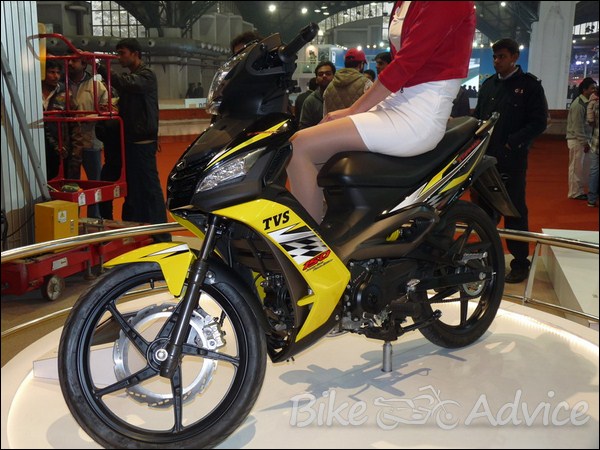 This step-thru in Black-yellow combo was showcased by TVS. I don’t feel it would make it into a market which is not known for step thrus, however the technology I am sure would make it to TVS bikes very soon. 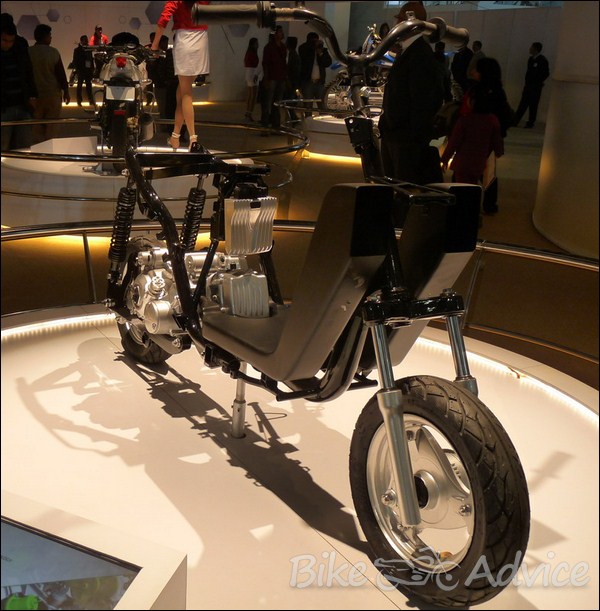 According to TVS this technology will enhance fuel efficiency by 20 percent. It allows change of gears effortlessly through electronic control. It also comes with an innovative ECU (Electronic Control Unit) which helps in enhancing the performance and fuel efficiency of the engine. TVS has high plans of applying this innovative technology on many forthcoming products.

TVS had also on display a refreshed Star City which had some snazzy graphics running all around the body of the bike. In a combo of black, white & green the bike did look fresh. 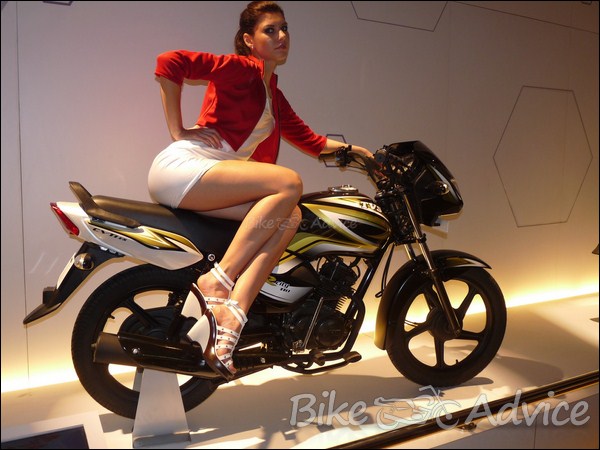 Also on display was an unknown (at least to me) motorcycle called as Radeon 125DX. By the badging it looked like a 125cc motorcycle. Ironically, it looks exactly the same as the new Jive in its new refreshing colors with a changed badge. I don’t know if TVS wants to gauge public response and launch this in India. 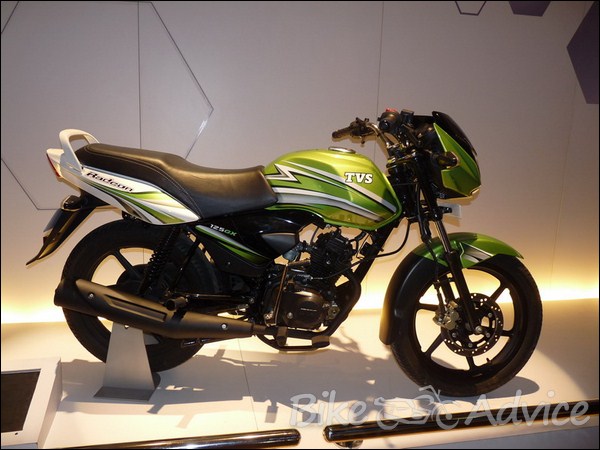 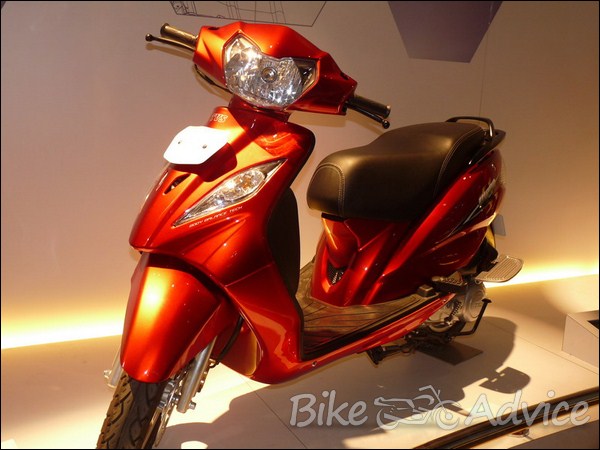 The predominantly female oriented scooter Scooty Pep+ had a new color combo on display. The scooter in white with red graphics was on display. There was also a tinge of silver all across the scooter. 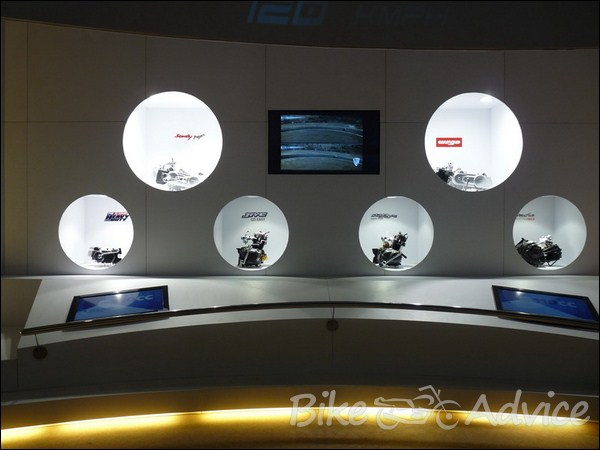 Apart from these, their regular models like the TVS Sport ES, Apache RTR160 HyperEdge yellow, Apache RTR180 in matt grey and Apache RTR 180 ABS in white were also showcased. Incidentally, TVS did not have on display their clutchless wonder Jive and the controversial 125cc Flame.